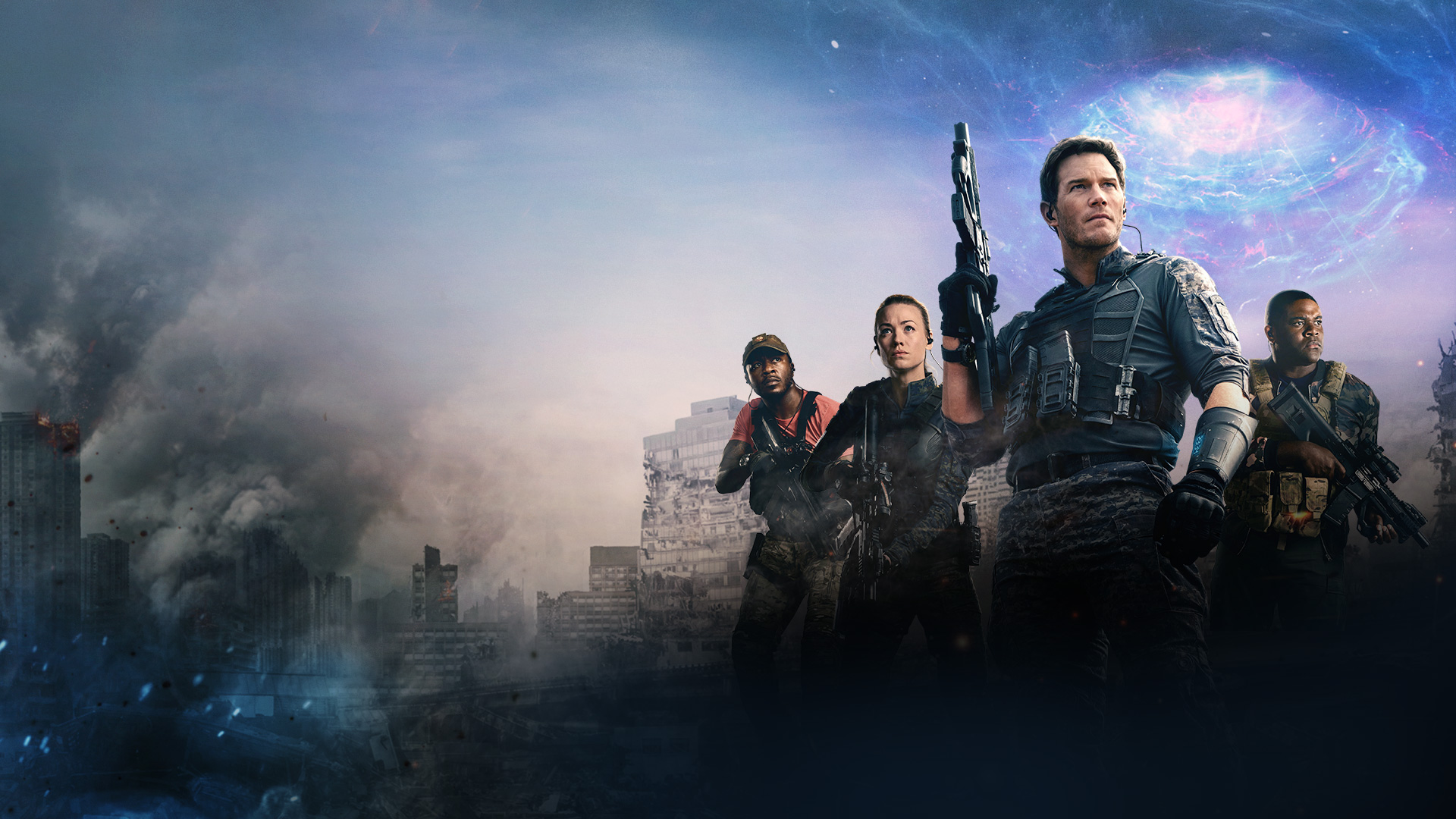 What if you were drafted to fight in a war that hasn’t happened yet? Would you do it? What about if it was alongside Chris Pratt? Well, you can see how that would pan out in Chris McKay’s new flick The Tomorrow War, streaming exclusively on Amazon Prime today.

Chris Pratte stars alongside Yvonne Strahovski, J.K. Simmons, Betty Gilpin, and Sam Richardson. The flick was shown to limited test audiences a year ago, and while I’m not sure if the film was a casualty of the pandemic causing its release to shift and change leading to a streaming release or not, it seems to be one of the bigger releases coming to streaming platforms this summer.

The story follows Dan (played by Pratte,) an ex-military science teacher who is looking for a career change (he gets one, although it isn’t quite the one he was hoping for.) It turns out, the future is hiring! Publicly broadcasted during a major sporting event, a rift opens above a stadium dropping a handful of soldiers and a spokesperson who claim to have traveled from 30 years in the future. In their timeline, an alien race has attacked Earth and almost completely wiped out the human race, and within time, will soon cause an extinction level event. As a last hope effort, humanity has reached out through time in a man-made wormhole to ask for help to save the future. A future that won’t exist unless the people of today risk everything to save themselves from a future that hasn’t happened yet. With limited individuals able to help, and a high casualty rate of those who make the jump to the future, the world has decided to enact a draft. Average citizens are drafted and sent on one-week tours to fight the alien invasion that have come to be known as the “white spikes.” But, time is running out for the fate of the future, and an average group of individuals, including Dan, is humanities last hope in securing a livable future for the human race.

The film was a typical sci-fi blockbuster, with lots of fun action shoot-em-up scenes, big explosions and bright colors. With Pratt as our leading man, it wasn’t surprising to see the script lighten the Armageddon-like tone with bits of comedy, funny one-liners, and a diverse group of characters that make you smile (Sam Richardson’s Charlie in particular, was my favorite.) Usually with sci-fi blockbusters, we don’t get much of a character arc for members our leading cast, but The Tomorrow War broke that mold in an untraditional fashion. Throughout the action scenes, we get little moments of clarity for our characters that help to create a solid backbone for the film. In other words, the audience actually feels a little unsettled when some of the characters are violently ripped to the shreds by CGI aliens. That’s right, while it’s a fun feature, it is definitely violent, and while the film has premises similar to Jurassic Park and the most recent successful creature flick A Quiet Place, it seems to be a little more extreme than the aforementioned titles.

I’m unsure of what the distribution plans originally were for the film, but I think Amazon Prime is a good home for the movie, and making its debut to stream exclusively for subscribers seemed fitting. If there is one thing we have learned over the past two years, it’s that some movies are made to be seen in theaters, while others can be proven more successful when watched from home. The Tomorrow War is a perfect example of this. It was enjoyable, and checks all the boxes for a big summer release. But, I don’t think the film would’ve made that big of a splash at the box office. I’m not saying it wasn’t enjoyable, because it was. While the CGI creatures were a little big much, it proved to be a fun action-adventure that entertains for its two-ish hour runtime. With the holiday weekend coming up, and those who are looking to kick back and relax and escape the heat, check out The Tomorrow War, and let us know what you think!