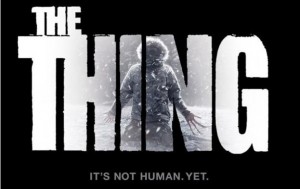 Of all the recent remakes, reboots, sequels and prequels, John Carpenter’s The Thing stood as a film that many consider to be a classic. Its meticulous editing and mathematical composition have made it practically legendary. However, even with its strengths, it lacks a certain character depth and has become slightly dated. Considering John Carpenter’s The Thing is a remake itself (of The Thing From Another World, which was an adaptation of a John W. Campbell Jr. short story) it shouldn’t be blasphemous to update the story for our current generation. However, aside from modern special effects, this new version doesn’t bring anything better to the table.

The special effects are part of what made The Thing (1982) so memorable. While they seem dated now, they still pack a punch. The Thing’s (2011) special effects rely heavily on CGI instead of practical effects and are less effective because of it. There are a couple scenes that showcase how good the CGI effects can be, but the lack of restraint keeps the monsters from being all that frightening.

We all know special effects aren’t everything, but if you can’t provide a good story at least give the audience some eye candy. Even without the action components of the film, the characters don’t provide enough interest for us to care about their safety. Every character seems almost identical. Mary Elizabeth Winstead shows us none of the talent or personality we saw in Scott Pilgrim vs. the World and Joel Edgerton is given nothing to do in his Kurt Russell-esque role as Braxton Carter.

This remake will ultimately be judged by expectations. Those wanting to see the suspense and quality of the original will be sorely disappointed. Those who want to see a mildly entertaining action movie in Antarctica might be pleasantly surprised. While the film isn’t awful by any measure, it just doesn’t feel inspired. In another year, The Thing (2011) will fade away into the bargain bin of horror remakes with When a Stranger Calls, Black Christmas and The Amityville Horror.