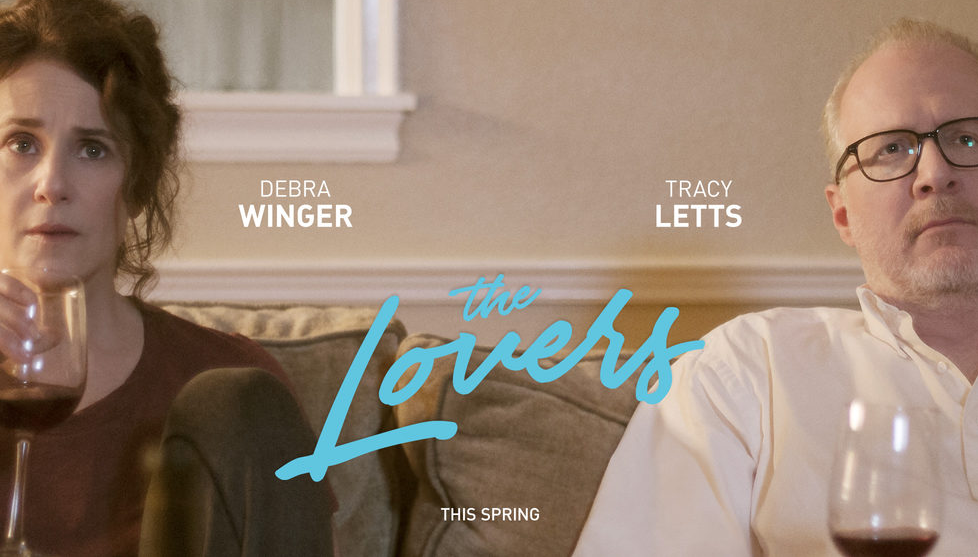 Everyone who’s dated knows the drill. You meet someone, you fall in love, and everything’s perfect. As time goes on, though, you wear on each other, and the spark slowly fades to the point that you’re nothing more than tax-saving roommates.

And that’s the catch of The Lovers. Rather than showing a budding relationship in its nascent stages, where nothing can go wrong, we find ourselves jumping in at the very end of a marriage. It’s a jarring adjustment from the get-go, beginning with the string-heavy score that feels like it was ripped from a 1940s film. It’s anachronistic when set against a modern film, and it almost seems like it was there to remind us that this isn’t, in fact, a normal romantic comedy. Unlike the marriage of Mary (Debra Winger) and Michael (Tracy Letts), though, it actually works.

We don’t really get to see when and where everything went wrong for the couple; instead, we deal with the after-effects. Neither side is innocent for the corrosion of their relationship, as each has a lover on the side. Mary is doing the dirty with an Irish writer named Robert (Aidan Gillen) who wants nothing more than for Mary and Michael to divorce so she can move in with him. Meanwhile, Michael’s been bumping the bits with a dance instructor named Lucy (Melora Walters) whose passion and emotional outbursts often leave the two at odds. 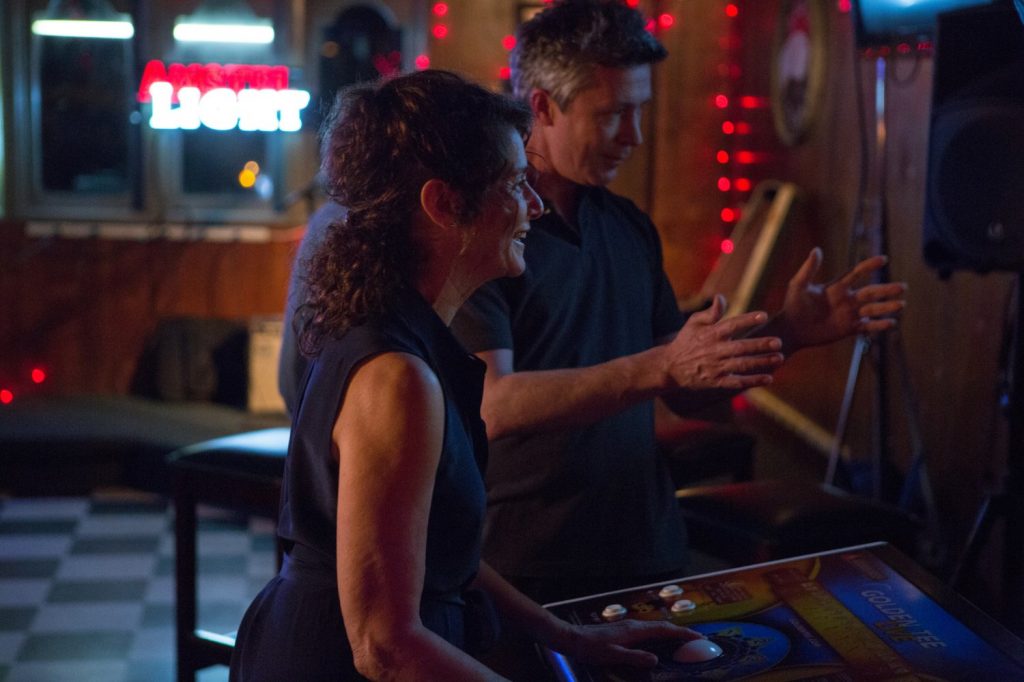 It’s perhaps a little unfair to label The Lovers as a romantic comedy, as for the first half of the film, there really isn’t any romance. The affairs are little more than random meet-ups, preceded by calls from one spouse to another indicating they won’t be home that night. It’s an intentionally slow build-up to the point in the film where the plot begins to turn, starting with a small, innocent kiss between husband and wife after waking up. From there begins an affair within a marriage, of sorts: Mary and Michael canceling plans with Robert and Lucy up until a visit from their son and his girlfriend (Tyler Ross and Jessica Sula, respectively).

I’d be in remiss if I didn’t give credit to both Debra and Tracy for their performances. Neither of their characters are really what anyone would consider “good,” given that they’re both prone to cheating, but towards the end of the film, I found myself actually starting to root for them, hoping they could reconcile. Their awkward interactions and conversations in the beginning of the film are appropriately cold, and I feel like it’ll hit close to home with quite a few people. It’s not meant to be a sexy, hormone-driven romp, but rather an unfortunate scenario that plays out all too often. Robert and Melora, too, give solid performances, and Tyler is terrific in his role of a son who had to witness the dissolution of his parents’ marriage when he still lived at home.

It’s not a film that’s going to be a blockbuster, and more than likely it’ll get overlooked this weekend in the wake of a couple other films this weekend, but it’s an excellent look into what could be considered an almost normal life. That might seem a little boring to some, but it isn’t necessarily a bad thing. In viewing The Lovers, we might find ourselves looking in the mirror a little more than we might actually anticipate.

The Lovers gets a B. 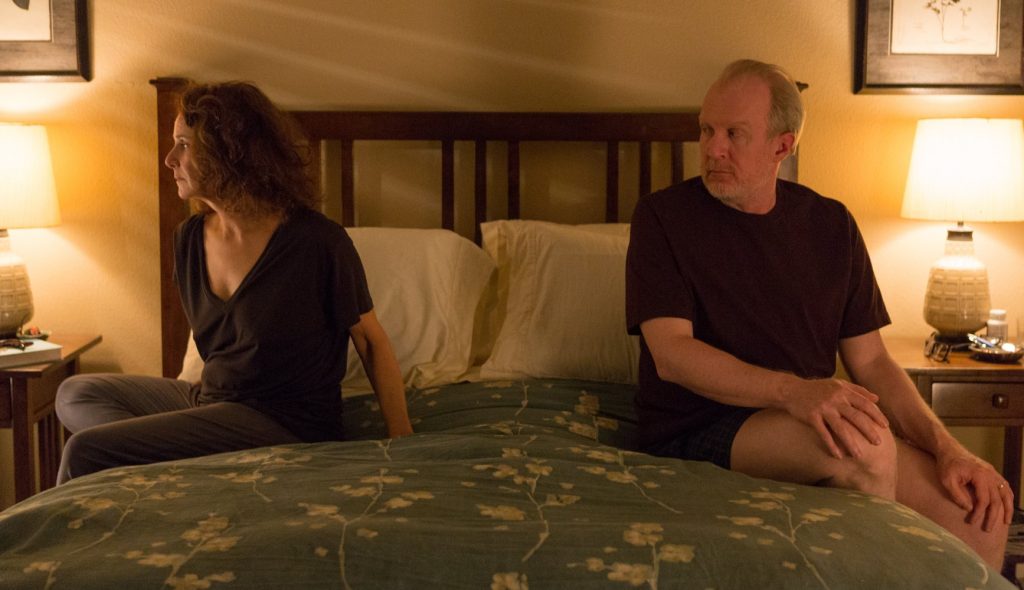