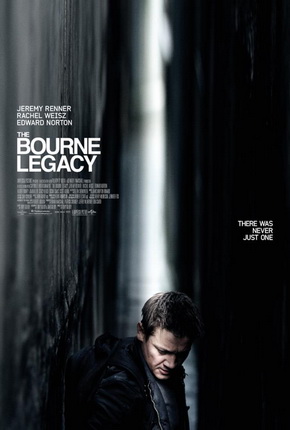 What’s the best way to ruin an excellent film franchise?

Other than hire Kristen Stewart to “act” in it (because let’s face it, she sucks at everything in life other than grimacing), the quickest way is to lose the franchise star and director. Many a film series have tried to go on without one or the other; few succeed with one being gone, let alone both.

The Bourne franchise was one of my favorite film franchises going through college, and I was pretty happy with the way the trilogy ended. Upon hearing news of a fourth film, I probably wasn’t the most enthusiastic, but I figured I’d give it a chance. When I heard neither Matt Damon NOR Paul Greengrass would be involved in the project, I lost a lot of hope. Happily, I can say the film retains a lot of the hallmarks of the franchise, even with fresh faces involved.

The film opens during the middle of The Bourne Ultimatum when reporter Simon Ross gets gunned down. In the wake of the revelation of Operation Blackbriar, a decision is made to shut down the CIA’s other black operations programs, and all the operatives involved are to be killed.

For some reason, this solution doesn’t sit well with Aaron Cross (Jeremy Renner), a part of Operation Outcome. A former soldier who is officially dead according to the Department of Defense, Cross is a part of a program that has been manipulating the chromosomes of its subjects. Each person is given a green pill, which enhances their physical attributes, and a blue pill, which greatly increases their mental acuity. After narrowly escaping the assassination attempt by both the CIA and a hungry, hungry wolf, Cross, almost out of pills, tracks down one of the scientists involved in the process, Dr. Marta Shearing (Rachel Weisz), who was responsible for adjusting the dosage in the pills. She herself is nearly murdered but for the intervention of Cross, who begs her for more pills.

As it turns out, Cross was originally a man named Kenneth Gibson, whose intelligence was so low his recruiter had to add 12 points to his IQ in order to get him into the Army. Desperate not to go back to that lifestyle, he seeks a permanent solution. Fortunately, according to Shearing, if he is inoculated with a live viral version of the pill, the effects would become permanent; the problem is, the resources are all in Manila. Desperate to hunt him down, Eric Byer (Edward Norton), Cross’ former handler and field officer, devotes all his free time to tracking down Cross and Shearing and stopping them.

Ok, well, it’s not exactly a carbon copy of the previous Bourne movies, but it’s not a complete paradigm shift, either. While the film lacks the presence of Greengrass and Damon, writer/director Tony Gilroy is well familiar with the franchise, having co-written the first three films in the franchise. The film progresses quickly, but is never too fast or complicated as to be indecipherable to a casual viewer.

The acting is neither here nor there; nothing’s good enough to earn any accolades, but there aren’t any awful performances, either. Renner is an excellent actor (his role in The Hurt Locker is one of the best performances of the last decade, in my opinion), but he doesn’t have a lot of emotive material to work with here. Norton wasn’t awful by any means, but his role was kind of a disappointment. I’ve been a fan of his ever since American History X, but this is less than an impressive role for him.

Inevitably, the comparisons are going to boil down to Cross versus Bourne, but I don’t think you can really compare the two. Jason Bourne who’s literally trying to discover himself; once a killing machine, he almost instantly becomes a man who just wants to live his own life. He just so happens to be a superbly trained agent. 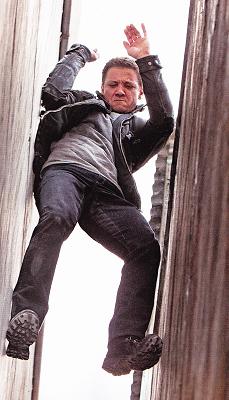 Cross, on the other hand, knows who he is and what he does, but he joined the Army to get a better life, and the opportunity to become someone he never could have been before. With the testing for Outcome, he is no longer a lowly peon; he’s faster and smarter than everybody else, and he yearns to stay that way. There’s not as much sympathy for Cross as there is for Bourne, who would have been happy to lead a normal life after The Bourne Identity.

Still, this isn’t some soppy lovefest intended to get the audience yearning for some Jeremy Renner snuggles. It’s an action film through and through, and it succeeds wildly. One of the big strengths of the Bourne franchise is its perceived relative realism. Although there are sequences that might stretch the realm of plausibility, it doesn’t feel like anything would be completely impossible. Cross may be stronger and faster than most people, but that doesn’t make him immortal; when he’s shot while riding a motorcycle, the loss of blood eventually causes him to pass out and crash. The fighting’s intense, and there’s the obligatory high-speed chase scene at the end. These scenes may be a little too fast, as it seems almost as though the cameras had trouble keeping up with the action, and the audience could get somewhat disoriented.

Overall, though, the film is a solid addition to the Bourne franchise, even if it strays from its roots a bit. The biggest knock I (and my friends) had against it was perhaps the ending, which was left incredibly wide open. Speculation will arise over whether or not Cross and Bourne will ever meet (for the record, Matt Damon has said he fully intends to do another Bourne film), and it’s all but assured there will be another film featuring Renner.

If you’ve got a couple hours this summer and want to check out an action film, you can hardly go wrong with The Bourne Legacy. It’s a fun romp, kinda like taking a roadtrip back to a place a second time. The people there may be different, you may not have the same memories, but you’ll be reminded enough that you’ll hopefully still enjoy it.

The Bourne Legacy gets a B.