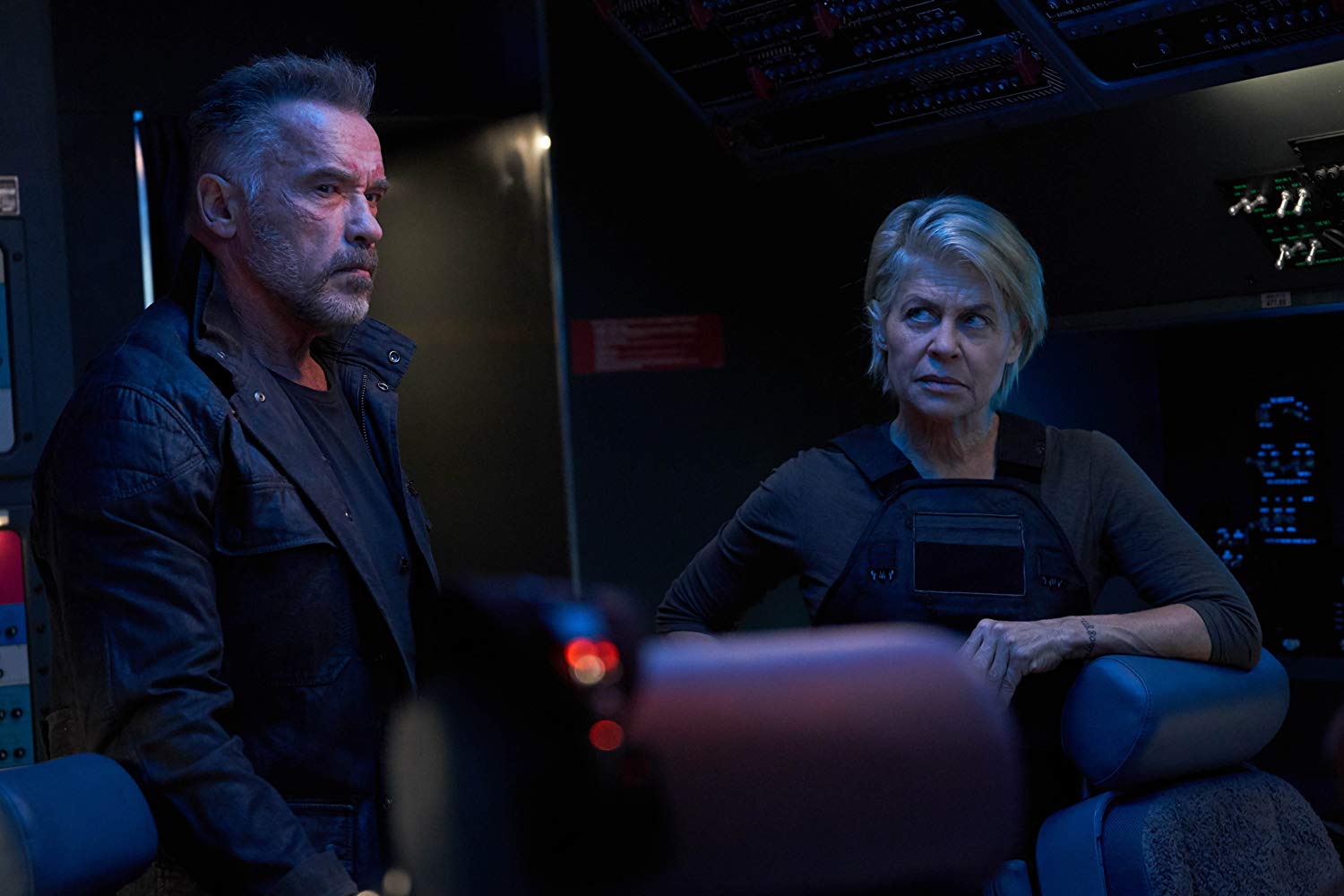 Note: this review is going to contain some minor spoilers. I will try and cordon off the spoilers if you choose to avoid them.

Dark skies above a world of despair. People crying out in agony, wanting for rescue as their hopes are slaughtered.

This is a vision of:

Ha, trick question. It’s both. But we’re here to only talk about one of them. 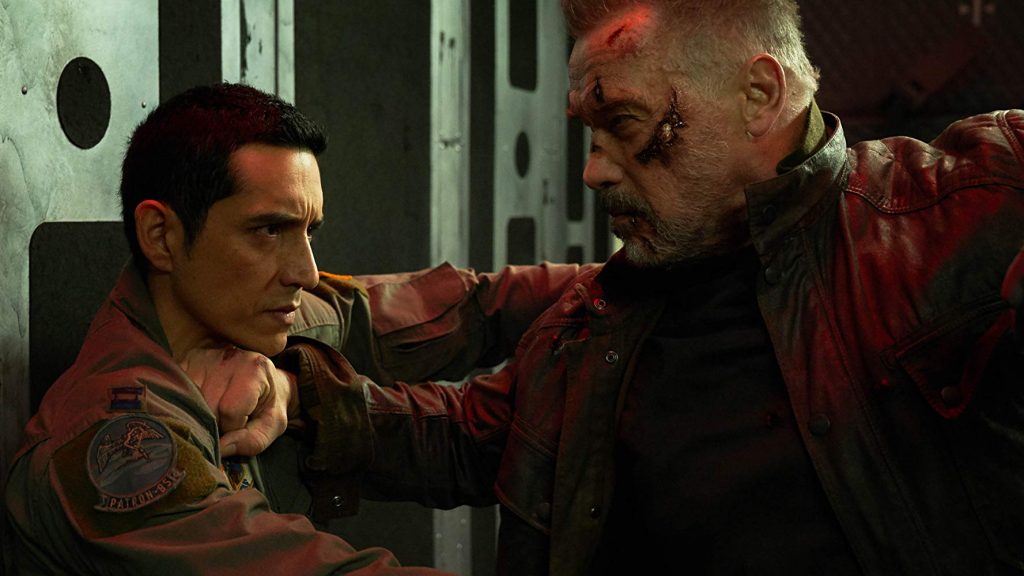 It’s pretty much impossible to discuss science fiction action films without invoking the name of James Cameron. 1984’s The Terminator was a landmark achievement in science fiction, blending (at the time) cutting-edge effects with a solid story and superlative action. With its release, Cameron’s name skyrocketed to the top of the list of directors in high demand. Following two other incredibly successful ventures (Aliens and The Abyss), Cameron returned to the Terminator universe in 1991 with Terminator 2: Judgment Day, a rare sequel that’s considered just as good, if not better, as its original. Rather than go for the slow-building horror of the original, Cameron ripped the brakes out and went full-on action mode, and the audience loved it.

With former stars Linda Hamilton and Arnold “Governator” Schwarzeneggar returning in supporting roles, Dark Fate features two new stars, Mackenzie Davis and Natalia Reyes, squaring off against an even more advanced assassin, REV-9 (Diego Luna). As it turns out, they weren’t entirely successful at the end of Judgment Day. Rather than preventing Skynet from being created (and by extension, the nuclear holocaust), an alternate AI called Legion is created. 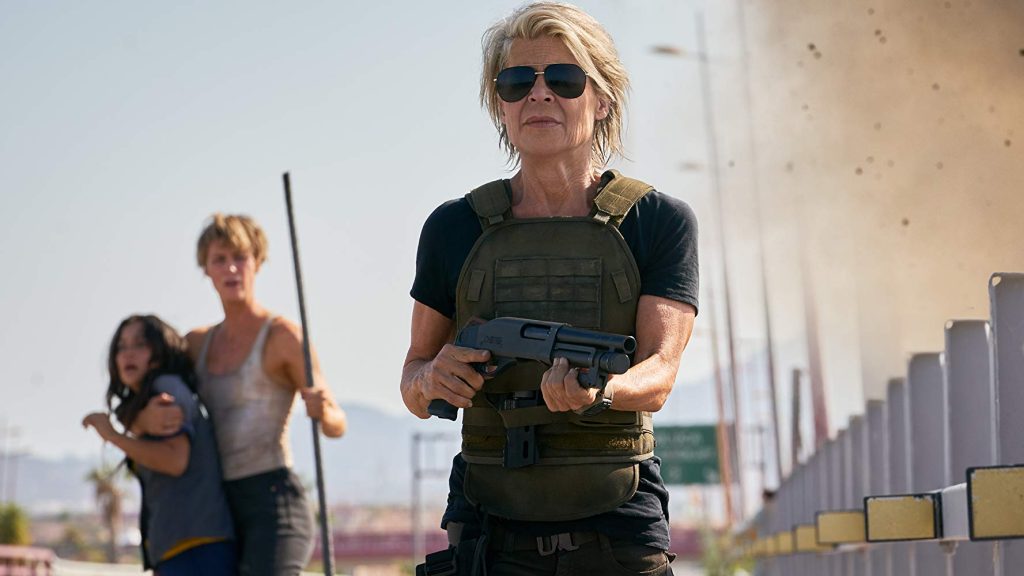 Additionally, it turns out that Skynet hadn’t sent just one Terminator to kill John Connor. At least one additional Terminator was sent back in time, which finally caught up to the Connors in 1998 and killed John. This Terminator then went into seclusion and later reveals itself as Arnold’s character.

Legion decides to send REV-9 back to 2020 in an effort to assassinate Dani (Reyes), who is shown to be a key in the fight against Legion in the future. To counter this, the resistance sends Grace (Davis), a supersoldier who’s been augmented with implants to make her faster and stronger. In an interesting note, the portals that are generated by their arrivals appear to generate sub-zero temperatures rather than the intense heat generated in the first two films.

It doesn’t come as much surprise that in Cameron’s return to the franchise, he chose to ignore the third, fourth, and fifth installments, as each film progressively felt as though it strayed further and further from what made the first two classics. Dark Fate goes straight for the nostalgia gut and hits it hard, perhaps a little too hard. There are definitely some great easter eggs for the attentive fan, but at the same time, much of the film just feels a little too derivative of the first two films as we get deeper into the movie, right down to the climax.

Visually, Dark Fate is hit or miss. Some of the effects when Arnold’s character is damaged or the REV-9 recovers from its wounds are downright incredible, but some scenes, in general, are obviously CGI. 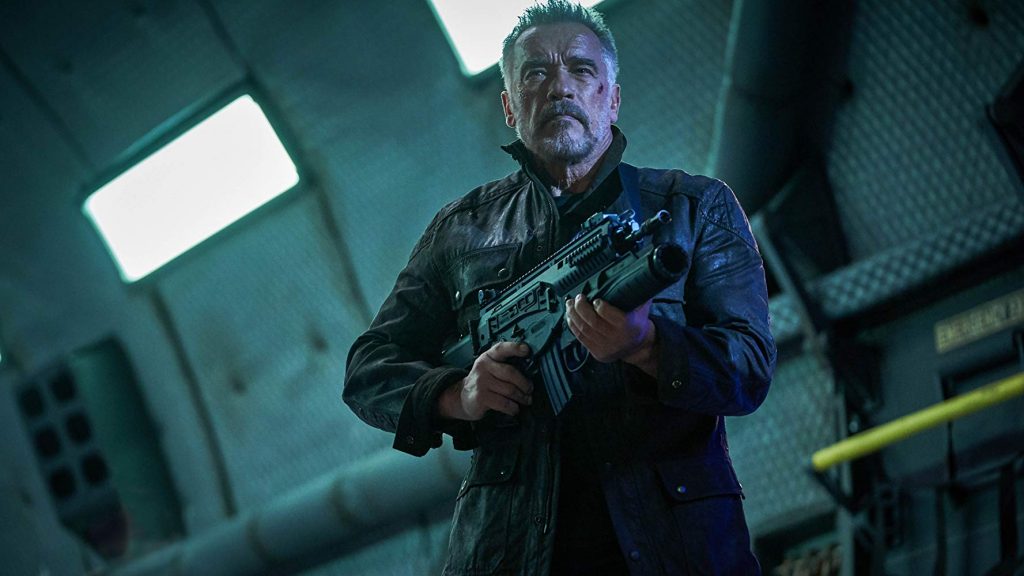 This leads me to my biggest issue with Dark Fate. While it has a Terminator in it and it’s got the holy trio from the first two movies (Arnold, Linda, James), it just doesn’t capture the feel and environment of the first two. The original Terminator was chock full of practical effects and felt like a brutal assault on your senses. The T-800 wasn’t some slick hyperspeed robot; it was a hulking mass of machine and flesh that was slow but deliberate. Judgment Day certainly relied on CGI to produce the T-1000, but while it had plenty of outlandish abilities (I wish I could grow swords from my arms), it still moved and ran at roughly the pace of a human. The pursuits in the movie, while fast and frenetic, were accomplished with terrific stunt drivers and pilots. The one-on-one fights between the two Terminators were brutal, but not slickly choreographed assaults at Mach 1.

Dark Fate ups the ante on the stunts and fight scenes, at times going entirely too fast for the audience to appreciate. The trailers show a plane collision in mid-air, which prompts another fight that, while it looks cool, isn’t the easiest to track. REV-9 is also able to perform gravity-defying parkour, jumping 20 feet in the air and pursuing the group at speeds Usain Bolt would be envious of. The dialogue in the movie isn’t always natural, either. Halfway through, we see some inspirational speeches meant to inspire hope for the future, but they feel too forced. One of Judgment Day’s most underrated assets was that dialogue felt organic, but Dark Fate almost felt like a football game at half-time.

I think the biggest, most disappointing aspect that distanced the film from its predecessors was the insta-kill of John Connor in the beginning of the film. For the sake of the movie, it makes sense, as it becomes clear halfway through as to why Dani is so essential to the future of the human race, but it essentially invalidates the sense of desperation of the first two movies. John Connor was presented as crucial to the future of humanity; without him, there is no hope. Dark Fate essentially scraps that idea and tells us that the future has a “next person up” outlook, to the point that at the end of it, it didn’t seem like a big deal if Dani was killed. 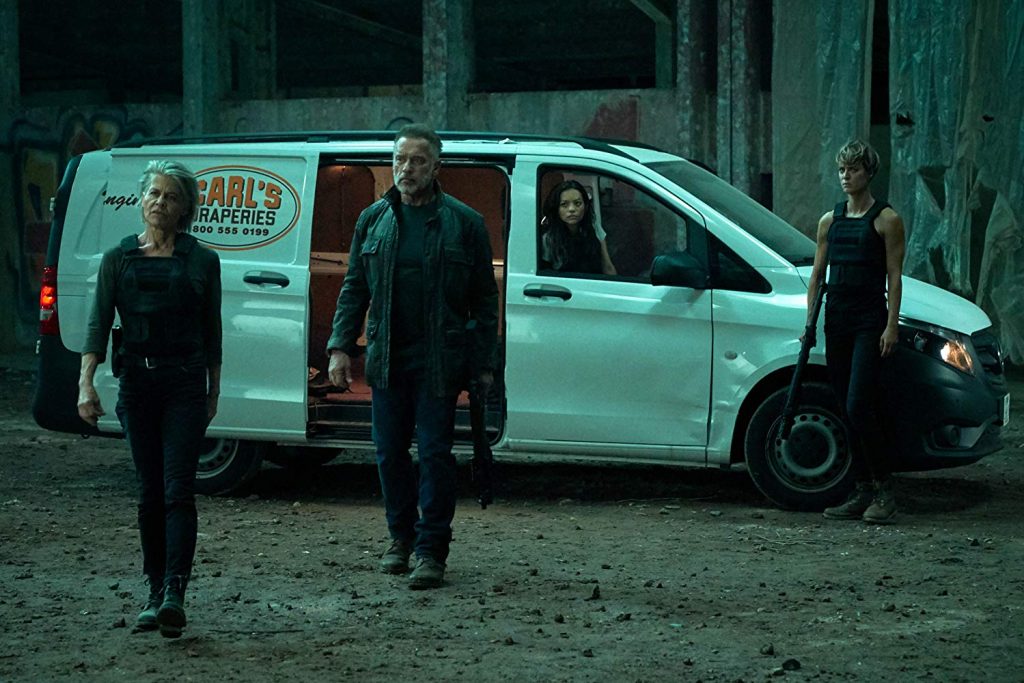 In the end, was it enjoyable? I was entertained, as was my buddy Andrew, who apparently didn’t know movie theaters sell popcorn in small bags and bought a giant tub, most of which he threw away. This isn’t a new feeling, but if there were no previous Terminator films and this was a new franchise, I think I’d have enjoyed it a lot more. But when you hold it up and compare it to the first two films, it falls extremely flat.

Terminator: Dark Fate get a C+