Movie Review: PHINEAS AND FERB THE MOVIE: CANDACE AGAINST THE UNIVERSE 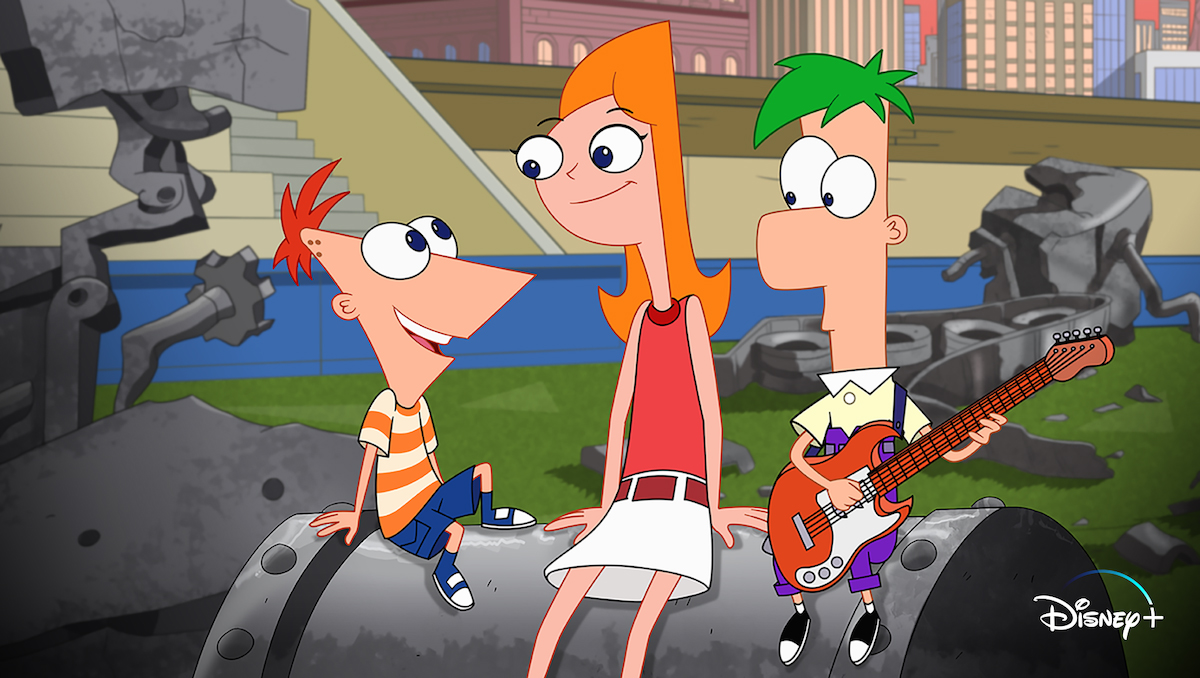 In the Summer of 2015 we said goodbye to one of the greatest animated shows ever created. Disney’s Phineas and Ferb went well beyond the title song’s “104 days of summer vacation,” giving us four seasons packed with fun – including Marvel and Star Wars crossovers, a fantastic film, and even a spin-off about the animal agents of O.W.C.A (“The Organization Without a Cool Acronym” for the uninitiated).

Aside from last year’s highly anticipated crossover with Milo Murphy’s Law, which was also created by Dan Povenmire and Jeff “Swampy” Marsh, things have been quiet in Danville ever since – until it was announced that a brand new Phineas and Ferb movie would be coming to Disney Plus in 2020. Fast forward to this Friday, August 28, and the release of Phineas and Ferb the Movie: Candace Against the Universe is finally here.

I doubt you are reading a review for this movie without some knowledge of the show, but just in case I’ll give you a quick overview.

Every episode of Phineas and Ferb starts out with an idea the titular brothers will build with their friends to occupy a day of summer vacation. Meanwhile, their pet platypus Perry (who unbeknownst to them is also a secret agent) sneaks away to battle Dr. Heinz Doofenshmirtz (an “evil” scientist not to be mistaken for a pharmacist). Perry defeats Doofenshmirtz and his terrible inventions he calls “inators,” which end up erasing whatever crazy invention the boys build before their sister Candace can bust them. Their mom thinks she is crazy, fun is had, evil is foiled, and Perry stealthfully slips back home. And repeat.

It’s a wildly fun premise that never gets old – and I mean NEVER. It’s an endlessly re-watchable show for kids and adults alike, which is on most days at our house on loop. Aside from the clever writing and colorful visuals, there are two musical numbers per episode that usually turn into instant hits in their own right (there have been several albums released over the years). It’s truly one of the most creative and fun shows ever made.

So with that playing out for the better part of a decade, where does that leave Candace? Day after day she’s put in charge of her brothers, who do something crazy and dangerous, and no adult ever believes her. It’s like the entire universe is against her!

This is the idea behind Candace Against the Universe, which starts off with Candace enjoying “Such a Beautiful Day” as she rides her bike singing along to the peppy new tune. She’s calm and peaceful until she remembers all of the trouble her brothers have given her (a nice flashback of the series), and once again catches them in the act of building a giant invention (this time a robot clown who juggles her brothers and their friends). But of course, just like in the show, all evidence is erased before she can show their mom. Candace swears that the universe has it out for her.

While venting to her friend Vanessa (Doofenshmirtz’s daughter who also has trouble busting her dad, as her mom doesn’t believe he’s evil) a mysterious spaceship arrives. Mistaking it for one of Phineas and Ferb’s inventions, Candace bangs on it and it captures both her and Vanessa – launching them into outer space. Her brothers watch it happen, and plan a rescue mission while Perry is secretly tasked by O.W.C.A. to follow them and make sure they are successful.

Having Vanessa get captured with Candace is a great way to get Phineas and Ferb to work together with Doofenshmirtz. While they cross paths from time to time, they never really get the chance to team up in the series. In addition to Doof, the boys bring along their friends Baljeet, Buford, and Isabella.

It feels wonderful to jump back into the show years later, and it’s just like nothing has changed. The film includes all of the main characters you’d expect, portrayed by the same actors, and all of the dynamics that fans of the series have fallen in love with. The show did have an official ending with the finale, but the movie puts the characters right back into the middle of summer. Povenmire says to think of it as a lost episode.

Although the gang is all here, this is Candace’s movie – make no mistake about it. It’s her time to shine, and Ashley Tisdale gets to do quite a bit of heavy lifting with her performance. Although the entire cast is terrific as expected, it was nice to see Tisdale given more to do on this adventure. It’s also a story of growth, for her and her brothers.

Candace Against the Universe looks and feels like an episode of the show, which is the most important thing. After all these years, there is nothing jarring to take you out of the wonderful world that crafted with so much love and care. It’s clear to see that the writers were invested in the series, and had a passion for the material.

The new ideas are creative and bigger than ever. The songs are fun and catchy as always. And the movie is really funny, with a lot of jokes packed into the 85-minute runtime. And there are of course plenty of Easter eggs planted all over the place – especially during the final act.

In addition to the talented voice cast from the show (Vincent Martella and David Errigo Jr. as Phineas and Ferb, Ashley Tisdale as Candace, Olivia Olson as Vanessa, Alyson Stoner as Isabella, Maulik Pancholy as Baljeet, Bobby Gaylor as Buford, Dan Povenmire as Doofenshmirtz, and Swampy as Major Monogram – among several others), the cast includes Ali Wong, Wayne Brady, Tiffany Haddish, ‘Weird Al’ Yankovic, and Thomas Middleditch in new roles.

Phineas and Ferb the Movie: Candace Against the Universe is a fun new adventure for all of the fans who wish summer would never end. What a gift it is to have more of the characters we love, with memorable new songs and a heartfelt story about family and friendship. This is sure to become an instant classic for those who watched the show. And for those who haven’t, it’s the perfect taste of what the endless summer has to offer only a few clicks away on the same service.

Now streaming on Disney Plus, included with monthly subscription.