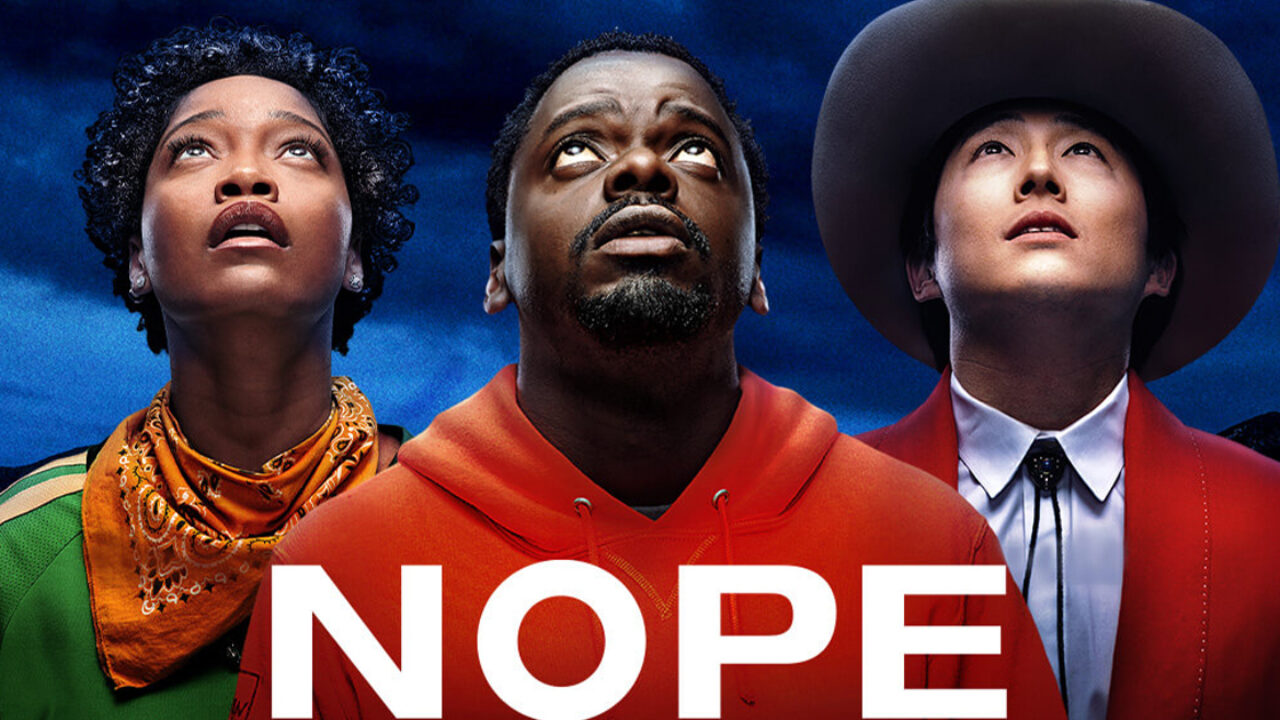 His latest horror venture, “Nope,” is a slight departure from his previous two films, “Us,” and “Get Out.”

Academy Award winner Daniel Kaluuya stars along with Keke Palmer as siblings who own and operate Hollywood’s only Black-owned horse ranch.

Both are perfect in their roles. While Kaluuya is softer spoken and quiet throughout a lot of the film, Palmer brings the perfect mix of loud, fun-loving, and quirkiness to her role.

Now, Peele’s latest is much different from his previous films, as “Nope” is more of a science fiction film, but Peele’s trademark horror and comedy are still present.

While not much about the plot was revealed in trailers, the film centers around a UFO that is attacking the Haywood’s ranch and home. It doesn’t shoot beams of light, nor do we see little green men walking around, but rather sucks up whatever it goes after, like a vacuum.

There is definitely a 50’s style horror element in the film that lends itself perfectly to the story.

Peele has went from comedic star to perhaps the hottest director in film at the moment. He’s done it with three very original and captivating films. “Get Out,” was Kaluuya’s coming out party. It was also Peele’s most shocking film. It left the audience with an uncomfortable feeling. It’s a film that needs multiple viewings to really sink in. His second film, “Us,” was also well-received. The horror scenes in the film were well done and quite eerie. “Nope,” like I said earlier, is a departure in many ways. Are there some tense moments, for sure. The beginning of the film and a couple flashbacks involving a chimpanzee on a Hollywood set were very uncomfortable to watch. But, this film almost seems like Peele is paying homage to old Hollywood sci-fi of the 50s, which he does wonderfully.

I also like that he included Keith David in a small role. David is a star from one of my favorite films, “They Live,” directed by John Carpenter.

Speaking of Carpenter, Peele has been receiving a lot of comparisons to him and Hitchcock, and rightfully so.

The one thing I really like about Peele’s directing is he can evoke suspense and terror without a lot of blood and guts. Now as a horror film fan, I’m not always opposed to a graphic film. I loved the Evil Dead remake. But, Peele has brought a lost art back to the screen in suspense. He has shown how to make a terrifying scene by adding the element of suspense to his films. Are there times when he can get bloody? Sure, look at some scenes from “Us,” but overall, he goes lighter on the gore and relies on his top-notch writing to scare audiences, ala Hitchcock.

Judging by early reaction and anticipation, there’s no doubt that Peele will have another hit on his hands with “Nope,” I just wonder what he is going to do next?