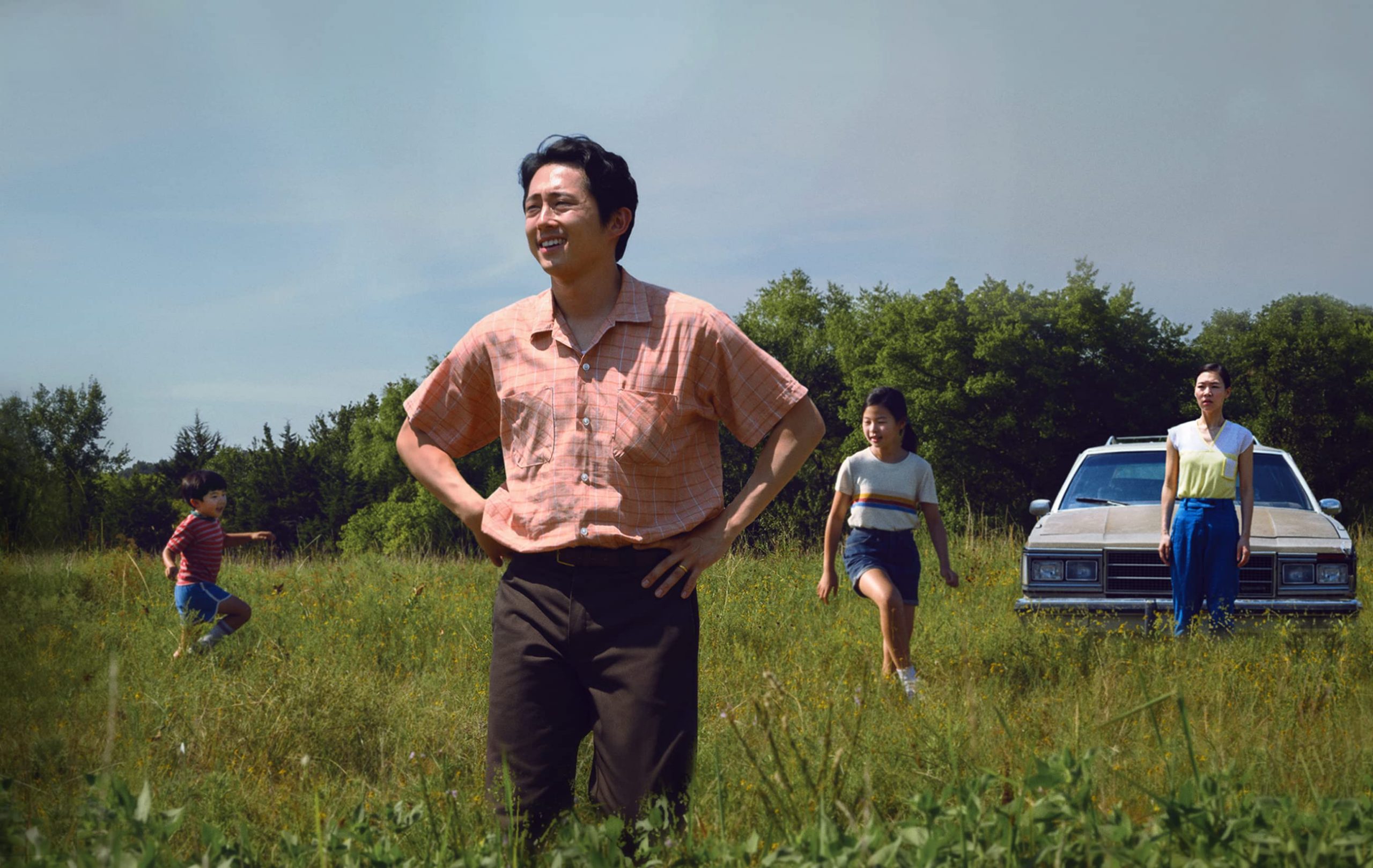 At the heart of Minari is a story about the American dream. A family moves from their home in California to Arkansas to grow crops on their own farm. The parents work day and night to provide for their children, and are willing to do whatever it takes to ensure they have a bright future.

Written and directed by Lee Isaac Chung, and partially based on his own experiences growing up, the film follows Jacob (Steven Yeun) and his wife Monica (Yeri Han), who move their children David (Alan Kim) and Anne (Noel Cho) in order to follow Jacob’s dream of growing his own crops for a living. While he gets the business up and running, the parents find work sexing chickens at a nearby hatchery – reluctantly bringing their kids to work with them. Eventually they decide it will be best for Monica’s mother to stay with them to help take care of the kids, so Soon-ja (Yuh-Jung Youn) travels from Korea to live with them. The couple’s marriage starts to fall apart as Monica disagrees with the decisions Jacob is making – meanwhile, David is unhappy with the way his grandma doesn’t act like he expects her to. We watch as they all struggle to find their way in this new life together.

Watching the humanity at play, realized through such truthful writing and performances, you can’t help but to be enamored with the family. They all have admirable traits, along with hopes and dreams that don’t always come true. The husband who is always optimistic that things will work out the way he wants for his business. The wife, who sacrifices time and time again for her husband to follow his dreams. A son who terrorizes his grandma, but just wants to be loved and given attention. And a daughter who selflessly cares for brother and picks up the slack wherever she is needed. Not to mention a grandma that moves half-way around the world to help her family. Things seem hopeless at times, and the low-points get really low. But they are together, surviving with one another through it. There is something really beautiful about all of it.

Steven Yeun is phenomenal as the patriarch – always convincing that he’ll stop at nothing to do what he believes is best for his family. The actor has shined in several roles since breaking out as Glenn on The Walking Dead, and has proven his range. And this is his best performance yet.

Yeri Han’s performance captures what it feels like to sacrifice your own happiness for others, sticking it out even though you know things aren’t working out. Her pain is palpable, and the character has every right to be upset with her husband. But she stands by while listening to promise after promise that things will get better. She’s excellent in the role.

The kids are both good, and have several memorable moments in the film. And their interactions with grandma – especially David’s – are cause for many of the laughs. It can’t all be serious, and there are plenty of little moments of levity throughout. Yuh-Jung Youn is really funny as the quirky grandma who loves professional wrestling and Mountain Dew.

The cinematography is breathtaking even at the bleakest moments, thanks to the talented work of Lachlan Milne. He is able to capture the raw beauty of everyday life, and what it is like doing your best to get by with what you have. Combined with a lovely score by Emile Mosseri (whose work was also great in The Last Black Man in San Francisco), your senses are primed to take it all in along with the family.

Minari feels like an experience you get to live, capturing a little slice of life that you may never actually go through – but understand, nonetheless. The performances feel real, from top to bottom, and you take in the highs and lows along with them as if you were there right beside them. It’s a compelling film full of unrealized dreams, and what it means to sacrifice for your gamily.