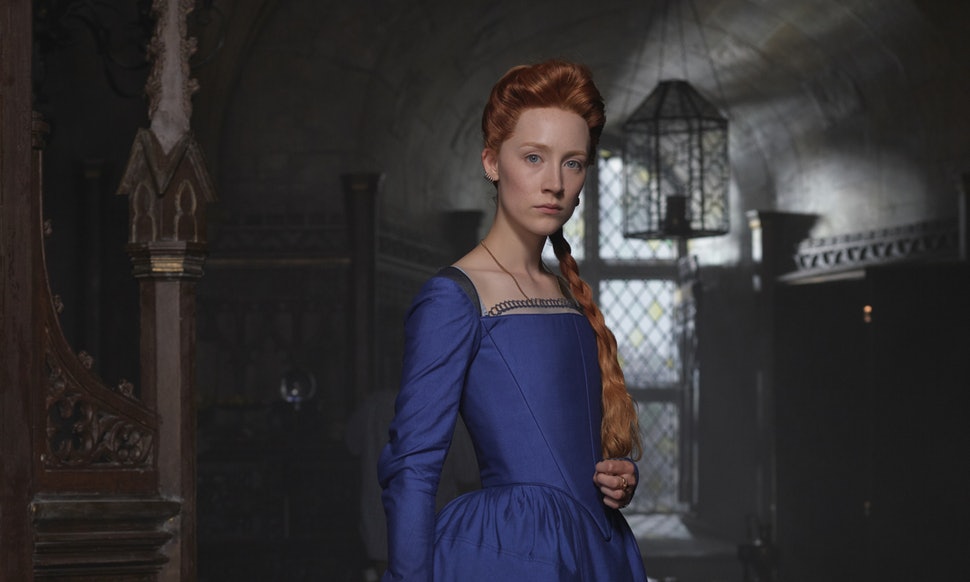 Mary Queen of Scots is the directorial debut of Josie Rourke and stars Saoirse Ronan in the titular role of Mary Stuart, the once Queen of France and rightful heir to English throne. Also starring in this film across from Ronan (though they don’t share a scene together until the final ten minutes of the film) is Margot Robbie as Queen Elizabeth I, Mary’s first cousin. After Mary is widowed in France at the age of 18, she sets course back to her native land of Scotland to begin her reclamation of the throne.

Herein begins a game of cat and mouse between Mary and Queen Elizabeth, as both of them want to rule both lands. In Scotland, Mary finds trouble from the Protestants (led by an instantly recognizable voice of David Tennant) who currently have control of the land. Somehow Mary overcomes almost any and all obstacles thrown her way, whether it be from the Protestants in Scotland or whatever the Queen across the drink has cooked up and sent her way.

The entirety of the film is based on the rivalry between these two ladies, and although it’s written by Beau Willimon (who’s masterful in creating tension in films like Ides of March or shows such as House of Cards), Mary Queen of Scots never quite elevated to that level of intrigue to me. Perhaps to me, it’s because Rourke did something I somewhat loathe in movies (at least when it’s done poorly) and chose to bookend the film with the final scene. Now for history lovers, perhaps this detail can be overlooked, but as someone who knew literally nothing about Mary Stuart going into this film, I was kind of bummed the ending was ruined for me in the opening set of scenes. (Another example of this is in Adrift from earlier this year)

Admittedly, I had a difficult time keeping up with the story and who’s who at the beginning of the film, but things began making more sense after some time. I also found the editing to be somewhat off-putting at times too. The film takes place over the course of several months (even years) but it’s not very good at telling you when time has jumped. It’s most forgivable during Mary’s pregnancy of future King James VI, but later on down the road when he’s two or three years old and talking suddenly, I turned my head in quite a bit of confusion.

I will give credit where credit is due though and that’s to the production crew behind this film who made this movie look as beautiful as they possibly could. From the beautiful cinematography of the Scottish land to the costume and production design – there’s a lot to adore visually. I would be incredibly surprised if we don’t see Mary Queen of Scots in the production categories at the Oscars this year (Hair & Make-Up, Costume Design, & Production Design)

The standout from Mary Queen of Scots is, of course, Saoirse Ronan. At 24 years of age and three Oscar nominations under her belt, she’s a force to be reckoned with and lays it all out on the table in every performance she gives. It’s no different here, as she carries this just above-average film on her shoulders.