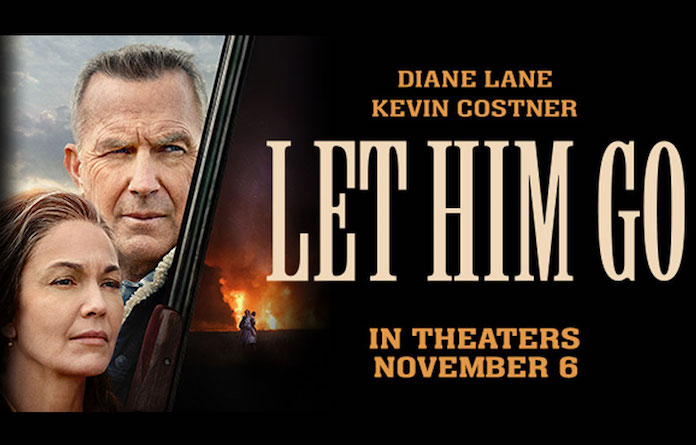 Kevin Costner has experienced a career resurgence of sorts with the TV show ‘Yellowstone.’ The show has once again showed that Costner is one of the finest actors of our generation. He also showed that he can still pack a punch in the theatre as well. His new film ‘Let Him Go,’ is nothing short of a violent, tense, slow burn thriller set in the Dakotas. Throw in a strong performance from Diane Lane to go with a script based off of Larry Watson’s 2013 novel, and ‘Let Him Go,’ has all the makings to be one of the better films of 2020.

The film takes place in 1963 and Costner’s family is a very ordinary, familiar family that has just endured an awful tragedy. Costner, who plays George Blackledge along with his wife Margaret, played by Lane have to bury their son following a horse-riding accident. Their son was married to Lorna, played by Kayli Carter. The pair had a young son named Jimmy who George and Margaret were quite fond of.

Three years after the accident, Lorna marries Donny Weboy, played by Will Brittain. One day while in town, Margaret spots the couple with Jimmy. She also sees Donny hit the young boy and Lorna, which forces her to try to intervene and take her grandson from the couple. While George, a retired police officer, is hesitant, he reluctantly agrees to accompany Margaret to track down Lorna and Donny after they take Jimmy and leave the small town they were living.

As George and Margaret stop along the way, they are warned about how dangerous the Weboy’s are. Finally after meeting a smug character in Bill Weboy, played by Jeffrey Donovan, they are asked to dinner. This is where they meet the rest of the Weboy family, including the Weboy mother, Blanche, played masterfully by Lesley Manville. The tension at the dinner table is undeniable, as Margaret inform Blanche of Donny’s transgressions against Lorna and her grandson. This leads to a disturbing and violent confrontation at a local hotel room where George and Margaret are staying. From there, all hell breaks loose.

While the film is well-written and superbly acted, it also features a haunting score, that drives the film, but never overtakes it. Michael Giacchino’s score is just another highlight from a finely made film.

The last time Costner and Lane were featured in a film together was when they played Clark Kent’s parents in the Superman films. They had chemistry there as well. While both have gotten a bit older in an industry that seems to favor younger performers, make no mistake, Costner and Lane are still at the top of their game and make ‘Let Him Go’ a film that you won’t want to miss.