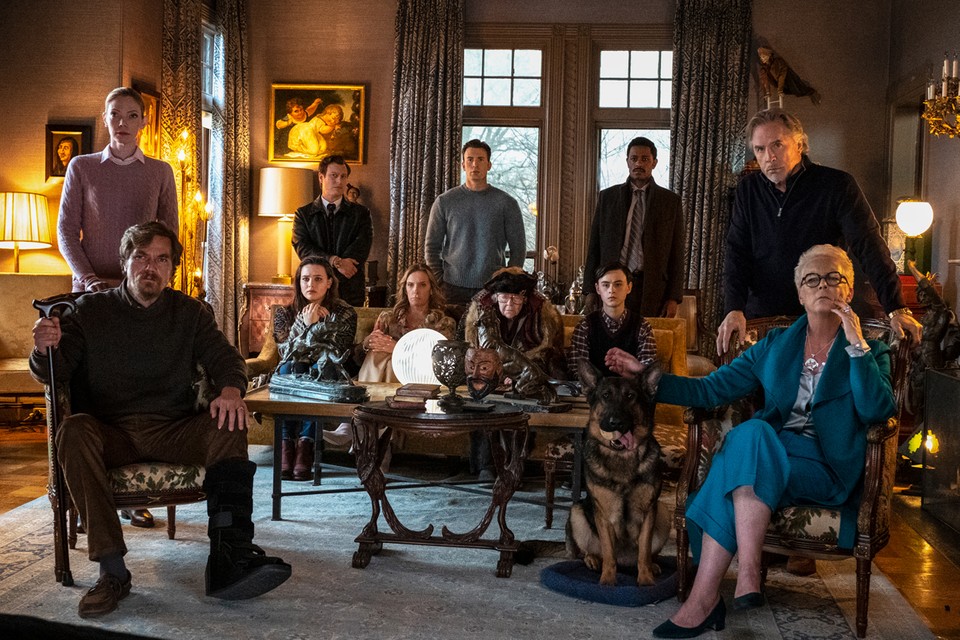 Sometimes, you think you have a movie figured out from the beginning.

Sometimes, the movie tells you what happens halfway through.

And sometimes, even when it tells you, it still pulls the rug out from underneath your feet. 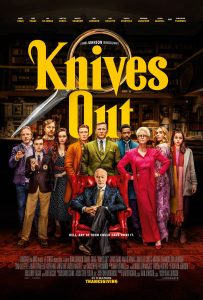 With murder mysteries, usually it ends up being a combination of all three. They’re fun for a while, but eventually they tend to get played out. And so when Knives Out was announced, I was cautiously optimistic. The cast is stellar, but I wasn’t sure how it’d differentiate itself from the other classic mystery films that came before it.

Thankfully, writer/director/producer Rian Johnson seemed to be totally aware of these potential shortcomings. The result of his efforts is a sharp, witty, and at-times hilarious whodunnit that never takes itself too seriously but will hopefully leave its audience satisfied.

The casting is absolutely superlative, with Daniel Craig taking the role of Benoit Blanc, a world-famous investigator with a heavy southern drawl. Blanc draws from such legendary fictional detectives as Hercue Poirot and Sherlock Holmes, matching them with his keen observation and wit. Blanc is called to the estate of crime novelist Harlan Thrombey (Christopher Plummer), who is found the morning after his 85th birthday with his throat slashed. Initially ruled a suicide, Blanc is hired on by a mysterious benefactor to determine whether it was in fact a suicide, as many of his immediate family had much to gain by his untimely death.

In an interesting twist, the film actually shows you an outline of what happened about halfway through; the rest of the film is spent filling in the details. It’s a clever process, as what you’re led to believe actually what happens may not necessarily be the case.

It’s a markedly clever film, but not overly so. Knives Out progresses in a way that’s easy enough for the audience to understand while still letting our imaginations run wild as we try to process the clues. Along the way, we see some terrific actors ply their trade and work perfectly off of each other. Jamie Lee Curtis, Don Johnson, Michael Shannon, Toni Collette, and Katherine Langford are all terrific, but it’s Ana de Armas and Chris Evans who truly stick out. Ana is fantastic as Marta Cabrera, Harlan’s personal nurse. Of all the people in the film, she’s perhaps the most sympathetic.

Evans, on the other hand, seems like he’s having the time of his life playing Ransom, the “black sheep” of the family. He lives off a trust fund that Harlan set up, and he seems to revel in the chaos of it all. It seems like Evans really lets loose with his character after having played the wholesome Captain America for the last decade.

When you put it all together, the end result is one of the most fun times I’ve had at a theater this year. It’s a whimsical nod to the old murder mysteries of the 1970s while keeping the story fresh enough to keep newer audiences entertained. I cannot recommend Knives Out highly enough.

Knives out gets an A