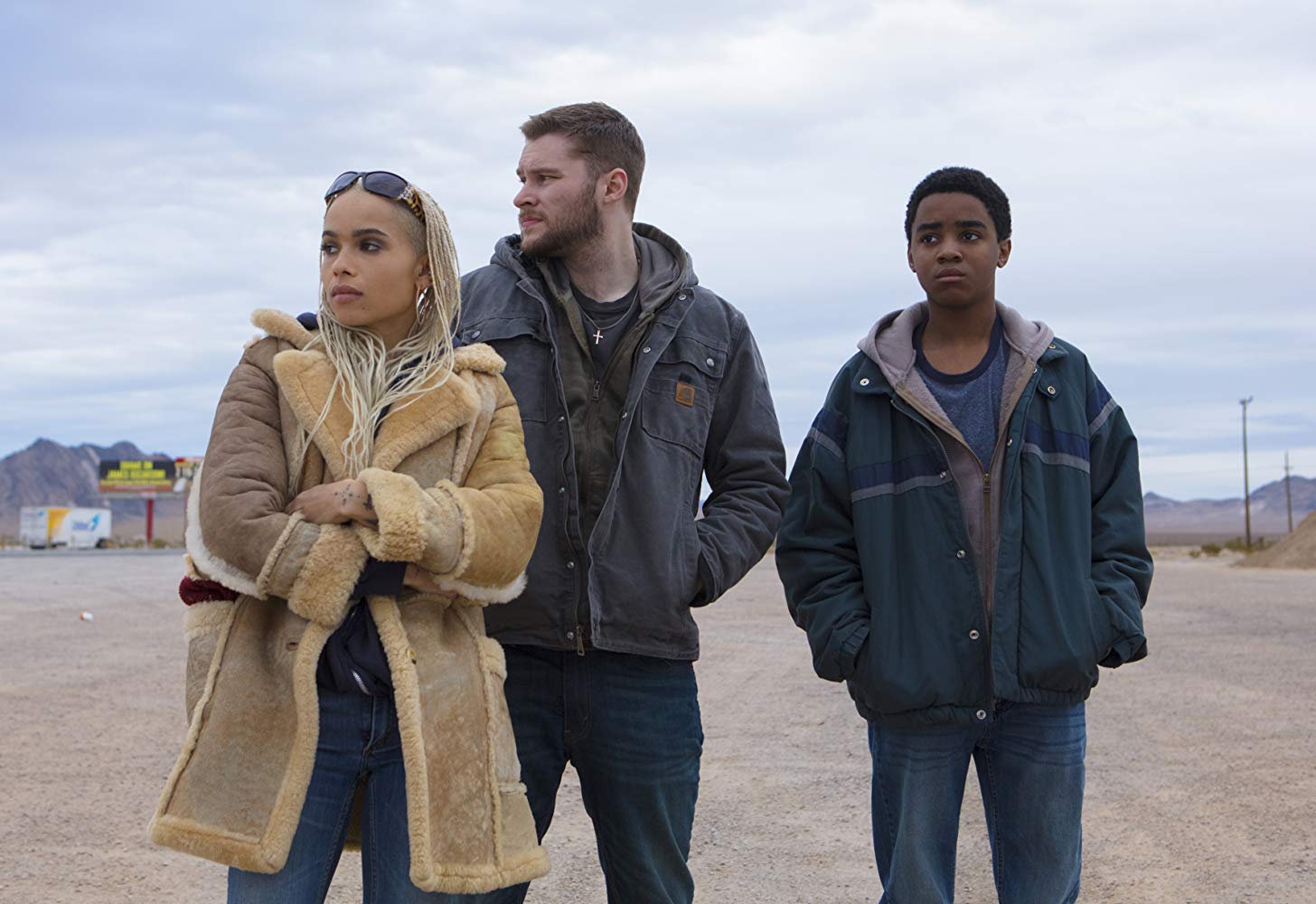 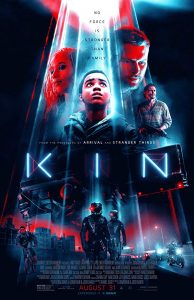 KIN tells the story of a fourteen year old boy named Eli (Myles Truitt) who happens to be in possession of what appears to be alien weaponry. After his trouble-ridden brother, Jimmy (Jack Reynor), comes home from a stint in prison, he’s short of the sixty thousand dollars he owes local gangster Taylor Balik (James Franco) for protection while in the can. This leads to an hour and a half of bad decisions by Jimmy and forces Eli to go with him on the lam, avoiding the obvious threat of Balik and another in which they’re not yet aware.

The film starts off promising. Eli is shown as a troubled student and we learn he’s coming from a broken home. His brother has been in jail for some time and his mother has passed away. His father (Dennis Quaid, who I found to be wonderful here in his brief appearances) does his fatherly duties in giving Eli the best life he possibly can given the circumstances. Quaid probably delivers the most realistic performance out the entire cast here. “If I’m hard on you, it’s because the world is hard,” he tells Eli as he puts him to work after discovering he’s been suspended from school and worse, scrapping abandoned buildings for cash. He doesn’t want Eli to end up like his biological son, who’s put away for theft.

When said brother, Jimmy, comes home is when the film begins to falter. It mistakenly all but shifts the focus from Eli to Jimmy as he makes terrible decisions one after the other. There’s literally nothing redeeming about Jimmy’s character and the film pushes the audience to try and care about him scene after scene and it just didn’t work. I mean, who takes a fourteen year old to a strip club? On a higher level, who thought they could pull off a believable strip club scene in a PG-13 movie? Shamefully, its only purpose in the film was to introduce a stripper with a heart of gold named Milly (Zoe Kravitz) who joins the boys on their trip although the script leaves her with virtually nothing else to do for the remainder of the film. 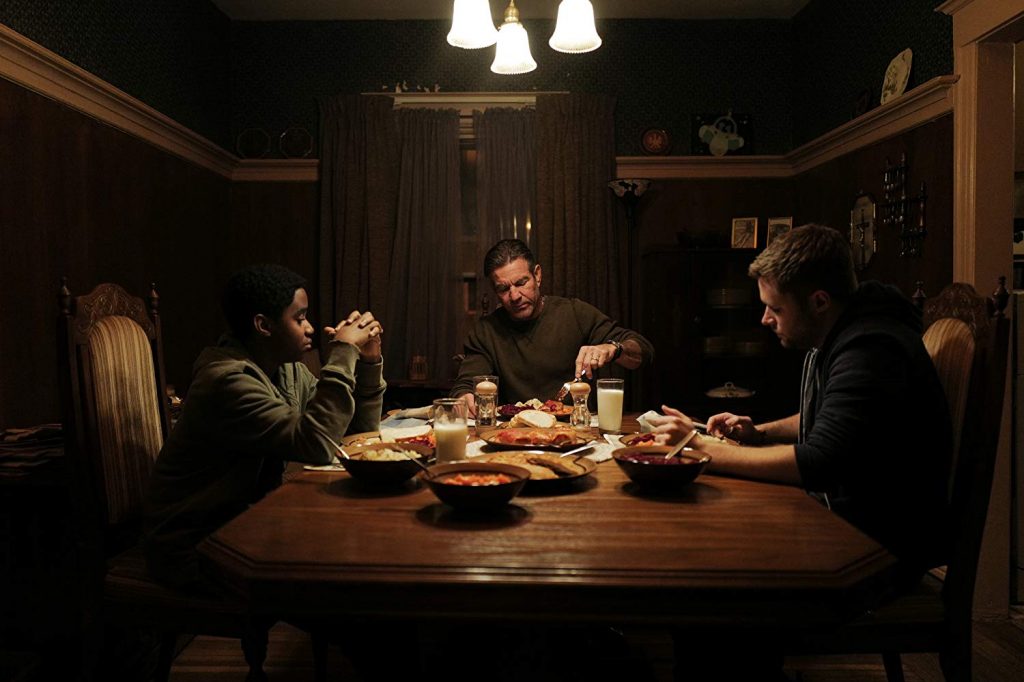 KIN started off so promising but quickly fell into something so incredibly forgettable. Not even one of Hollywood’s hottest actors right now could save it with his cameo in the final few minutes. What’s even more frustrating is that those final few minutes open up the possibilities of much more to come, and admittedly, things I’d be much more interested in had I not spent an hour and a half already waiting for something remotely interesting to happen.

I’d be remiss not tomention the fifteen minute short-film that KIN is based on. Bag Man is a fantastic 2014 short film written and directed by the Baker brothers (who’ve returned to direct here). It’s so incredibly well done that having now seen it as well just dampens my opinion of the feature-length film even more, unfortunately. It seems like screenwriter Daniel Casey really missed the mark in expanding Eli’s story by switching things up and including just about every film trope you can think of to do so. Not only that, but it’s rather infuriating to wonder why Eli’s parentage was switched up from an African American family in the short film to an adoptive white family in KIN which appears to be for no reason whatsoever. Would the film not have been made otherwise? One can only wonder.

In the end, take my advice and skip seeing KIN in theaters. In fact, maybe skip it entirely. I’d suspect you’d make much better use of your time watching Bag Man (linked above), and salvaging an hour and a half of your day. 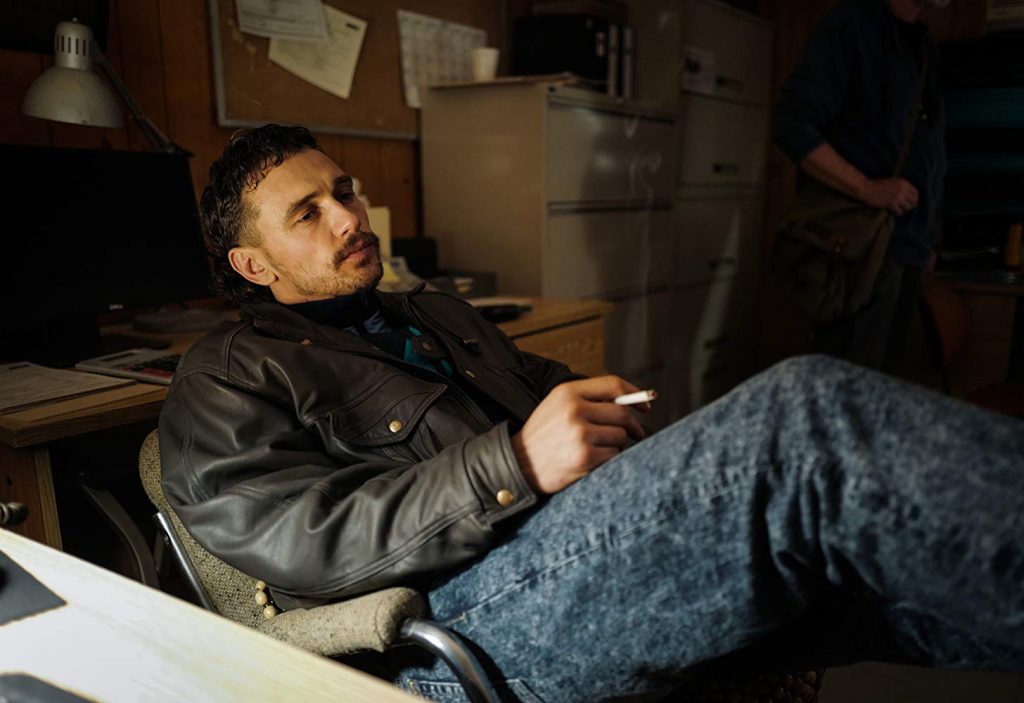