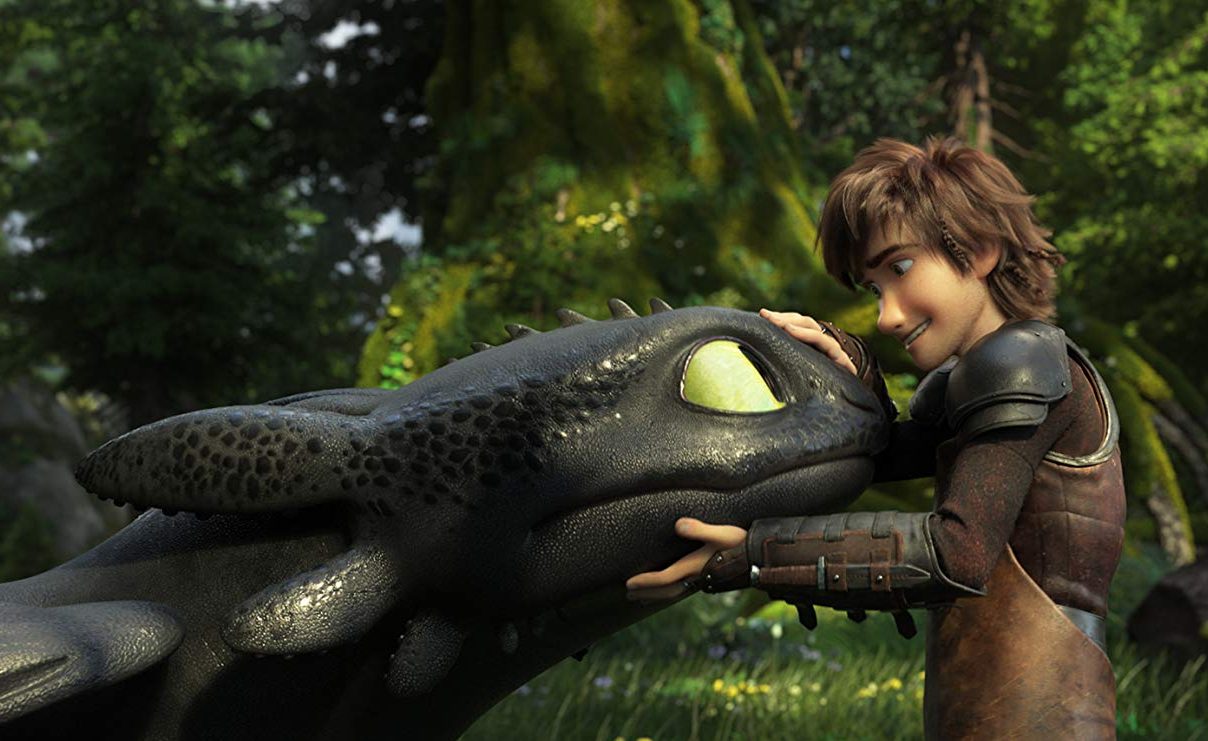 Heading to the theater to see the screening of How to Train Your Dragon: The Hidden World, two things raced through my mind:

Upon reflection, I can safely say yes to one of those questions. I’ll leave you to guess which one.

Released five years after the second part of the trilogy (and nine years after the first), The Hidden World is the final flagship of a franchise that has enjoyed a measure of success rarely seen. Besides the films, which were derived from a series of books by Cressida Cowell, we’ve also seen the production of two television shows, four short films, and a number of video games. Critically and financially well-received, the first two set a lofty bar for director Dean Deblois to hurdle.

Returning to the screen are Hiccup (Jay Baruchel), love interest Astrid (America Ferrera), his mother Velka (Cate Blanchett) and the rest of his friends as they work tirelessly to rescue dragons that have been captured to be sold. The bulk of the voice talent (ranging from Jonah Hill to Kristen Wiig) from the previous films returns for the final chapter; in fact, the only omission that I noticed was TJ Miller, an understandable omission given his personal issues.

As the group racks up one successful rescue after another, they and the citizens of Berk run into an issue: the rescued dragons are starting to overpopulate the limited amount of land they have. Coupled with an insatiable dragon hunter, Grimmel (F. Murray Abraham), hellbent on exterminating the last nightfury (Toothless), Hiccup makes the decision to lead his people to a mythic land beyond the edge of the earth so they can finally live in peace. 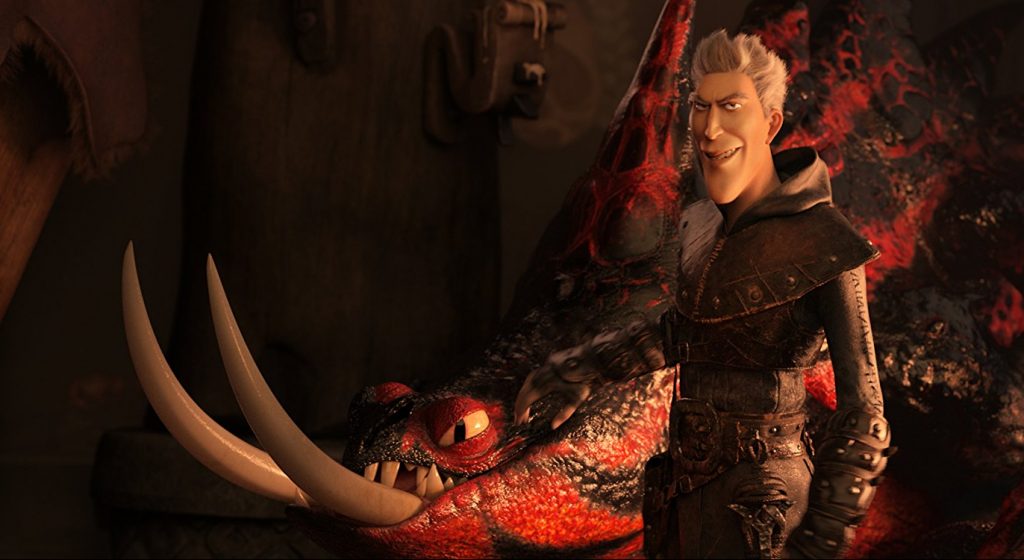 It’s a welcome return to the world of Berk and beyond, as it’s tough to find fault with the production values of the film. Oscar-nominated John Powell returns, mixing a new score with the soaring familiar score of the previous two films. The voice acting is solid, if not spectacular.

As far as aesthetics go, though, the animation absolutely steals the show. Eschewing many of the bland backgrounds of the first two films, The Hidden World isn’t afraid to show vibrant color, as evidenced by one of the lands Hiccup and Astrid explore while searching for the edge of the world. The visuals are absolutely stunning at times. Dreamworks Animation deserves a lot of credit for their work; they knocked it out of the park.

Still, it wouldn’t be much of a movie if there wasn’t substance to back the style up. To that end, it seems like DeBlois toned down some of the humor of the first two films and went right for the heartstrings. The second half of the film got quite a bit heavier than I thought it might, and I went in fully expecting it to be an emotional conclusion. There were quite a few sniffles heard throughout the conclusion, so to that end, DeBlois appears to have succeeded. It’s not necessarily a bad thing. I do wonder if perhaps he tried to apply too many life lessons to the film, but I’ll leave that up to the viewer. All in all, my friend Krisden and I walked out of the theater quite satisfied at the closure that the film provides to the story of Hiccup and Toothless. The one minor nitpick I had about the film revolves around the supporting cast, namely Hiccup’s friends. While they certainly play crucial roles in the film, a lot of their banter is stale at times, and their dialogue never really drives anything other than a few chuckles.

Overall, though, The Hidden World, is a fantastic final piece to the progressing arc of the trilogy. The first movie was about trust: Hiccup meeting Toothless and the two learning to respect and support each other. The second was about growth: Toothless and Hiccup’s relationship grew beyond simple friendship to something more akin to family, as well as each of them finally realizing their potential. The third, fittingly, is about the dichotomy of learning how and when to say goodbye while struggling with the desire to hold on. It’s a lesson we’ve all learned but need to be reminded of on occasion, and The Hidden World does so beautifully. If you and/or your children enjoyed the first two films, by all means, go see it; I think you’ll like the result.

How to Train Your Dragon 3: The Hidden World gets an A- 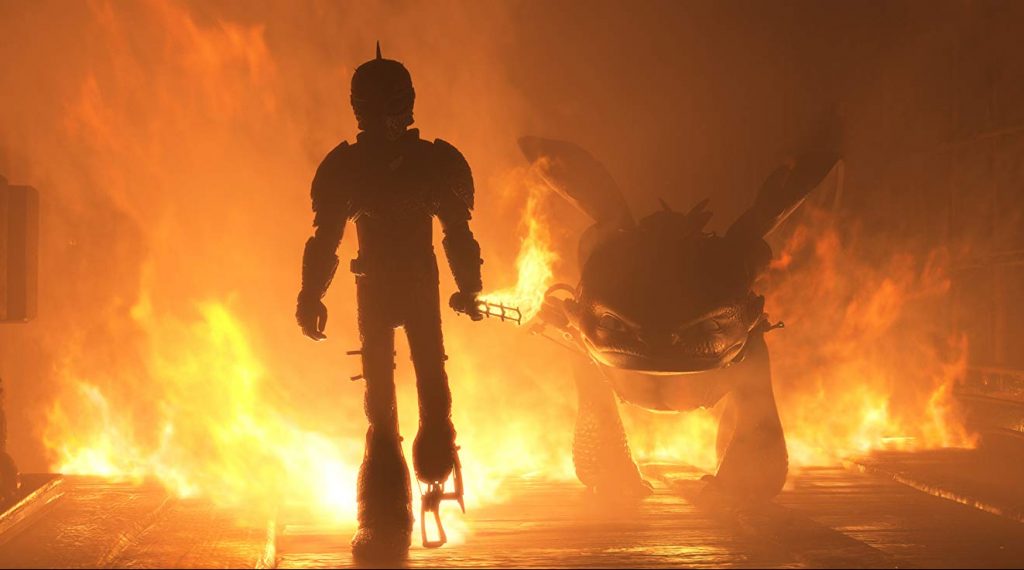