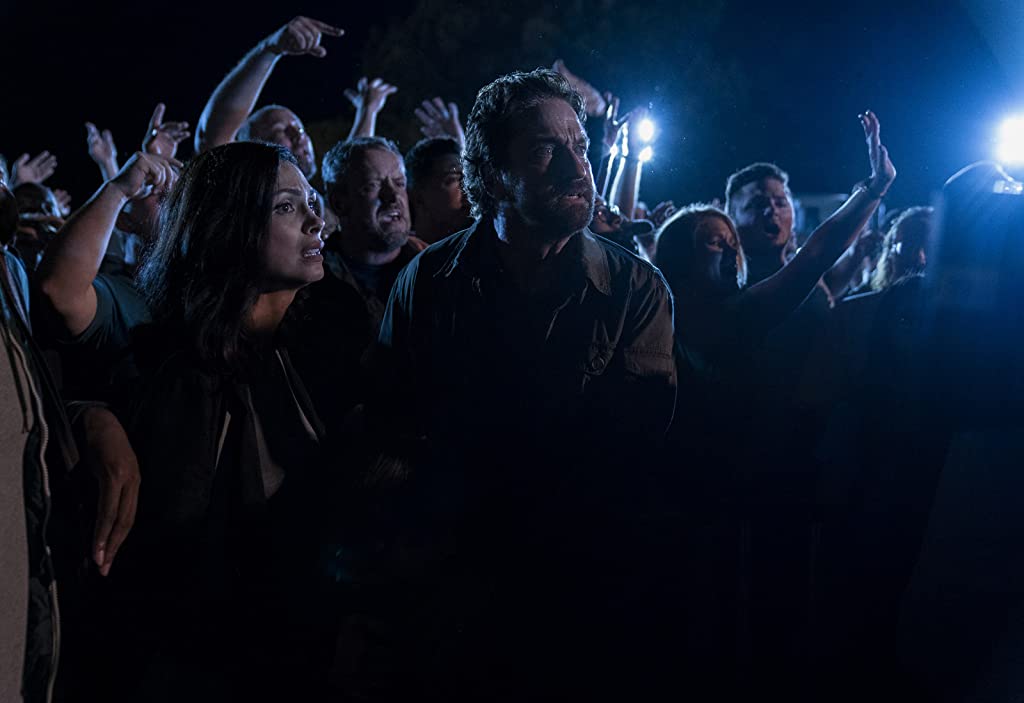 The latest Covid casualty in cinema, Greenland, directed by Ric Roman Waugh, hits VOD Friday, December 18. Originally slated for a theatrical release earlier this year, the natural disaster thriller joins the roster of many other films chosen to be released through a digital platform as many theatres are still closed. Choosing a VOD release, the film is eligible to be viewed through the proper channels from any household with a rental streaming service available to them.

The flick, led by Gerard Butler, follows Architect John Garrity (Butler,) and his wife Allison (played by Morena Baccarin) and son Nathan (played by Roger Dale Floyd,) as they navigate a chaos-ridden world expectant of an incoming comet and its fragments that threaten to wipe out the human race. The comet was originally predicted to just pass by the Earth’s atmosphere, but upon further discovery, it is realized that its collision in a European-bound destination could be an apocalyptic extinction-level event. Certain families with specific skillsets, like John Garrity, have been chosen to receive shelter, with only a limited amount of time to gather their belongings and bring their family to an evacuation point for safety. However, getting somewhere safe proves to be more of a challenge when the entire world descends into chaos and madness as the fight for survival proves to be a most basic human instinct, one that people will do anything for. The film sees its supporting characters in Scott Glenn, Andrew Bachelor, and Gary Weeks.

Setting this movie aside from other disaster-centered plotlines is how the focus shifts from the visual effects of big cinematic catastrophes and focuses more on character development, a solid driving point that already provides a lead when pitted against similar features. The concept and flow seem pretty consistent in relation to 2009’s end-of-the-world film 2012, directed by Roland Emmerich. While Emmerich’s movie made a splash because of its direct connection to viewer’s real-life fear that the world would end in 2012 as foreseen by the Mayan calendar, it wasn’t well received. I think Greenland stands apart from other films driven by a disastrous event because an actual perception of what an extinction-level atmosphere would really be like is portrayed. We see the characters dealing with fear, jealousy and animosity from others who weren’t chosen to receive shelter, and the gritty reality of understanding a human’s desire and instinct to survive.

The film doesn’t take long to gather its footing, and the pacing is set within the first few minutes that let the viewer know the remaining two hours will be thrilling. And, as expected, the delivery was pretty solid. While the film sits apart from other movies that burn bright and fast with exciting visual spectacles in a positive manner, there is still the “that would never happen” moments of coincidence that will see audience members rolling their eyes. Because of this, a backlash of unoriginality seems to tie itself to the film that prevents it from being the potential blockbuster that it could’ve been.

Still better than similar films, Greenland managed to hold my attention for its runtime, even though the cliché moments did seem like a setback. A VOD release does seem appropriate, and I’m curious to measure the film’s success against the other December 18th theatrical-only releases Fatale and Monster Hunter (recently pushed up a week from Christmas Day.) It seems all three films didn’t receive much media attention or promotion familiar with big-budget studio films.