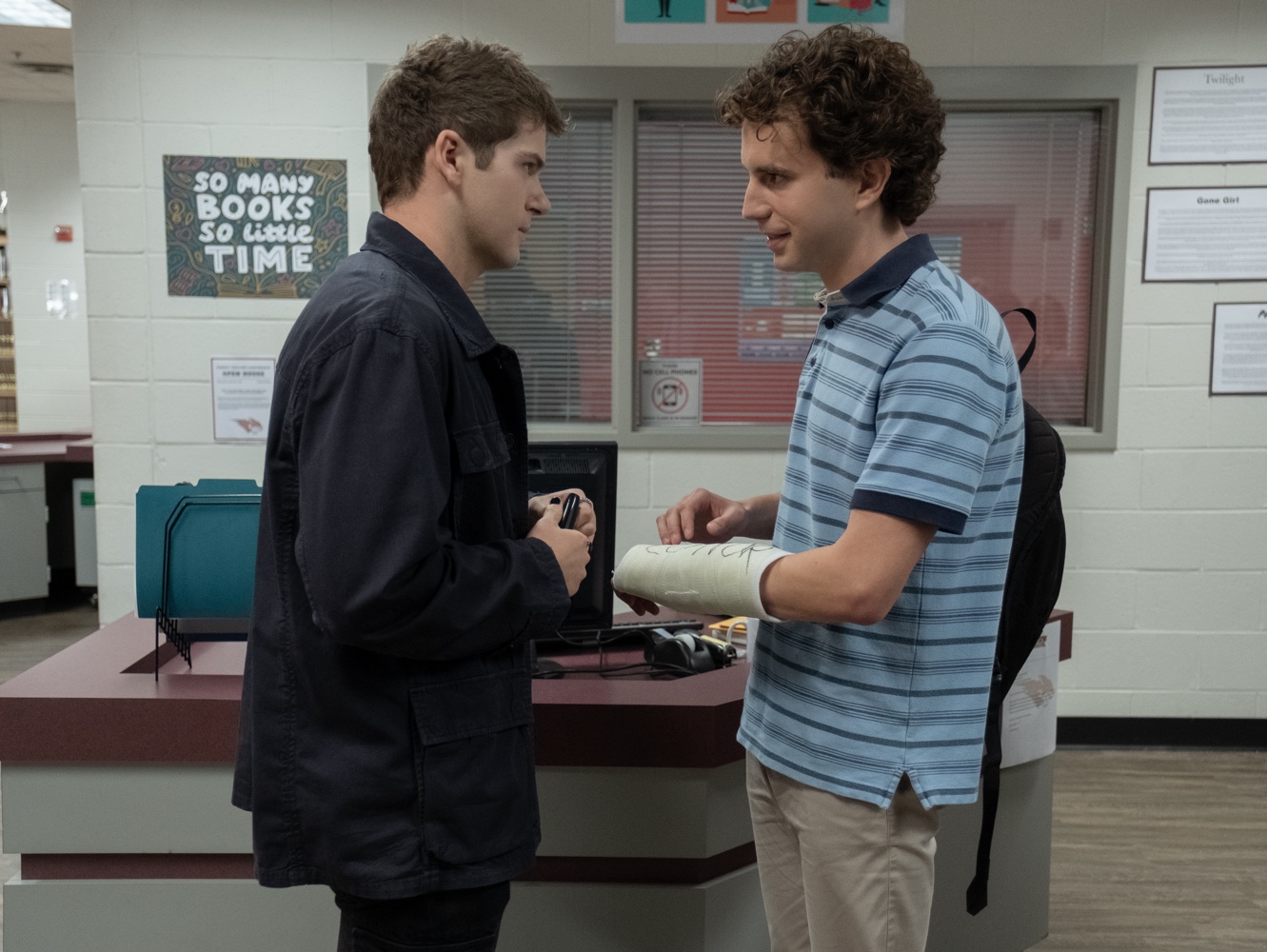 Evan (Platt) is a high school student who, in addition to the typical teenage insecurities, suffers from social anxiety. He’s given an assignment from his therapist to write a letter to himself, which is misinterpreted and taken by Connor Murphy (Colton Ryan) – a classmate struggling with issues of his own. After the altercation with the letter, Evan notices Connor is absent for several days and eventually learns that he took his own life. The letter is mistaken for a suicide note, and Evan finds himself in the difficult position of explaining what his relationship with Connor was. Through a series of lies that spiral out of control, he becomes close with Connor’s family – covering up the truth and eventually sharing his fictional friendship with the world through social media.

The largest issue people have taken with the film since the trailer was first released is Platt’s age. Yes, Platt was 26-years-old playing a high school student. But this is hardly the first time an actor is playing a younger character, and it’s clear to see why he was chosen to reprise the role. Platt has developed this character from the beginning and knows Evan better than anyone. His Tony Award for Best Actor was well-deserved, and his performance is fantastic in the film. It only takes a couple of scenes to get past the age issue, and it quickly becomes apparent that Platt is a great choice for the role. If this was the stage musical, no one would ever question it.

The music of the film is phenomenal, thanks to the talents of Benj Pasek and Justin Paul. The duo won both a Tony and Grammy for their work on Dear Evan Hansen, and have gone on to have huge success with La La Land and The Greatest Showman – each winning them an Oscar. Most of the songs from the stage musical make it to the film, with the exception of four: “Anybody Have a Map,” “Disappear,” “To Break in a Glove,” and “Good For You.” Two original songs were however added, being “The Anonymous Ones” and “A Little Closer.”

Although the film doesn’t quite have the same impact as seeing the musical in person, the terrific music and performances are still very effective in telling the story. Life is complicated, and these characters and the situation are explored and handled with care. The backlash the film is facing, due to claims of being insensitive or exploiting mental health and suicide, is unfounded – and mostly coming from those who have never seen the show or listened to the cast recording. If you think the film is glorifying Evan’s actions, you aren’t even trying to pay attention. In addition, without giving too many specifics away, the ending has been updated to show more consequences for the character.

In addition to Platt, the entire cast is great – with Kaitlyn Dever and Amandla Stenberg as the standouts. Stenberg’s Amanda is given an expanded role in the film, along with a new song, which is one of the highlights. Amy Adams and Daniel Pino turn in a pair of heartbreaking performances as Connor’s parents, and Julianne Moore is excellent as always. My only complaint is that we don’t see more of Colton Ryan as Connor, who has a larger role in the stage musical – kind of a voice in Evan’s head who accompanies him throughout. While I understand why they condensed the role, Ryan is wonderful in the film and I would have liked to have seen him more.

Dear Evan Hansen is a faithful musical adaptation that will pull on your heartstrings, while generating thoughtful discussion about mental health, family, truth, and consequences. Full of amazing songs and powerful performances, the film does right by the acclaimed stage musical it is based on. Fans of the source material will love it, and the film is sure to resonate with many young people who are struggling to find their way.