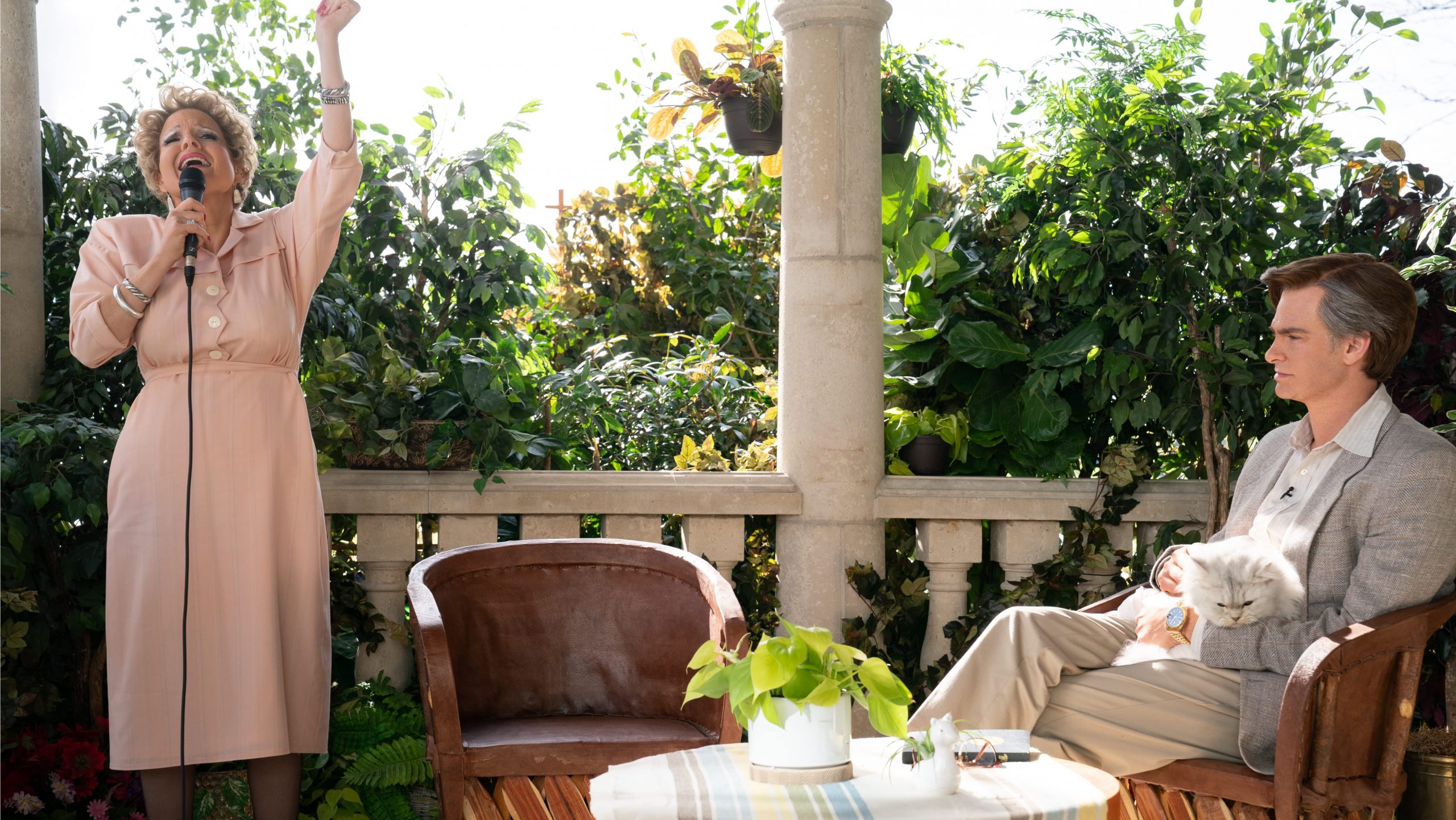 The latest biopic to hit theaters is Michael Showalter’s The Eyes of Tammy Faye, and in-depth look at the lives of famous televangelist couple Jim Bakker and wife Tammy Faye Bakker. Showalter traces the upbringing of the title character to the peak of her success, as well as her and husband Jim Bakker’s scandalous downfall. While many remember the story, screenwriter Abe Sylvia was able to show a perspective of the overzealous television star that might not have been well known to the public, with the script being adapted from a documentary of the same name.

Tammy Faye is played by Jessica Chastain, with husband Jim Bakker played by Andrew Garfield. We also see a supporting cast in Vincent D’Onofrio, Cherry Jones, Same Jaeger, and Louis Cancelmi. The performances were absolutely astounding, and while the plot served as a biographical mechanic at its core, the film was executed well. Anybody who remembers the Bakkers will no doubt remember the aesthetic of the famous television couple, and the uncanny resemblance between Chastain and Garfield is incredible (think on par with 2017’s I, Tonya.) The relevance of the film, much like the purpose of the previously mentioned biopic following the life of Tonya Harding, is to take a well known public figure that holds that status for reasons that might not be positive and to shed a look deeper into the lives of these individuals leading up to their moments of infamy.

While the real Tammy Faye was branded as a con artist and blacklisted from almost every televised ministry during the downfall of her career, Showalter’s film poses the question of morality in regards to Tammy and her relationship with her husband. Was she actually a victim by proxy to her husband’s greed for wealth and fame? Or, was she a willing participant in one of the most intriguing scandals involving televangelists to occur within the last several decades?

The tone and setting jolted audiences back to the 70’s and 80’s, with almost every scene convincing audiences they’ve leaped back in time with costumes, settings, language, behavior, and that oh-so-memorable televised vibe of TV ministries, live sermons, and telethons. Swindling the ministry and teetering on the edge of bankruptcy, Jim Bakker lived a lavish lifestyle, with his preachings stating that “God doesn’t want his flock to be poor, but to live rich lives.” And with that theory, you have to give some to get some. So, garnering around 20 million views a day at the height of his career, the influx of pledges and donations pouring into the church were quite high – lining the pockets of Bakker and his associates. This story is just as much about him as it is his spouse.

With a music career and her early beginnings in television rooted in putting on a puppet show directed at children watching from home, it was interesting to see the duality of the puppet/puppeteer idea as we see how Tammy Faye was used in the same fashion to serve the purposes of her husband, his partners, and the network. Known for going against the grain, embracing other belief systems, people from all backgrounds, and advocating for LGBTQ+ communities, Tammy Faye Bakker made some stirrings during her highlighted career. I think the focus of the film is to serve as an answer to why Tammy Faye garnered the negative attention of the public. The film doesn’t proceed to follow much more of her life past the trial of her husband and the disintegration of their viewership, ministry, and social stature.

As biopics follow more and more obscure individuals, it’s refreshing to see films that offer the side of the story most people never got to hear, or cast aside as an excuse. The effect is different when a director can put together a piece that pulls you in with the promise of scandal or infamy and then turn that on its side just enough to get audiences to think, ask questions, and start a conversation. With great performances, an all too familiar story, and enough cinematic nostalgia, The Eyes of Tammy Faye definitely hits its mark. The film is playing exclusively in limited theaters and is definitely worth checking out.