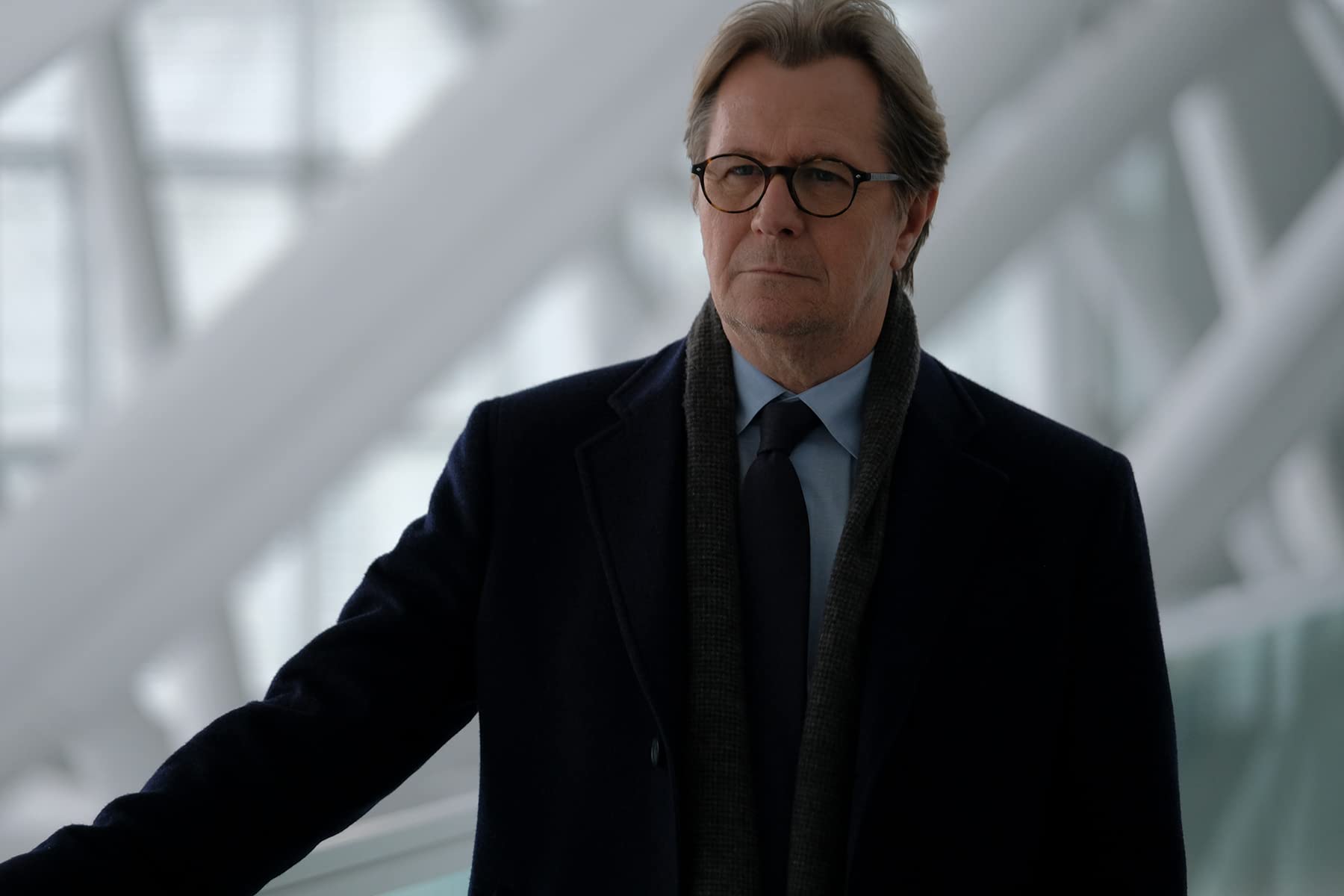 The Opioid Crisis kills tens of thousands of people in the US every year, reaching nearly 50,000 in 2019 alone. In Nicholas Jarecki’s new film CRISIS, the writer/director sheds a spotlight on the far-reaching affects of these drugs, showcased through interweaving storylines of people who are all impacted in one way or another.

Dr. Tyrone Brower (Gary Oldman) is a medical researcher who discovers a new drug being brought to market has extremely addictive traits. Claire Reimann (Evangeline Lilly) is a recovering addict trying to find her son after he goes missing. And Jake Kelly (Armie Hammer) is a DEA agent tasked with uncovering a huge drug-smuggling operation at the US-Canadian border. Meanwhile, his sister (Lily-Rose Depp) is struggling with addiction problems of her own, causing a rift in their family.

The use of multiple, overlapping storylines is extremely effective in telling a story like this. It shows how these issues are far-reaching, impacting all of our lives in one way or another. And the film is also a great examination of decisions people face when tasked with difficult choices. The moral dilemma of a researcher who finds dangerous side-effects of a life-saving drug is balanced by a pharmaceutical company that wants to save lives and appease shareholders. A DEA agent reflecting on personal struggles, hoping to protect those he loves and others who lose loved ones every day to the same fate. And a mother with first-hand experience in how addictive these drugs can be, dealing with tragedy of her own and struggling to make sense of it all while searching for answers. It’s never a simple answer, and the the storytelling isn’t painted as black and white, good vs. bad, right and wrong. Rather the information is presented in a thought-provoking way that allows audiences to question how they might react in the same situations.

The film has a star-studded cast, lead by the always-fantastic Gary Oldman. Of all the storylines, his is the most compelling – and the most eye-opening because of the uphill battle he faces. Endlessly frustrating to watch, because of how believable it all is, it’s hard not to get an uneasy feeling in your stomach as he battles everyone around him to do the right thing. From the dean (Greg Kinnear) of the college he works for, to the heads of the pharmaceutical company who make the supposedly “non-addictive” new drug (played by Veronica Ferres and Luke Evans), he hits road blocks one after another all the way to the FDA. You truly feel the frustration and disappointment in Oldman’s believable performance.

Evangeline Lilly is perhaps the most relatable storyline, and turns in a gut-wrenching performance as she struggles to understand how her son could get caught up in all of this. As a parent, it’s hard not to empathize with the character and get caught up in the grief she feels. It also shows how anyone, no matter how smart or affluent they are, can fall victim to these drugs. Lilly is solid here as usual.

Armie Hammer fits the role of DEA tough-guy agent here well. With all the personal drama he is going through these days, this may be one of his last leading roles we see him in. But personal drama aside, he gives a good performance in one of his more interesting roles to date. His story is important because it shows how people in law enforcement put their lives on the line to protect not only the ones they love, but the millions of people they will never even meet. The character’s first-hand experience with his sister’s addiction adds an extra layer of depth to the story.

The cast is rounded out by Michelle Rodriguez as the drug-bust supervising agent, Martin Donovan as the head of the pharmaceutical company, and Scott Mescudi (better known as the musician Kid Cudi) as Gary Oldman’s character’s contact with the FDA. Jarecki even cast himself as the DEA sidekick character, which plays well in his first feature role.

CRISIS is a compelling story, and multifaceted look into the epidemic that has plagued our country for the last two decades. Featuring a great cast, intriguing storylines, and solid action beats – it’s an important story to understand how complex the entire situation is. Never does the film feel preachy, in an “eat your vegetables” sort of way, but rather, it presents the information in a fair way that lets the audiences decide how to feel. And at the end of the day, there is something in the film that everyone can relate to.

Crisis is out now in theaters and to own or rent on all digital platforms.