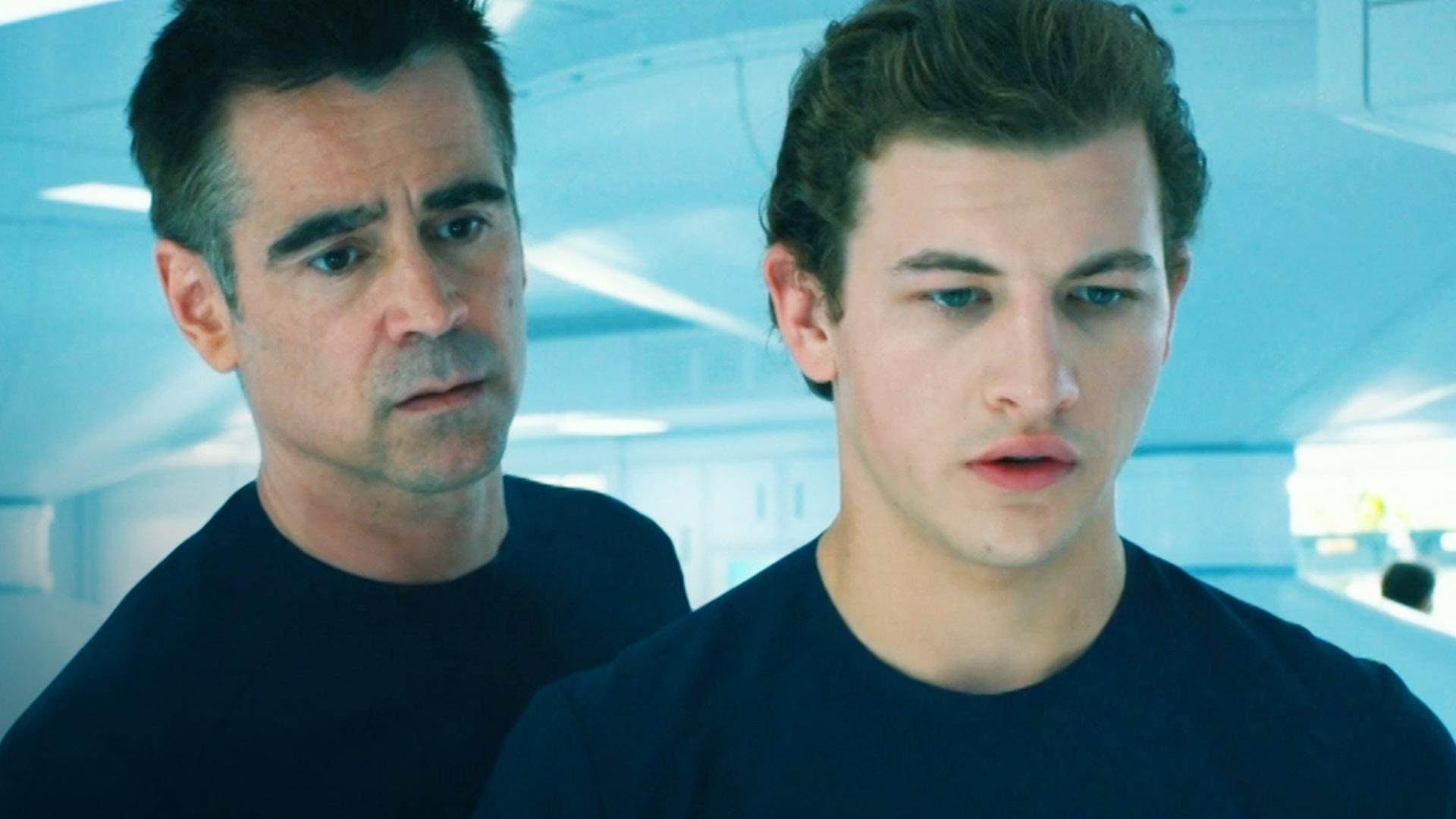 What if you took Lord of the Flies and applied the same lessons to a futuristic space voyage leaving Earth to find a new home? You’d end up with Voyagers, the latest YA Sci-Fi film written and directed by Neil Burger (DIVERGENT).

When scientists discover there is no future for humans on Earth, they put together a plan that includes sending 30 children into space – with the goal to repopulate so their kids can continue the human race. One of the lead researchers, Richard (Colin Farrell), decides to go with them to watch over them as a sort of parental figure. Everything seems to be going according to the mission plan, but teenage minds become curious and start to rebel. Before you know it, things become “Lord of the Flies in space.”

Tye Sheridan (READY PLAYER ONE) plays the curious, yet optimistic Christopher, who wants questions answered more than to start a fight when he discovers secret compartments on the ship. He leaves the fighting to Zac (Fionn Whitehead), who takes the omission of certain mission information as betrayal. The two eventually come to odds over what to do, and as things get out of hand they fight for control over leadership of the mission. Zac also targets Sela (Lily-Rose Depp), the ships Chief Medical Officer, who does not return his affection. Christopher and Sela must work together to stop Zac and his followers before the entire ship turns against them, and all hope of the mission is lost.

Stories like Lord of the Flies are timeless, because they deal with human nature and very possible outcomes for children being are left to their own devices. And often, it isn’t that different than what adults would do under similar circumstances. Stories about the fight for power, control, and leadership have been told since the beginning of time. And putting a modern, sci-fi spin on the classic story makes for an interesting character study. And unsurprisingly, changing the setting or the time period doesn’t change much – human nature does what it continues to do.

The film is rather self-contained for being set in space. Most of it takes place on the ship, with a few sequences that barely take us outside. The set design is impressive, and gives a believable take on how a space vessel like the would operate. The computer systems, automation, and technology overall seems realistic. The biggest downfall lies in the script, and some of the acting. Overall the story is fine, but some of the dialogue often feels a bit contrived. And while Farrell and Sheridan are pros, some of the performances from others like Depp and Whitehead feel clunky. I like both of the latter actors, and attribute some of that to the script, but several of their deliveries that made the cut could have used another take or two. These choices didn’t ruin the film, but do make it harder to take seriously at times.

There are valuable lessons to be learned, especially when it comes to the adults who set up the mission. It’s crazy to think that out of an entire planet that is dying, no one but a single scientist would volunteer to raise these kids and live out their final days in space. It is that selfishness which ultimately dooms the mission, leading them to control the children rather than teach them. And when you try to supress nature, nature fights back.

Though familiar, the film is entertaining enough with the futuristic premise and slick set design that it’s probably worth taking the trip into space for a couple of hours to confirm how you think it will all play out.

VOYAGERS is out now in theaters.