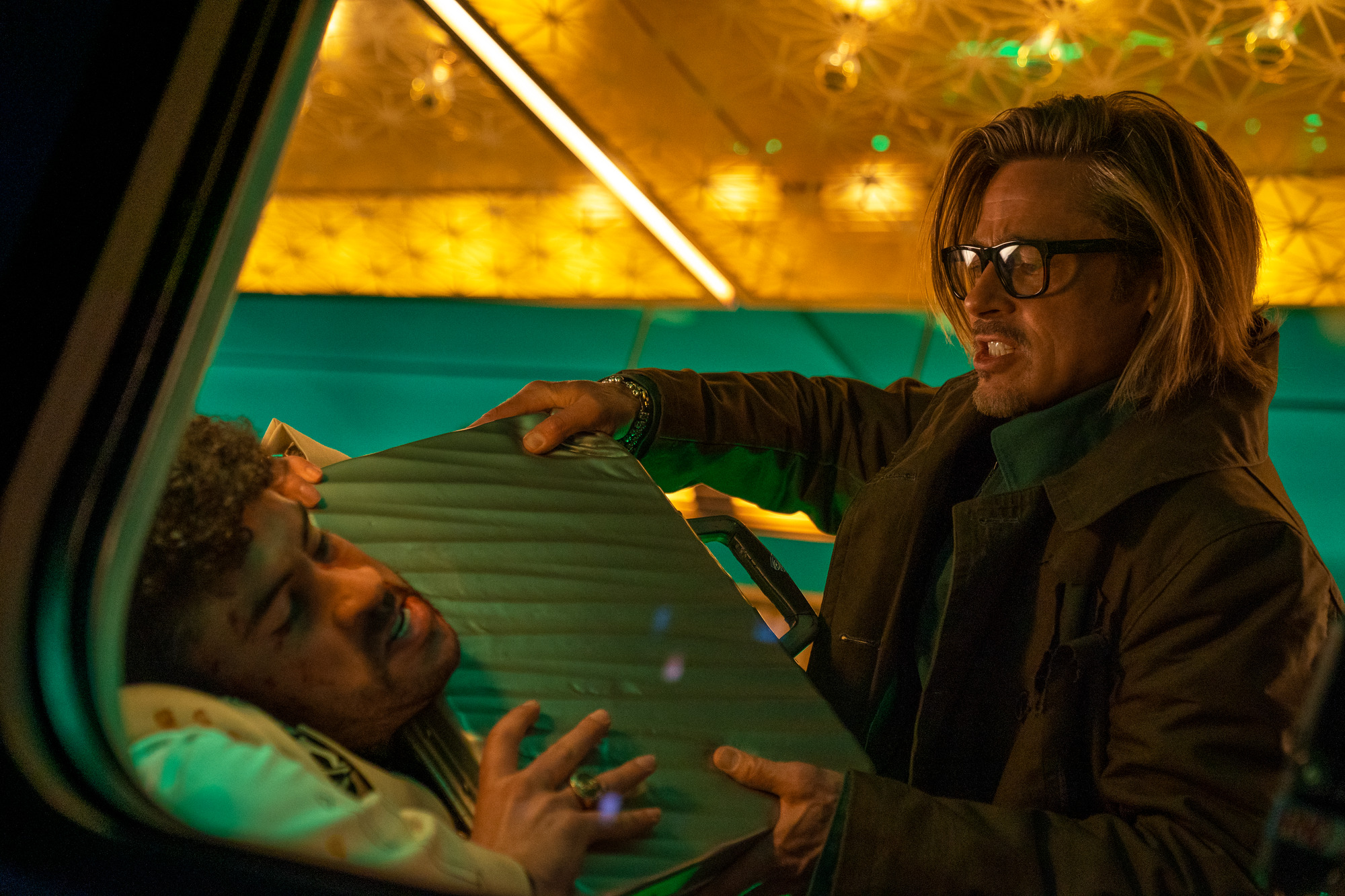 Some people avoid movie trailers. [Editor: I feel attacked] It’s not an entirely unreasonable decision; trailers can often spoil the plot or give away too many clues (see: Terminator 2). Once that happens, the enjoyment of a movie can be ruined. I, on the other hand, tend to enjoy trailers. If it’s a movie that I’m looking forward to, a good trailer will just get me even more hyped about it. Along the same veins, a trailer for a film I was previously unaware of will pique my curiosity and put it on my radar. Sure, a poorly edited trailer will occasionally spoil a movie, but sometimes you gotta take the bad with the good.

And therein lies an eternal struggle, the line that editors must ultimately toe: how much can be shown before a teaser becomes a spoiler. If you don’t show enough, it may not garner the interest you’re hoping to attract; if you show too much, people may refuse to go or may go in with a negative attitude right off the bat. In the case of Bullet Train, it’s an interesting juxtaposition, because it tends to be a little bit of both at the same time. The trailer doesn’t really spoil much of the plot; on the other hand, the movie is essentially two hours of the action and humor shown, with a little (okay, a lot) of blood thrown in.

Based on the novel Maria Beetle by Kōtarō Isaka, the movie features Brad Pitt as the protagonist only known by his codename, Ladybug. Ladybug is the unfortunate victim of some terrible (and amusing) luck. Think Forrest Gump on the other end of the spectrum: he’s almost always in the wrong place at the wrong time. His assignment in the film is to retrieve a particular briefcase off a train and exit at the next station. Easy enough, right?

Of course, it can’t be that simple. Unbeknownst to him, several other assassins are also on the train or about to board. What looks to be a quick snatch and grab job turns into something far more complex involving some tricky connect-the-dots.

Pitt shines through as an “aw shucks” guy who has to stumble his way through the ride. His character is obviously skilled at his job, but timing and circumstance force him to adapt in an often humorous manner. The ensemble cast as a whole makes the movie as fun as it is. Aaron Tayler-Johnson and Brian Tyree Henry in particular stand out as Tangerine and Lemon, two brothers who spend as much time bickering with each other as they do fighting the rest of the crew. Joey King also does an excellent job as Prince, an assassin who’s often overlooked because of her precocious appearance.

It’s these strong performances that save what devolves into a twisted, convoluted plot. While the first half of the film does a good job of showcasing action and humor while building an aura of mystery, the second half gets bogged down a bit by “a ha!” moments and reveals. Thankfully, the humor persists throughout the full two hours, but I did feel towards the end that it was trying to be a bit too clever (full disclosure, though, I haven’t read the book, so perhaps the writers were hamstrung by the source material).

For the most part, though, it’s slick, fast-paced, and at times incredibly hilarious. There’s physical humor and some clever dialogue, and it never takes itself too seriously. There are some notable cameos that I’ll leave you to discover, and in the end, Krisden and I walked out of the theater thoroughly entertained and wanting to see it again. It likely won’t garner many top-tier awards during awards season, but as an action comedy, it’s a solid choice.