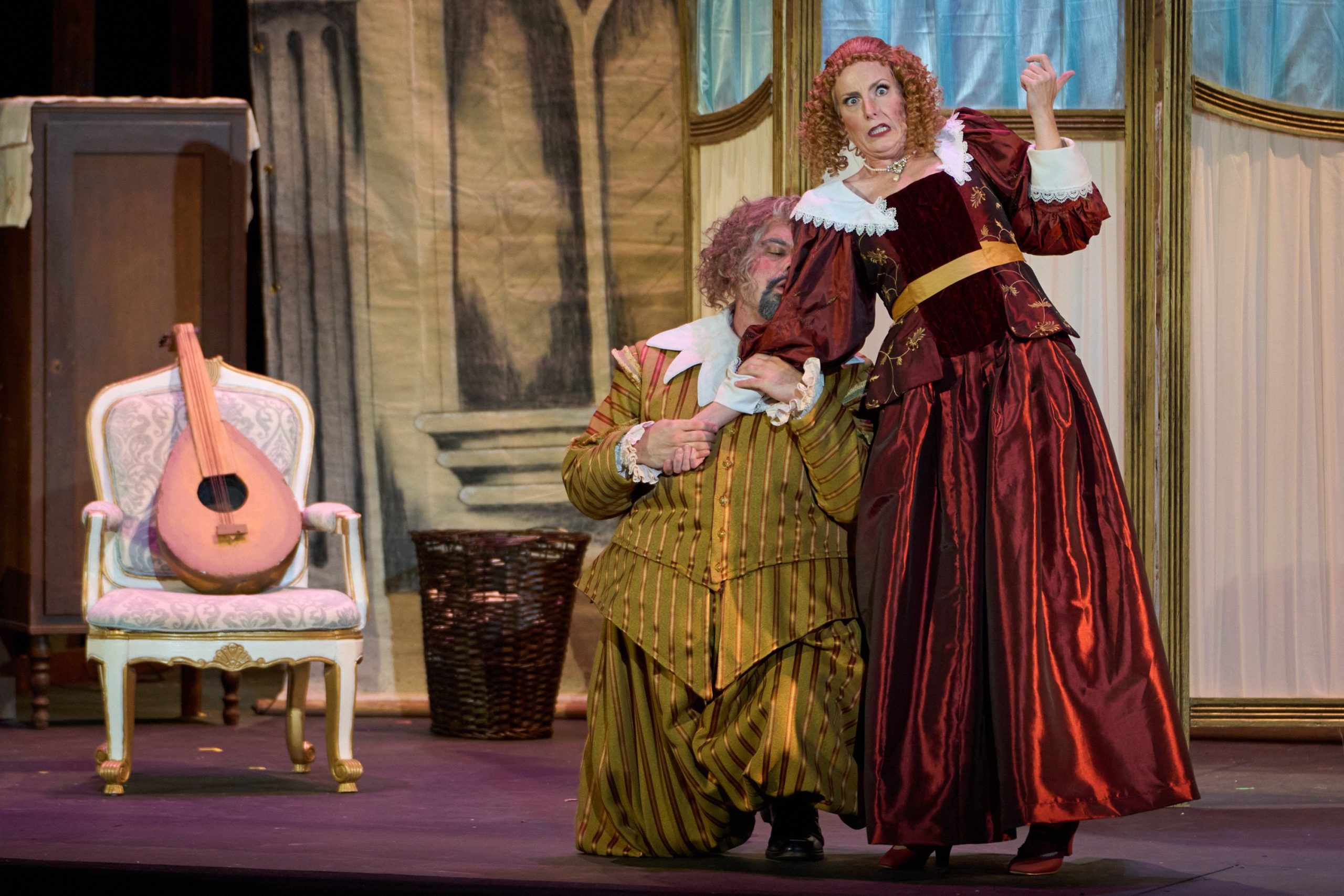 Hosting a 28th season dominated by excellent performances, Union Avenue Opera’s second production, Falstaff may be the strongest of the bunch. Written when he was almost 80, Verdi’s comedic opera is a pared-down version of The Merry Wives of Windsor amended with scenes from Henry IV, Part 1, and Part 2 for dramatic heft and better continuity.

John Falstaff is a hulking, lecherous beast of a man whose avarice knows no bounds. Despite having a run of misfortune, he remains relentless in pursuing the ladies. Plagued by money troubles and desperate to turn things around, he hatches a plan to reverse his fortune by duping two married women, Alice Ford and Meg Page, out of their fortunes.

However, unbeknownst to him, the two women, aware of his unscrupulous plan, have plans of their own. Determined to teach Falstaff a lesson by humiliating him, they band together with Alice’s daughter, Nannetta, and the clever Dame Quickly.

Complicating Falstaff’s machinations are Ford, Alice’s husband, and his cohorts who also have set their dastardly scheme in motion. As their respective plans unfold mayhem ensues, turning Falstaff’s best-laid plans into disastrous escapades that eventually get the best of him.

Filled with an abundance of charm and physical comedy, this sophisticated comedy is brimming with laughter courtesy of a talented ensemble. Led by returning baritone Robert Mellon (who debuted with the company last season) as Falstaff. Powering through the first act with unchallenged rigor, Mellon is mesmerizing. The second act finds him more subdued as he brings the knight’s more cunning traits to the surface of his performance. For the final act, the gloves come off as Mellon treads into over-the-top territory as Falstaff realizes he’s been humiliated.

Helping the opera go native are real-life husband and wife Jacob Lassetter and Karen Kanakis. Starring as Ford and his wife Alice respectively, their real-world synergy adds to the depth of their characters while also infusing some whimsical charm into the opera.

The remaining cast is filled with beautiful voices and powerful performances. UAO alum Brooklyn Snow shines as Nanetta. Joining her is Melody Wilson who gives a terrific performance as Meg. Also great are Marc Schapman as Bardolfo and the dynamic Mark Freiman as Pistola. Joining them is Janara Kellerman who makes a welcome return to UAO as Dame Quickly.

Featuring an ensemble of talented performers, director Jon Truitt has created a hilariously fun and thrilling opera. Filled with seduction, scheming, and revenge the production moves briskly, giving the audience a fast and furious barrage of innuendo, tongue-in-cheek one-liners, and zesty humor. Loaded with wonderful singing and plenty of skullduggery, Falstaff should not be missed.

Upcoming performances of Falstaff will take place on August 5 and 6 at Union Avenue Opera, 733 N. Union Boulevard. For tickets and information visit unionavenueopera.org.