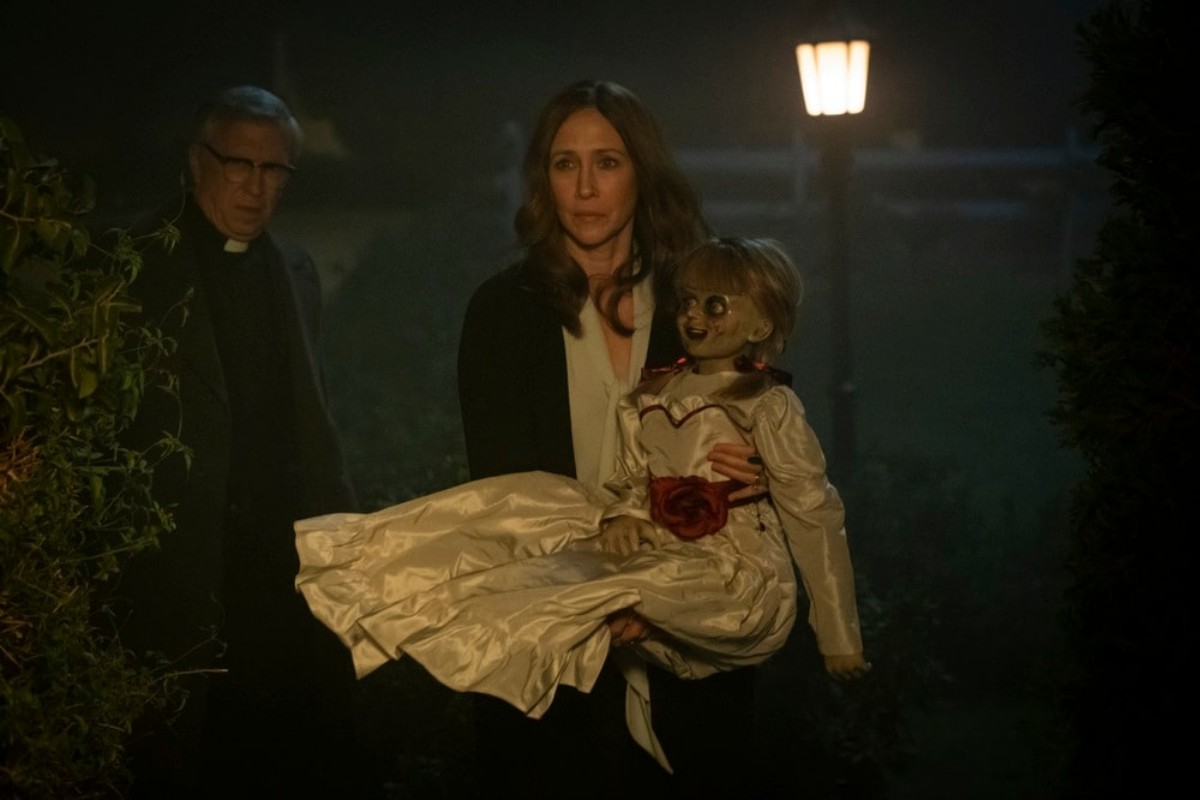 The latest installment from ‘The Conjuring Universe,’ saw its Seventh franchise film with the release of Annabelle Comes Home. Directed by Gary Dauberman, who recently slipped into the director’s chair from his niche of writing the films (he’s penned all three Annabelle films, as well as The Nun and 2017’s IT and being a follow up to 2017’s Annabelle: Creation, the film needed to make its mark, more so, because the last few entries within the franchise sunk with fans, critics, and the box office.

With the first two entries of Annabelle films taking place prior to the infamous Ed and Lorraine Warren coming into possession of the doll (two characters who are the driving force behind ‘The Conjuring’ universe, based on real-life paranormal investigators,) the third film, Annabelle Comes Home picks up after the events of The Conjuring, when the doll is placed within the confinement of Ed and Lorraine Warren’s room of haunted and possessed artifacts. Upon leaving their daughter with a sitter, played by McKenna Grace and Madison Iseman as ten-year-old Judy Warren and Mary Ellen, and a curious friend who just can’t ignore the temptation to explored the locked room (played by Katie Sarife,) the three girls soon find themselves being haunted by the variety of haunted items locked within the Warren’s home.

While it was interesting to see the storyline unfold and how the Annabelle doll interacted with the other artifacts, causing the manifestation of evil spirits and entities to terrorize the girls, it also felt like there was too much going on. The previous installments in the franchise have been commended for scaring audiences with the use of wonderful acting, resourceful use of a horror score during intense scenes, and truly terrifying storylines – however, it seems that some of that brilliant storytelling has been with replaced with cheap jump scares. 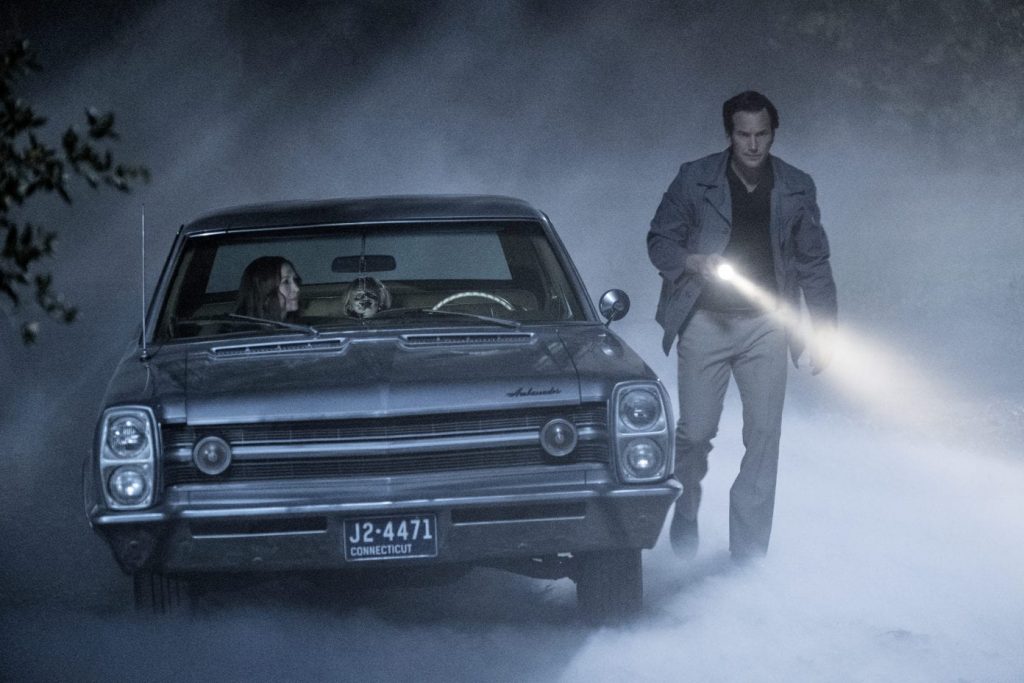 Don’t get me wrong, jump scares have their own special place in horror cinema, but when you rely solely on this jump effect to get a reaction from your audience, it can sometimes leave a lackluster feeling. The film does deliver the scares, it just does so in a manner that is different from previous franchise entries, and that manner is one that I thought set this group of films aside from other run-of-the-mill haunting films. Being inspired by true stories is also part of the fun horror experience when audiences see the film, with that little piece of knowledge sitting in the back of their heads waiting to manifest in a fearful way when the viewer least expects it.

I will say, compared to other recent entries in the franchise, such as The Nun or The Curse of La Llorona, Annabelle Comes Home precedes these films as a step back in the right direction. I, personally, just felt it was a little disappointing how this entry fizzled out after the incredible success done with Annabelle: Creation. I will say, it was interesting to incorporate Ed and Lorraine Warren in the film, played by Patrick Wilson and Vera Farmiga. But, their characters were underused and the story had much greater protentional to use them as driving forces of the story. After all, the film is titled Annabelle Comes Home, and it’s the Warrens’ famous collection of supernatural artifacts that seems to be the venue of choice for Annabelle’s latest horrifying ideas of fun.

While the film didn’t deliver in the way I was hoping it would, it still was enjoyable. For fans of the franchise, I think they’ll either love it or hate it, depending on how they like to view their horror films. Those fans of the overused jump scare will leave presently surprised, while those seeking out a storyline that inspires a more sinister and terrifying process after the film might feel a little cheated. Regardless, I feel like this specific film is a must-see entry for any that are going to continue following the franchise and see where it goes. Remember, this movie is a smaller film that is a part of something much larger, and while all of its parts might not necessarily be riveting, you have to make it through if you want the full story. (Much like a book, you can’t skip chapters and expect to understand the ending.) 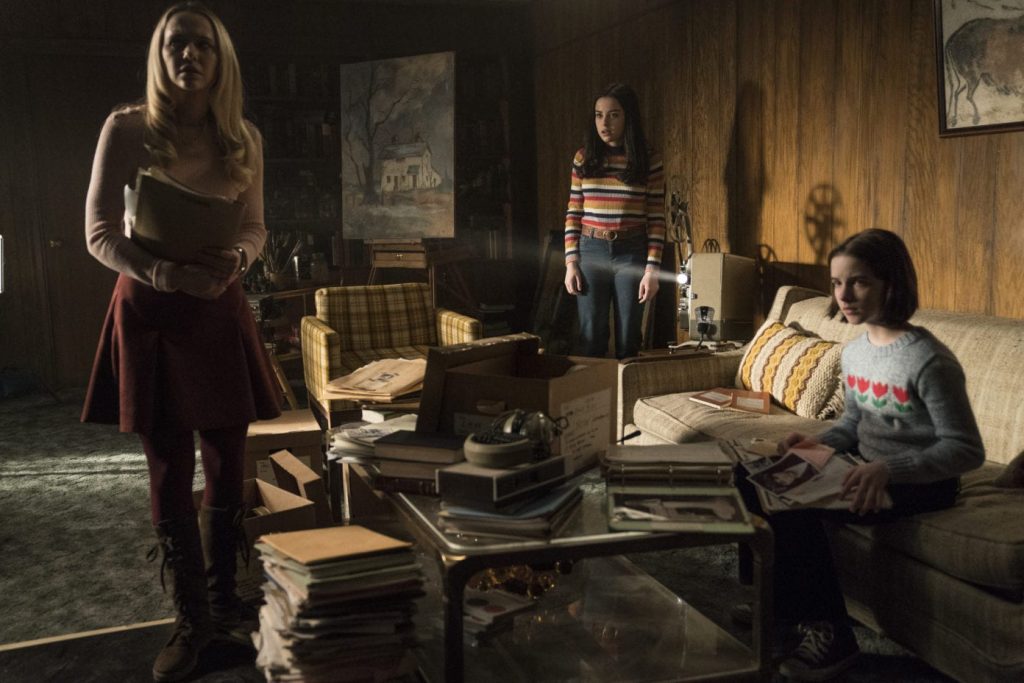