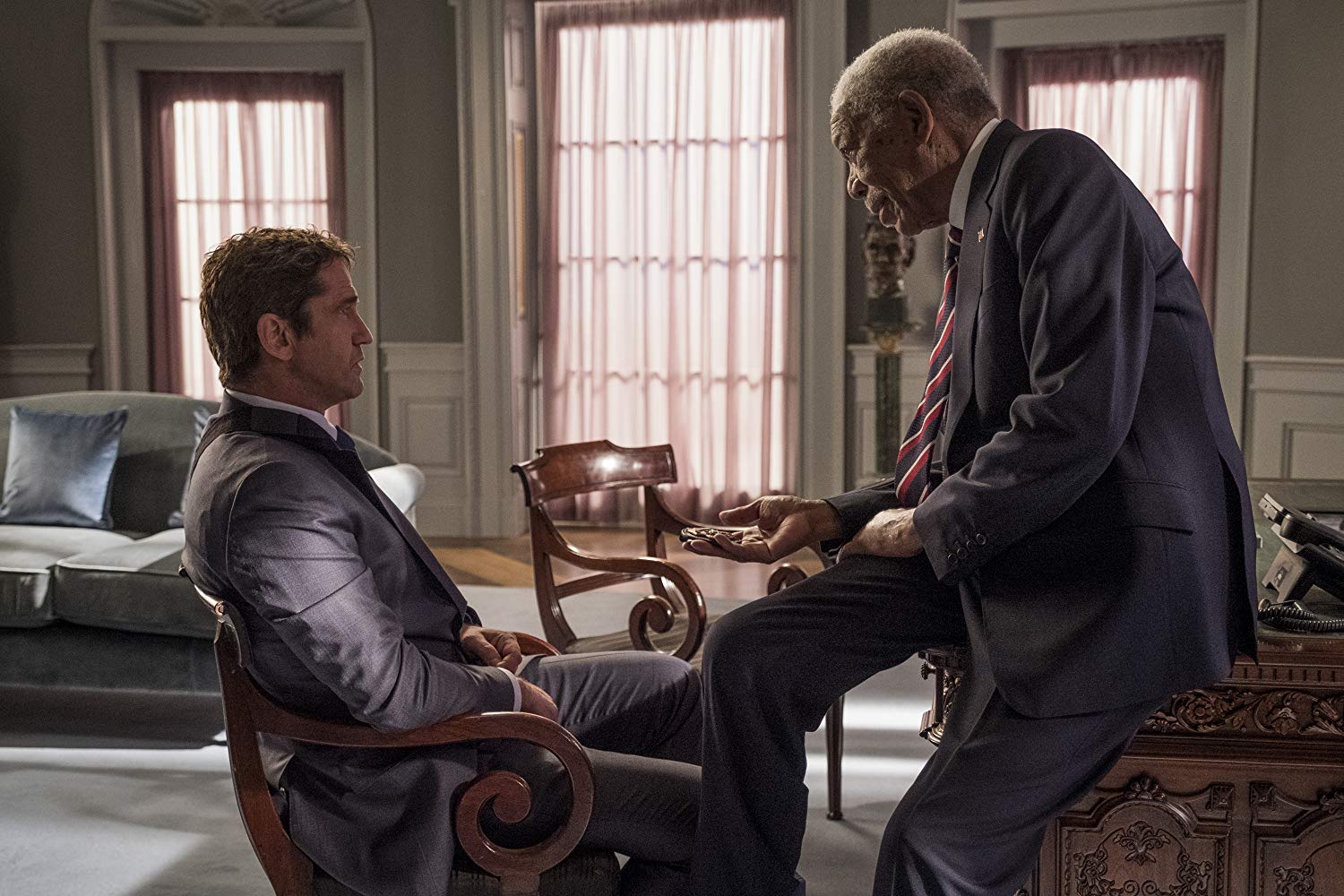 Remember when you were a kid and you’d play out various fantasy scenarios of you saving the world? Nevermind the various plot holes or implausible events that occurred, you were a hero, dammit, and nothing could stop you from getting that ticker-tape parade. 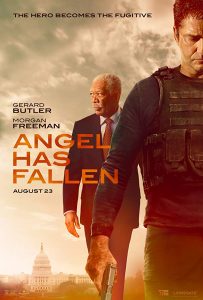 If you can relate to that paragraph and cringe at the very thought, congratulations. You don’t need to see the _______ Has Fallen trilogy. If you can’t relate to that or you like those memories, then the latest installment, Angel Has Fallen may be the perfect film for you.

The third of a franchise that began in 2013 with Olympus Has Fallen, the first of two movies that year that revolved around terrorists taking the White House hostage. If you haven’t seen it already, well, spoiler alert: Gerard Butler’s character, Secret Service Agent Mike Banning, saves the day along with President Asher (Aaron Eckart). Three years later, Banning once again saves the day, once again along with the President, this time in London.

Crap, I forgot a spoiler alert for that last one. My bad.

But hey, fast forward three years later, and Asher is no longer in office, having been replaced by Allan Trumbull, a man who looks and sounds remarkably a lot like Morgan Freeman. Trumbull, who’s ascended from Speaker of the House to Vice President to President, is aiming to ease tensions around the world and reduce, if not eliminate, America’s use of contractors in military engagements.

Unfortunately, the screenwriters decided Banning isn’t allowed to live in peace, and while on a fishing trip, the President is nearly killed by a drone attack. Aside from Banning, his entire Secret Service detail is killed, and Banning gets blamed thanks to some planted evidence, forcing him to go on the run, while President Trumbull lies in a coma. 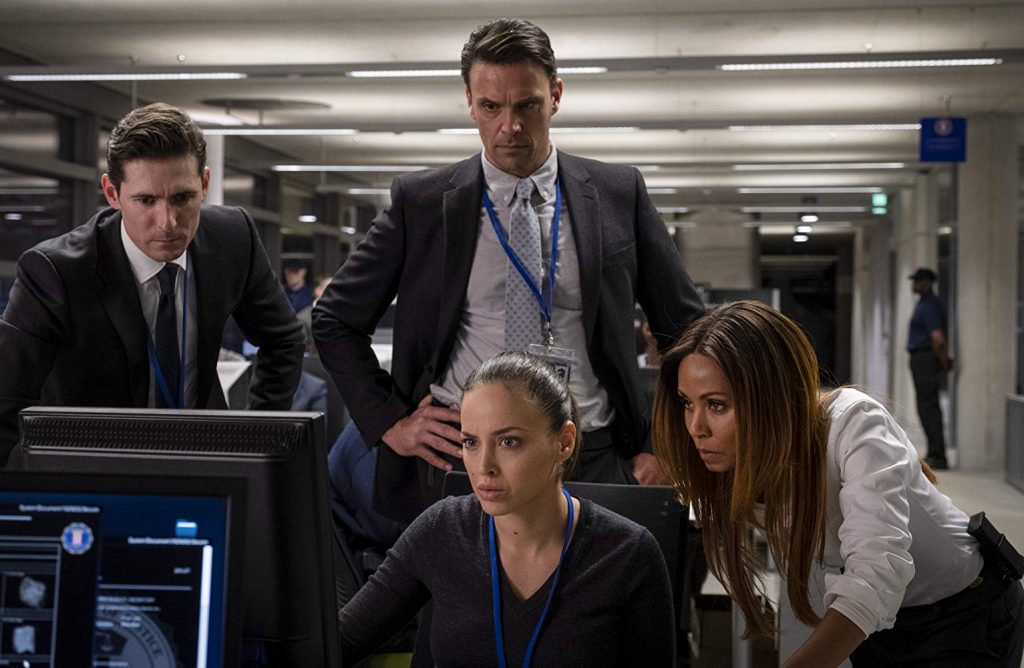 Look, it’s a thin plot. I dunno what you’re expecting here. This is basically just a delivery mechanism to see Gerard Butler be a killing machine and Nick Nolte (who plays Banning’s estranged father) be a quirky, yet admittedly funny, old man. Nolte, whose career took a bit of a hit while he struggled with alcohol and drugs, has rebounded since his stellar performance in Warrior, but here, he’s just some good old-fashioned comic relief, and he does it pretty well.

The problem is, the film tries to take itself seriously at times when essentially everyone in the audience has resigned themselves to take everything with a grain of salt. The dialogue between the two Bannings as they meet for the first time in years and attempt to reconcile presents a stark contrast to the overall tone of the rough and tumble, “holy crap, there’s no way that’s possible” action and the light-hearted humorous moments Nolte brings. The result is like mixing water and oil; it just doesn’t blend together well.

Still, in spite of that, it’s a relatively entertaining film if you’re willing to shut your brain completely off and enjoy it for what it is. There’s no real character development, and the plot twists that the film introduces are telegraphed well ahead of time. But the final battle, culminating between Banning and the man who set him up to take the fall, is pretty entertaining, and there’s at least one character death that was relatively unexpected in the middle of the film. And for what it’s worth, I did enjoy it more than its predecessor, London Has Fallen.

As summer’s winding down and the action blockbusters slowly halt, if you’re in the mood for some action (and literally nothing else), Angel Has Fallen is a solid option. Just don’t expect to get much more out of it.

Angel Has Fallen gets a C 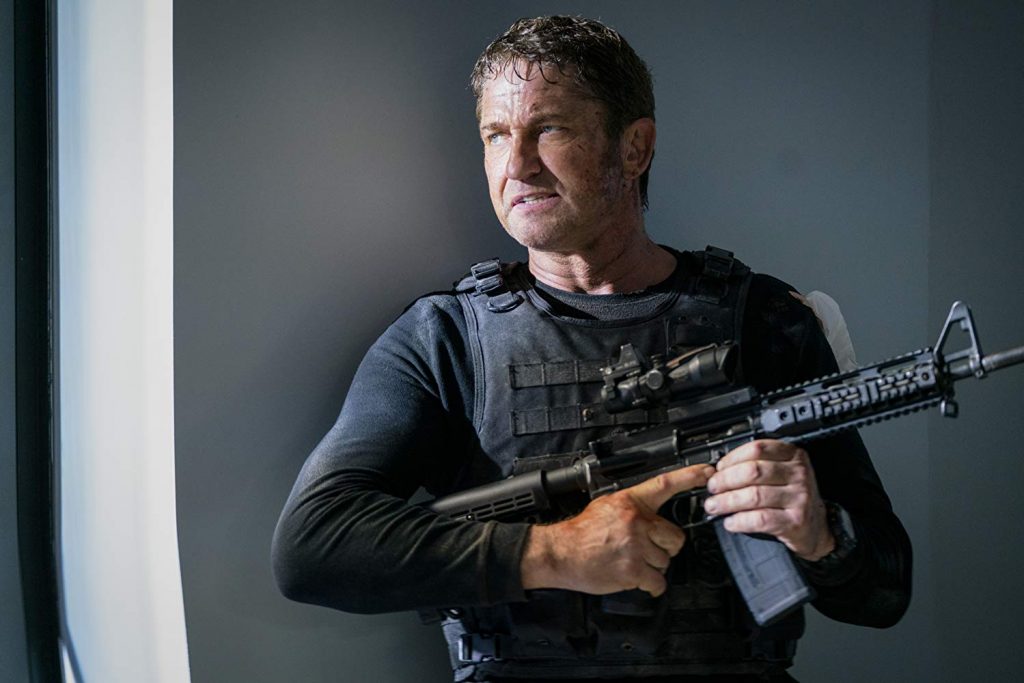