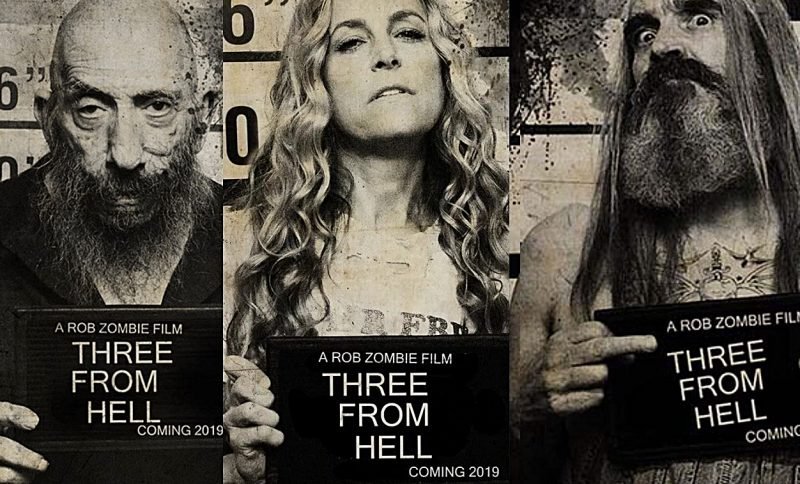 First off, “3 From Hell,” is a very difficult movie to enjoy. Not because it’s not well made, but because it’s just that devious. Director Rob Zombie was thought to have left the Firefly Family for dead in “The Devil’s Rejects,” but alas the trio managed to survive the onslaught of bullets at the end of the film, which is still Zombie’s strongest film.

However, while the third entry into the “House of 1000 Corpses” trilogy isn’t without it’s own strong points. Zombie’s wife, Sheri Moon, takes her demented character Baby down an entirely new path. If you thought she was insane before, it seems that her actions in the new film even have her brother, Otis, played wonderfully by Bill Moseley, questioning what little sanity she may have left.

Much has been made about the absence of Captain Spaulding, played by Sid Haig. Spaulding is a fan favorite. Zombie has mentioned in several interviews that Haig’s health had taken a turn for the worse around time he started filming. He originally planned on Haig being a major part of the film, but due to the actor’s health issues, he could only appear for a few minutes in the film. That was probably the saddest thing about the film was seeing the condition Haig looked to be in. He looks to have dropped a ton of weight and just did not look very healthy. I hope the 80-year old actor can get things turned around health wise because he has a lot of fans who care about him, including Zombie himself.

So, stepping into the shoes of Spaulding is Foxy Coltrane, half-brother of Otis. He’s played by Richard Brake, who also starred in Zombie’s “31,” probably the weakest of all his films. Foxy is a movie-quoting murderer, who fits right in with the family.

While the film is ultra-violent, and at times disturbing, you will find yourself rooting for the trio, as they try to escape a murderous Mexican gang. There are some sentimental moments in the film. One occurs when Baby and Otis are talking about how they have lost everyone in their family. It makes you realize that no matter how devious they are, in the end, family is everything to them.

While this isn’t Zombie’s best film, it’s probably his best directed film. You can really see him start to come into his own as a filmmaker. Some of the camera angles and music he uses in the film are very artsy. He really has a knack for portraying violence on the big screen. While I may not be a huge fan of “3 From Hell,” I have always been a huge Zombie fan since the time I interviewed him over 10 years ago. He knows good movies and has an eye for directing. I liked the fact he used the media to tell the story in the film. It was very reminiscent of “Natural Born Killers.” Hopefully, he can get his next project, whatever that may be, picked up by a major studio.

I think what ultimately kept me from totally enjoying the film was the fact that Haig was absent. He was such an instrumental part of the first two films, and kind of a comedic break from all the bloodshed. I couldn’t help but thinking about Haig during the film and which scenes were supposed to be his. No disrespect to Brake, as I felt he held his own just fine.

“3 From Hell” concludes it’s three-night run in theaters Thursday night. The movie will be available for digital download and on Blu Ray on October 14, just in time for a Halloween treat.