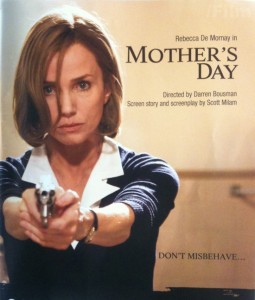 I have heard a lot of buzz about this film particularly from my brother who is a huge horror movie fan.  The film has received a good word of mouth from those that have seen it at horror film festivals.  After watching the trailer, I think it looks okay.  Not much different from any other home invasion flick, and I think the music is wrong for the trailer.

Synopsis:  A psychotic mother encourages her two brutal sons return to the house where they grew up to terrorize the new owners and their guests with horrific acts of violence