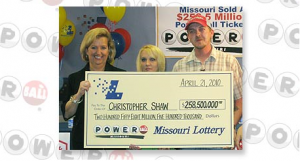 This past Wednesday, April 21 – a man from Marshall, MO claimed the largest Powerball jackpot ever won in Missouri. Christopher Shaw won $258.5 million. And to make things even better, Chris says that he hardly ever even plays the lottery. 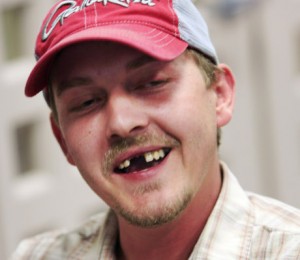 According to the Missouri Lottery website, molottery.com, Chris said, “I thought somebody is going to win; there are too many people buying tickets.

Chris purchased 5 $1 Powerball tickets, with numbers generated from the computer. Lucky for him, one of them paid off; the winning set of numbers was 11, 34, 41, 49, 55 with a Powerball of 20. When a friend called him the morning after the drawing, he checked his ticket and was amazed when he saw the winning numbers. Chris said that he might use the winnings to go to Disney World, buy a new car, and possibly a fishing boat.

This win marks the 26th Powerball jackpot ticket ever sold in Missouri. It is also the 10th largest in Missouri Lottery history.