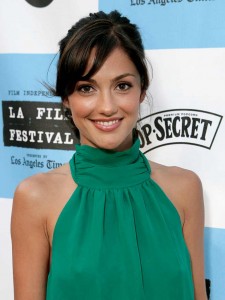 Well damn, another one bites the dust! Wait, are you saying I didn’t have a chance with Minka Kelly? Have you seen me I’m pretty freakin’ awesome. OK, so maybe I have a high opinion of myself….

The rumor is that Kelly and Jeter will be tying the knot at Oheka Castle on Long Island November 5th later this year. Which gives you plenty of time to use Google maps to locate the place of their wedding and profess your love for Minka Kelly (or Derek Jeter if that is the way you swing).

Having now typed this out I realize what a boring story it is, but some people actually care. I’m willing to ask if you ask the average American who Minka Kelly is they will look at you with befuddled expressions because she isn’t even a household name. Although, your neighbor who has a subscription to Maxim has most likely imagined her in scenarios that even the cheesiest romance novelists wouldn’t dare write.