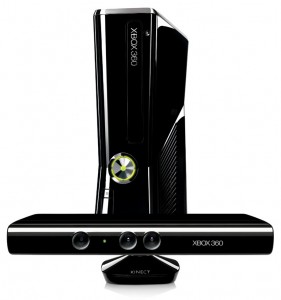 XBOX360 is currently the hardcore gaming population’s choice for hardware, but since its released it has been plagued with problems. If you bought a XBOX360 in the first two years of its release, you could almost count on having the dreaded “Red Ring of Death” or RROD for short. Despite updates in hardware, the problem has still continued for many. Microsoft is going to be changing a lot of minds, and turning a lot of heads with its new version of the XBOX360.

Microsoft seems to be heavily invested in their new technology, Kinetic, and all signs to them trying to encroach on Nintendo’s market share of motion based games. Still no word on what the price of Kinetic will be, and if the technology is as advanced as Microsoft claims it to be.

What do you think of the new XBOX360? Let us know in the comments.