Michael Moore pulls off live theater stunt to SAVE CEOs 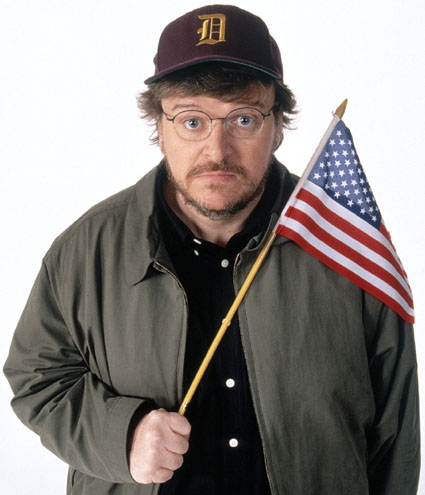 Last Friday, Michael Moore put together a pretty interesting stunt in theaters around New York, Los Angeles, Chicago, and Washington DC. In select AMC Theaters, moviegoers were welcomed by ushers from Moore’s satirical organization “Save our CEO’s,” who collected donations for the executives of companies like AIG, Citibank and J.P. Morgan.

Here is the transcript of the trailer that played…

Hi, I’m Michael Moore. Instead of using this time to tell you about my new movie, I’d like to take a moment and ask you to join me in helping our fellow Americans. The downturn in the economy has hurt many people. People who have had no choice but to go on government assistance, yet our welfare agencies can only do so much. That’s why I’m asking you to reach into your pockets right now and lend a hand. Ushers will be coming down the aisles to collect your donations for Citibank, Bank of America, AIG, Goldman Sachs, JP Morgan, and a host of other needy banks and corporations. Won’t you please give generously? Now, I know what you’re thinking, “I already gave at the bailout”, and I know you did. But even if you’ve given in the past, give some more, it’ll make you feel….good.

ABOUT THE FILM: Michael Moore’s first new documentary in over two years takes a comical look at what he calls “the biggest robbery in the history of this country”—the massive transfer of U.S. taxpayer money to private financial institutions. The acclaimed director of Bowling for Columbine and Fahrenheit 9/11 turns his camera on the disastrous impact of corporate dominance on the lives of ordinary Americans and people around the world.