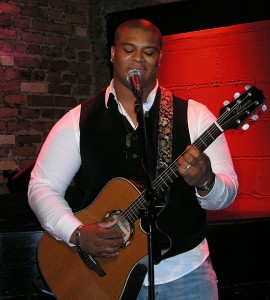 Michael Lynch or “Big Mike” has been disqualified from this seasons American Idol after his father leaked who was going to be going into the finals this year.  This violates the confidentiality clause of the contract signed by the performers who participate in American Idol.

Apparently Michael’s father leaked to the Tampa Bay press that Michael was going to be in this year’s Top 24.  Things like this have happened before, with the Top 24 leaking out, but it usually is never anyone tied to one of the performers. It is a big no-no confirm if you are going to be one of the contestants on your year of American Idol.

Well, it kind of sucks for Michael Lynche that his father wasn’t able to keep things quiet. It makes you wonder if their relationship will end up being strained after this? Who knows, maybe this piece of news will give Michael just enough fame to propel him into something bigger.