Matt’s Journey to the Dark Side: An Android User’s Foray into iOS – Day 3

Coming into the third and final day of my iPhone experiment, I feel I’m really getting used to this phone as my “daily driver”. Swiping to unlock, launching certain applications and typing on the new keypad are all starting to feel familiar. While I haven’t been able to test every single feature available on the iPhone 5, I feel I’m getting a good sense of what it can accomplish.

Today we’ll take a look at Apple’s new camera features, the ability of the iPhone to serve as a mobile gaming unit and my overall thoughts about the conversion from Android to iOS.

Apple introduced several new features to its already impressive camera, including the ability to take panoramic shots and reported improvements in low-light settings.

The panoramic mode is a neat feature, but was somewhat janky in my personal experience. Users will find that the quality of the photo improves dramatically the more you’re able to swivel the phone around the axis of camera lens. The example above was taken at a local St. Louis event over the weekend and as you’ll notice, there’s somewhat of a fish-eye effect going on. Perhaps this is due to my caffeine induced shaky hands, but regardless the ability to capture a 180° image is a notable if not somewhat novel feature. 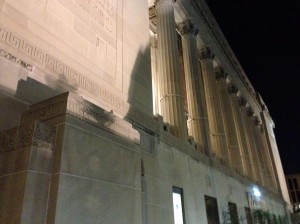 Low light performance is some of the best I’ve seen on any smartphone camera thus far. The two photos here are from the same event as before and show off the beautifully renovated Peabody Opera House and the band The All-American Rejects performing at Taste of St. Louis. Color representation is fantastic, however as expected in low light situations, the photos are somewhat grainy. Having said that, iPhone owners can still be proud to know that it doesn’t get much better than this. 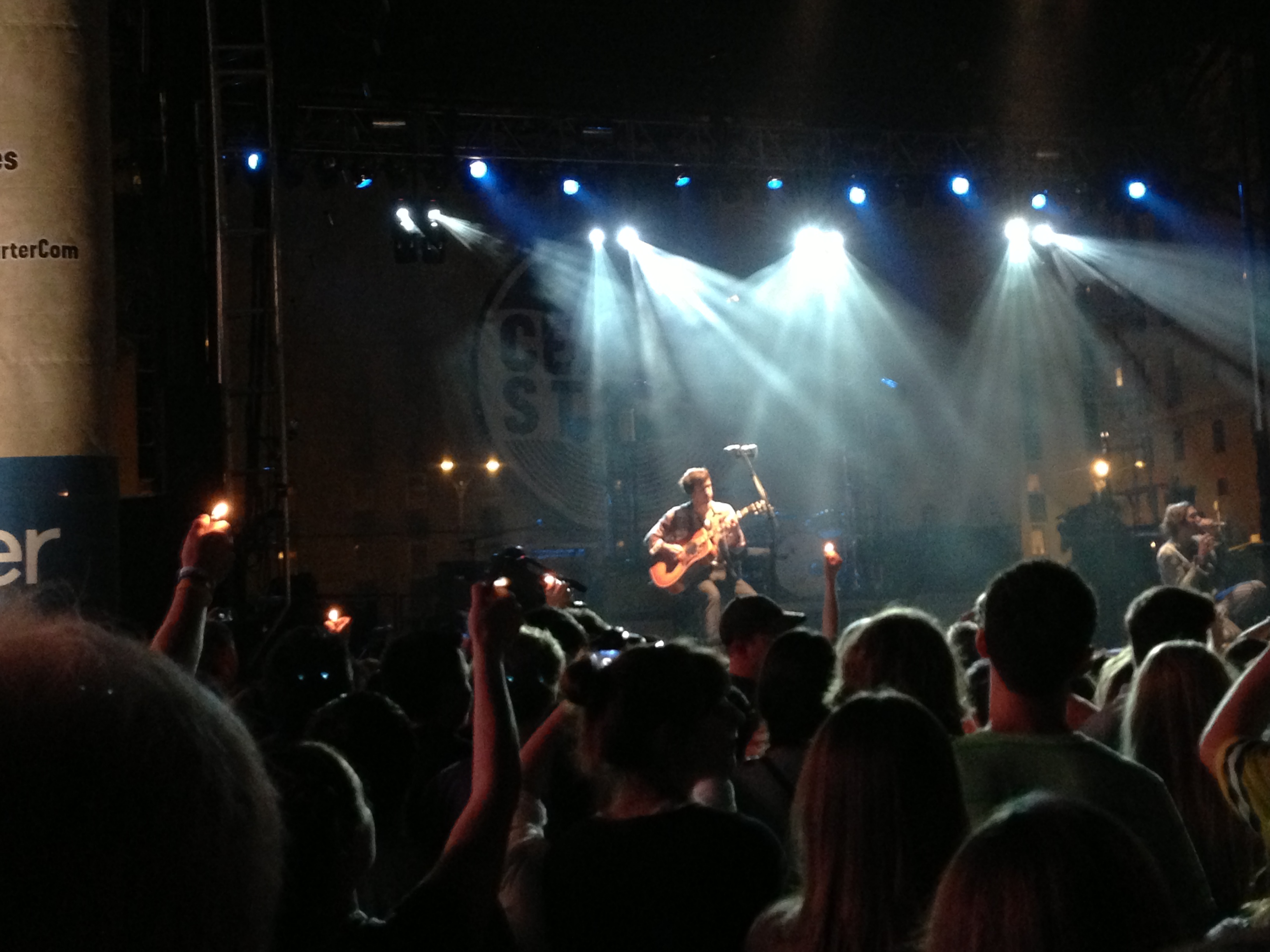 Sharing is extremely easy and unusually fast. Even on my poor 3g connection, photos seem to upload to Facebook, Twitter and via email in a flash. 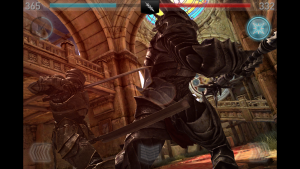 If iOS has one clear and cut victory over Android it is gaming.Android is notorious for the lack of high end mobile games and iOS is overflowing with them. I tested a few of these high end games, such as Infinity Blade II and was blown away by the performance. Due to Apple’s  new A6 processor, these games launched in a flash and virtually eliminated any kind of loading screens or waiting times. Graphic performance is almost on par with current generation console games and the controls are typically fluid and responsive.

The selling features of the iPhone are its simplicity and Apple’s ability to optimize its hardware to its fullest potential. Because Apple sees the iPhone through from start to finish means that there are no worries about compatibility or fragmentation. However, because Apple controls the entire supply chain, they are able to create a “walled garden” eco-system that keeps some features out of reach. Apple’s commitment to design and construction also sacrifice the modularity of their phones. End-users are not able swap out a spare battery or expand their storage as they wish.

For those of you out there that want a streamlined smartphone that does what it promises (with the exception of Maps) the iPhone is for you. If you like to tinker or want more control over your phone, you’re probably better off with Android. Most of you reading this have already made that choice and will likely stick with whatever you’re used to. I know I will. After having used the iPhone (admittedly, for more than 3 days), I plan on making use of Apple’s 30 day return policy and going back to my Evo.

Like politics, religion and Ford vs. Chevy, people seem to stay with what they know. As technology becomes more and more a part of our lives it seems like we’re all being forced to declare allegiance to one side or another. Perhaps the introduction of Windows Phone 8 or Blackberry 10 will change the landscape, but for now we can at least be grateful that there is competition for our dollar. Until there is one phone to rule them all, manufacturers and developers will continue to fight for our money by lowering costs and developing better products.

So which side do you fall on? Let us know in the comments section below.