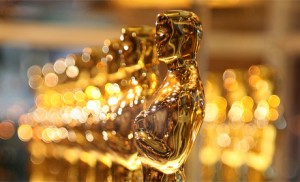 The following is a comparison of my Oscar picks from February 15th and the humble realization of what actually transpired. Winners and new commentary have been added in italics.

Oscar picks are to some, what track betting is to others. I have never made formal Oscar picks like this before, so it is very possible I could fall flat on my face. But nonetheless, I think this is a very interesting year where some films seem to have practically won already and others are still very much undecided. Most critics like to wait until the last minute to make their “official” picks, but for whatever reason I have decided against that. So here we go…

The King’s Speech is highly favored this year to sweep the Oscars. Colin Firth’s performance has been heralded time and time again as being Oscar-worthy. Jesse Eisenberg is too new to win in the category and Jeff Bridges won last year. This will be the year that Mr. Firth wins his first Oscar.

This is one category that I think is pretty much already decided. Natalie Portman has the most buzz around her respective performance and while the other actresses are more than worthy, The Black Swan was also the most high profile of the films.

Conventional thinking would say that Hailee Steinfeld would win this Oscar as this is the category that seems to like to honor young, up and coming starlets. But I would go as far to say that this award is more about honoring the underdog than age. Melissa Leo has been a working actor for 20+ years and I think the Academy will see her superior performance acknowledged with an Oscar.

Toy Story 3 will almost certainly win the Oscar for Animated Feature. It was better than Dragon, and will win over the more obscure Illusionist.

I think this is one category is still up in the air. Alice in Wonderland has the most catching visuals, but its overall critical reception could hurt it from being known as an “Oscar winning film”. In my opinion, The King’s Speech or Inception could also easily win, but for some reason I think Wonderland will take home the statue.

All of these films would be more than deserving of the award, but because True Grit will probably get snubbed in other categories, I think it will win this one. The cinematographer has also been nominated 9 times for this category and never won, so I guess you could say he’s due.

So Deakins got snubbed again, which is not to say Wally Pfister isn’t deserving. Inception was granted much of its praise because of it’s unique visual look. Whether it was folding cities or gravity defying fight scenes, the camera work and shot composition was breathtaking. Kudos to Inception.

Costume Design tends to love elaborate period pieces, so with that being said; I think The King’s Speech will easily take the Oscar.

This just goes to show that Oscar does not always favor the “best” movie in these technical categories. While I think I was one of the few that actually liked “Alice”, I’m still not sure it really deserved this award.

I haven’t seen all of these movies, so this is more of a guess. But from what I understand, this category is pretty much between Inside Job and Restrepo. Inside Job is about Wall Street greed and Restrepo follows a platoon of soldiers in Afghanistan. I think this pick will boil down to what audiences care more about…that being the economy.

Film Editing is one of those categories that most people don’t really think about when they’re watching a movie. But The Social Network uses its edits so well that it manages to incorporate so much dialogue, on screen events and different locations that I think it will win.

Because Biutiful is the most high profile movie on this list and that it stars an Oscar winning actor, it will probably win best Foreign Language Film. It is also an excellent film that relates well to American audiences and our love affair with the psychology of criminals.

Wrong again Matt. Hopefully this Oscar win will grant “In a Better World” a wider audience. Hopefully I am in that audience since I haven’t seen it.

Makeup is often a tossup that goes to the most high profile movie nominated. While The Wolfman was more high profile than The Way Back, it wasn’t nearly as good of a movie. The makeup in both is so different that it’s like comparing apples to oranges, but because The Way Back used makeup in a very visceral way and it is arguably the best movie overall on the list, I think it will win.

Is it just me or does it seem like “The Wolfman” has been out for more than a year. According to it’s poster and IMDB, it says the release date was 2/10/2010, but I choose not to believe that. Another example that The Academy does not discriminate against mediocre movies…which is a good thing I guess.

I think The Academy will want to show some love to The Social Network on this one. It will also get some “cool” points by having Trent Reznor on stage. But even objectively, the score of The Social Network was amazingly good. It managed to relate to the story, identify with the time period and be ear catching all at the same time.

I would just like to add that I was very proud to see Mr. Nice Inch Nails on stage at the Oscars. Someone I watched the Oscars with even doubted that it was the same “Trent Reznor”…but it was.

Randy Newman became almost as popular as Buzz and Woody with the first Toy Story and considering his panache for creating extremely emotional songs, I think We Belong Together is the clear winner in this category.

If you, the reader have enough interest in movies to look at Oscar picks, you’re probably aware that The King’s Speech is highly favored in this category. But the question is…why? The King’s Speech has the right combination of elements that The Academy loves to reward with their sought after golden statue. The King’s Speech is an English period biopic with elements of humor that showcases the talents of several Oscar worthy actors. Not to mention the technical aspects of this film are all superb as well.

This pick may be a bit of wishful thinking, but I’m calling Tron for the upset. While Inception is favored in this category, I think the use of sound editing in the battle scenes of Tron alone make it worth this award.

So much for wishful thinking. I must that that I’m surprised at how many awards Inception won tonight. Inception took home a total of 4 Oscars, tying The King’s Speech for the most wins.

Because I believe Tron will win in Sound Editing, I’m giving Sound Mixing to Inception. Its atmosphere of sound makes the fight scenes and dream states come alive with visceral reality.

Much like the viewers at home, I think The Academy will see Inception’s folding city in their mind’s eye as they cast their ballots for Visual Effects. Few of its competitors can hold a candle to Inception’s countless examples of surreal anti-gravity eye candy.

Before it was released, many thought The Social Network was just a flailing attempt to capitalize on the Facebook phenomenon. What audiences got was a captivating story that infused razor sharp dialogue and a relentless plot that connected with audiences in a way that has since claimed to have captured a generation.

Whenever a film is favored to win best picture it becomes highly likely that it will also win for writing. While based on a true story, The King’s Speech is a touching original screenplay that captures the audiences’ compassion for the underdog.

2011 was a year of few surprises  at the Oscars. The hosts’ carried out their duties as expected without flair or controversy and the awards went to who was favored overall. Aside from a few toss-ups,  I’d say the biggest upset was “In a Better World” for Best Foreign Language Film. While most of the average movie going public rarely sees a foreign film, “In a Better World”
was nowhere near as high profile as “Biutiful”. Check your boutique theaters and/or video stores soon as “In a Better World” is about to get a hell of a lot more popular.

What did you think of the results tonight? Let us know in the comments section below.