Looking at the 2011 Oscars, Picks and Wishes 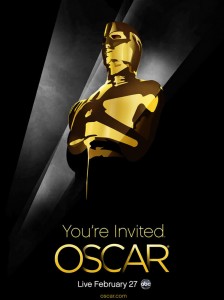 Now that my Best Films of 2010 article is out of the way I can focus on writing up the Oscars and focusing in on the performances and technical categories individually.  I will do a will win/should win plus throw in some thoughts on what I thought were the snubs and list my favorite performances of the year.  So without further delay let’s jump into the categories!

For what my Top 10 of the year were you can check out my list so I was just comment on the list as a whole.  They say that The King’s Speech is a lock to win and why it is a fine film there are a lot of films here that are more deserving.  Swan, Inception, Toy Story, Social Network, I would pick all of those films before Speech with 127 Hours nipping at its heals.  If Speech wins I won’t complain all that much but I think for fun I won’t pick it.  The Fighter is far and away the worse film of the bunch, finely acted but nothing interesting beyond that; and it’s shockingly considered the 3rd runner in the pack.  If that is the case it really is a shame as there is so many more interesting films for the Academy to get behind and they seem to gravitate towards standard fare; not that surprising though.  Picking Social Network though to root for something different.

Zac’s Should Have Been’s

Again, David O. Russell is getting nominated for a film I didn’t love and for work that I feel pales compared to his previous works, Three Kings and I Heart Huckabees.  So throw him out.  Christopher Nolan not being in here is just a travesty, nobody else working today could make Inception.  Nolan should be here and winning if you ask me.  Edgar Wright should also be in the mix as Scott Pilgrim is just an incredibly assembled vision that never falters in its goals, give him Hooper’s spot.  Going to throw out the Coens too as they have done better work and Mark Romanek’s vision in Never Let Me Go was haunting and will not soon be forgotten.  Fincher is grasping on to the lead here, and Hooper might swoop in if Speech sweeps, but I would have put Fincher behind Aronofsky and should have won, Nolan.

I really like the actors in this category and wouldn’t make much of a change. This is basically Firth’s award this year, but I think he was more deserving last year for his work in A Single Man.  I personally would have gone with Eisenberg who is just phenomenal as Mark Zuckerberg and commands the screen while trying to hide in it; remarkable work.  Bardem is great in Biutiful but has been better before.  I would replace him with Ryan Gosling who is mesmerizing as Dean in Blue Valentine.  Ryan Reynolds’ work in Buried was almost as impressive as Franco’s this past year in a similarly contained film. I would actually put Gosling’s work second to Eisenberg.  Jim Carrey was fantastic in I Love You Phillip Morris but the Academy doesn’t really like him for some reason. DiCaprio is a just miss for Inception and Shutter Island as he went to some dark places this year.

Chloe Moretz, “Kick-Ass” and “Let Me In”

The big missing piece here is Chloe Moretz for her work in Kick-Ass and Let Me In.  Raw, fun, and adult material played wonderfully by a 13 year old who delivers some of the most grown up work from the calendar year.  Julianne Moore was also the more deserving of the Kids Are All Right stars if you ask me as she delivered a far more ranged and nuanced performance.  Emma Stone was also quite good in Easy A as she basically broke out to star status with the film.  Portman is going to win here, probably deservingly, but I think that Moretz, Kidman, and Moore weren’t that far behind.

Bale, like Firth, is close to a lock here, but Rush could play spoiler if the Academy gets Speech crazy.  I love that John Hawkes’ Tear Drop made it into this group as he was fantastic.  Vincent Cassel’s work in Black Swan was damn good and was sadly overlooked for the ladies by just about everyone it seems.  Timberlake and Hammer were great in Social Network but I think they both fall short here.  Sam Rockwell was great, per usual, in Conviction but he seems to have gotten lost in the shuffle as he was thought to have been an early front runner here.

Zac’s Should Have Been’s

Jacki Weaver is over rated here I think, but I might have just hated her character so much that I don’t want her to win at anything.    Steinfeld is the best work in this category but she should have been in lead actress.  Leo is way over rated here for basically being mean and evil and not much else.  Carter as well is fine in Speech but I don’t know why she ended up nominated as well.  Leslie Manville was fantastic in Another Year and she, like Sally Hawkins a couple years back, seems to have gotten the shaft in a Mike Leigh film.  One or both supporting women in Black Swan should have been nominated, Kunis getting my support.  Weird category this year, just hope Leo doesn’t win over the amazing Steinfeld.

The Social Network’s script was great and Fincher took it to a next level, but without Sorkin’s ground work we wouldn’t have had the amazing film.  Toy Story 3 was a fantastic conclusion to arguably the best trilogy ever.  I think Scott Pilgrim would have been a really cool option here as well but I can’t argue to much with those choices.  Alex Garland’s work on Never Let Me Go would have been a pleasant surprise though.

Another really great batch of scripts here but again The Fighter doesn’t fit for me.  Cyrus by the Duplass brothers would be a good pick as it delivered some great humor and drama with a lot of heart.  Other than that, I don’t know.

Best Cinematography
“Black Swan” – Should Win – No other film kept doing as many cool things with the camera than this.
“Inception”
“The King’s Speech”
“The Social Network”
“True Grit” – Will Win – It’s time for Deakins to finally win and I won’t complain.

Best Costume Design
“Alice in Wonderland”
“I Am Love” – Should Win – People looking sharp in this film.
“The King’s Speech” – Will Win – It’s a foreign period piece, duh
“The Tempest”
“True Grit”

“Inception” – Should Win – Seriously? Did you guys not watch this movie?

Best Makeup
“Barney’s Version”
“The Way Back”
“The Wolfman” – Will and Should Win – The Makeup was awesome, the movie, not so much

Best Music (Original Score)
“How to Train Your Dragon”
“Inception”
“The King’s Speech” – Will Win, ok with Desplat getting an Oscar for a ton of great work lately
“127 Hours”
“The Social Network” – Should Win, Reznor and Ross’ score helps elevate the film

“TRON: Legacy” – Daft Punk did some awesome work in this film

Best Visual Effects
“Alice in Wonderland”
“Harry Potter and the Deathly Hallows: Part I”
“Hereafter”
“Inception” – Should and Will Win, did you see the Joseph Gordon-Levitt scenes?  That hallway is burned into my brain.
“Iron Man 2″

Best Animated Feature Film
“How to Train Your Dragon”
“The Illusionist”
“Toy Story 3″ – Will and Should Win, other two are great in their own rights though

Best Documentary Feature (Only seen Exit)
“Exit Through the Gift Shop” Will and Should Win, its amazing
“Gasland”
“Inside Job”
“Restrepo”
“Waste Land”

Will update if I get to see these later today, which I have access too.