MARY POPPINS Flies into the Peabody Opera House in St. Louis May 8 – 13 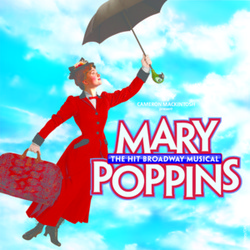 MARY POPPINS is bringing its own brand of Broadway magic to theaters across the country, which has Variety raving, “This is the rare touring production that over-delivers on every level!!” This spectacular hit has astonished over seven million people worldwide with its pure Broadway magic. With four productions currently running on three continents, Mary Poppins is one of the biggest stage musical successes in recent years to come out of London and New York.

The consummate Disney production features the irresistible story and unforgettable songs from one of the most popular Disney films of all time, plus brand-new breathtaking dance numbers and astonishing stage-craft to make it everything you could ever want in a hit Broadway show. So get swept up in the fun of this high-flying musical the New York Post gives 4 out of 4 stars and calls “a certifiable super hit!”