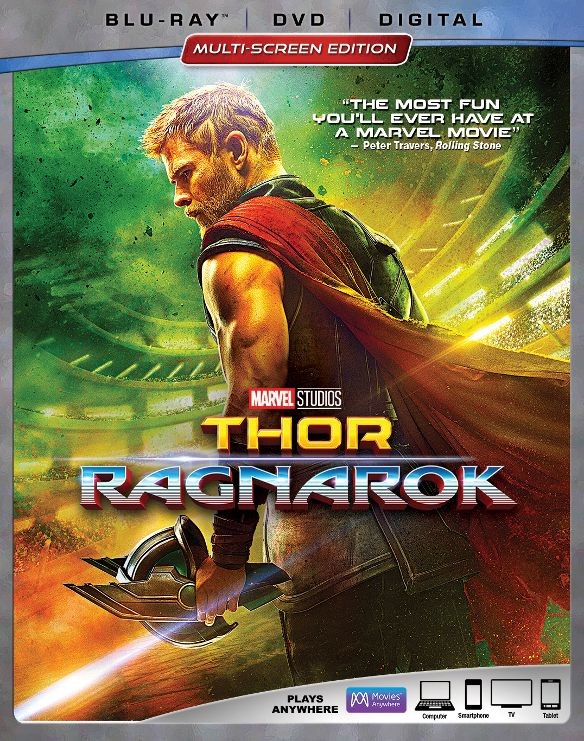 Bring home one of the most visually stunning, action-packed adventures of 2017 today!

The third installment in the Thor franchise, and also the 8th highest grossing film of the year domestically, was met with rave reviews from both fans and critics. You can now it on 4K UHD, Blu-ray, DVD and digital – filled with tons of bonus features that are sure to please even the biggest fans of Mr. Odinson.

The film looks absolutely gorgeous in all of its high definition glory. Here’s what you can expect from this mighty release:

Just over two minutes of outtakes from the film. Any fans of special features will appreciate these hilarious bloopers from the stars of Thor: Ragnarok.

The Team Darryl bits started last year when we were introduced to Daaryl – Thor’s mortal roommate. These faux-documentary clips take a look at the more tedious parts of a superhero’s life. In this latest episode, we learn Darryl is looking for a new roommate, and the only person he could find was none other than the Grandmaster himself. Jeff Goldblum is doing what he does best in this hilarious new entry in the Team Darryl series.

What could be more fitting than 8-bit storyboards for some of the biggest action sequences in the film? Well, this is exactly what you get, with the two featured in this release: the “Sakaar Spaceship Battle” and the “Final Bridge Battle.”