Mad Men “Shut the Door, Have a Seat” Review

If you didn’t watch Mad Men’s third season or haven’t jumped on the show yet, you are missing out on some of the best television of the decade. 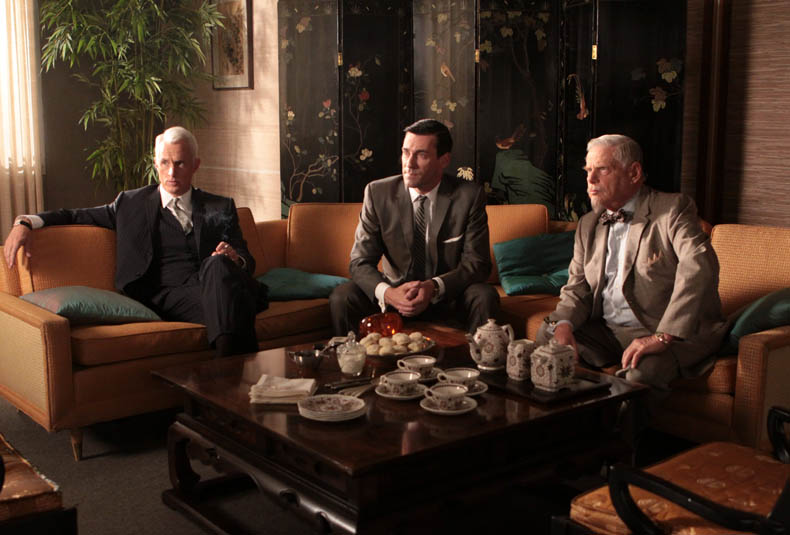 This season of Mad Men has been described as slow, boring, character driven and even mediocre by some. I fall into none of these camps, except character driven, and have been rewarded with a number of episodes that you could argue deserve to be in the top five ever for the show.

Last weeks episode saw the effects of the Kennedy assassination on the folks of Sterling Cooper and the beginnings of the final crumbling of the Draper marriage as Betty’s reflection caused by the loss of the president decides that divorce seems to be the only option left.  But Don will not go quietly and hopes to fight for their marriage.  The finale picks up three weeks after the last episode and Don is still as determined as ever to keep this alive but Betty has checked out and is ready to move on with Henry Francis who she has known for about a minute.  I have always been behind Betty and supportive of her through her ups and downs, but I just don’t like what she is doing here.  Sure Don is kind of a bastard and a cheater but he tries even if he fails.  Betty is running off without even thinking about it, and into a man’s arms she barely knows, it just doesn’t make sense.  Though, something seems to be up with Henry and I don’t see that one ending well for Betty.

The scene where Betty and Don tell the two intelligible kids that Don is moving out was also the third week in a row where Don has been crushed on the home front and now more than ever wants his family to be together.

But moving on to the meat and potatoes of the episode the vastly changing face of Sterling Cooper.  With news that Sterling Cooper is being sold and PPL with it to a firm Don has no interest in being a part of, he rouses Cooper and Sterling into getting their company back by buying it back from PPL.  Though, their bid falls short of what PPL is looking for, or so Lane Pryce thinks before learning that PPL is on the move as well and him to be most likely on the street before he knows it.  From here the four men decide to team up and form their own firm through a clever loop hole having Lane fire the three partners to free them of their contracts and begin stealing Sterling Cooper’s clients and employee’s.

The episode from here moves along beat after beat with new members being signed up one after another and others not so easily.  All of the dark nature of the season and drama created among the characters this season is paid off brilliantly as we excitedly watch Don repair his bridges and recruit the people he knows do the best work at their shop and makes them feel truly wanted as a part of Sterling Cooper Draper & Pryce.  Don and Peggy have a delicate dance and a reestablishing of prospective for the oblivious Draper which leads to a wonderful scene that gives John Hamm and Elizabeth Moss each a chance to shine as their relationship is restored.  Pete Campbell finds his way into an amazing opportunity with the new firm and a chance to add his name to the title.  Though my favorite moment of the recruitment is the one we don’t even get to see but had me shouting with excitement when Sterling went to make a phone call that we all knew would lead to the return of Joan.

All in all, there wasn’t a dull moment in the brightest and arguably best episode of this fantastic season.  The show is firmly in place to set its self in a wonderfully open and intriguing new direction as Don is now single, we ponder the fate of Sterling Cooper, Roger and Don can become a tag team again, and we try and figure out how big a train wreck Betty and Henry might be.  Next September can’t get here soon enough as the next chapter in the saga of Draper and company will hopefully continue one of the best stories you can find on the big or small screen. 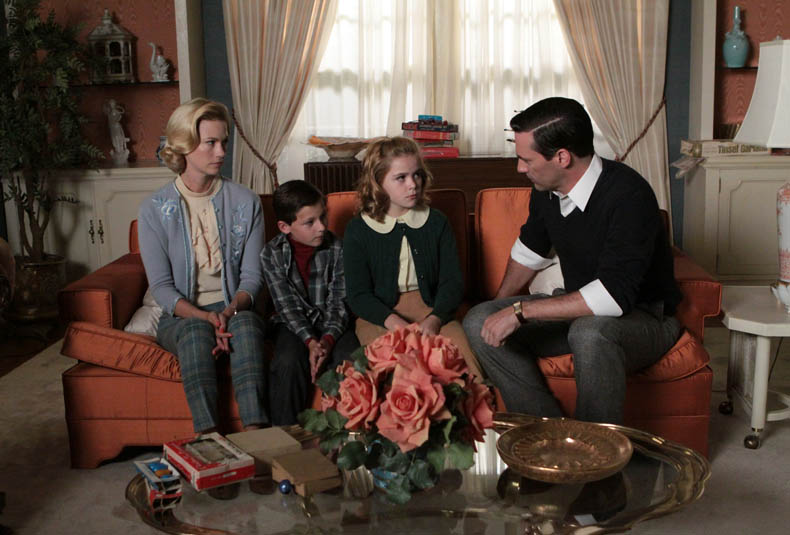