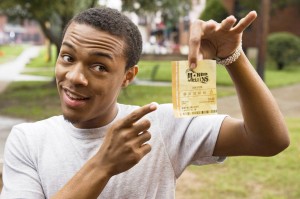 Remember when Bow Wow was Lil’ Bow Wow? Yeah, so do I, good times. Apparently, he is still going strong and releasing albums, but I haven’t heard much from him in that arena. Although, I have seen that his film career seems to be a decent draw still. Say what you will, but Roll Bounce was actually a solid little film for Bow Wow. That along with a recurring guest spot on Entourage have not let me lose sight of him. Although, I was a bit surprised that he is back in a starring role again. This is a film that is obviously not targeted to my demographic, but it looks like it could be enjoyable enough. It has plenty of charismatic leads in it, and like the Tyler Perry films it should do well because there is still a pretty big hole in that demographic.

Kevin Carson, a young man living in the projects, wins $370 million in a nationwide lottery. When his opportunistic neighbors discover he has the winning ticket in his possession, Kevin must survive their greedy and sometimes even threatening actions over a three-day holiday weekend before he can claim his prize.