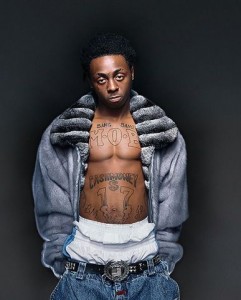 Rapper Lil’ Wayne turned himself into police custody today to begin his one year prison sentence for a weapons conviction. The rapper whose real name is Dwayne Michael Carter Jr. had postponed his incarceration date by a month to settle affairs during his time away.  Among them were:

Carter was convicted of gun possession of a .40 caliber handgun, in 2007, that was registered to his manger, and found on his tour bus. The rapper originally pleaded not guilty, but later changed his plea to guilty for a reduced 12 month sentence. The rapper has been quoted saying things like, “I look at things as ‘Everything is meant to be.’ I know it’s an experience that I need to have if God’s putting me through it.”

I’m actually surprised he is being put away. When it first happened I figured the charges would eventually be dropped, but in all honesty a sentence like this will only improve Lil’ Wayne’s image. I’m sure his records will continue to collect money, and he’ll come out of lock up even richer than before.