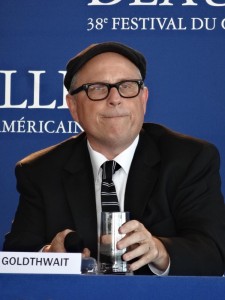 Bobcat Goldthwait will be appearing at the new Funny Bone comedy club in Valley Park on April 3-5. Goldthwait is known for his outlandish voice and his stand-up comedy from the 80s and 90s.

The comic made his film debut in Police Academy 2 in 1985. After reviving the character in two sequels, Goldthwait went on to appear in television show Unhappily Ever After, as well as his legendary appearance in 1994 on The Tonight Show, where he set fire to the couch on Jay Leno’s set. Goldthwait was appearing to promote his directorial debut “Shakes the Clown,” the story of a drunken clown who is framed for murder.

Goldthwait has went on to produce and direct several films and stand-up specials. Goldthwait’s films include “Sleeping Dogs Lie,” which is about a woman who reveals a past sexual encounter with a dog to her family. As outlandish as it seems, the film is quite enjoyable and funny. Perhaps his best directorial feature to date is “World’s Greatest Dad,” starring Robin Williams. The film tells the story of a father who deals with the suicide of his only son in a rather unconventional way.

Goldthwait recent won the Esquire “Director of the Year” award for “God Bless America.” The film is described as a “violent film about kindness” by Goldthwait himself. It’s been described as a black comedy and a modern day Bonnie and Clyde.

The comedian’s latest directorial effort is called “Willow Creek.” It’s a movie about Bigfoot. His most recent stand-up performance “You Don’t Look the Same Either” was a riot, especially his joke about being on an airplane with special needs kids.

Goldthwait will undoubtedly bring the laugh’s when he appears at the Funny Bone Valley Park on April 3-5. Tickets are $20 and available at http://stlouisfunnybone.com/valleypark/