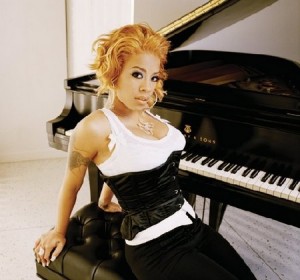 “Both mother and baby are doing great,” says Tresa Sanders, Keyshia’s publicist. “Keyshia would also like to give a special thank-you to her fans that have been with her since the beginning, sharing in her growth as a woman and an artist.”

The two stars announced their engagement and pregnancy in January.