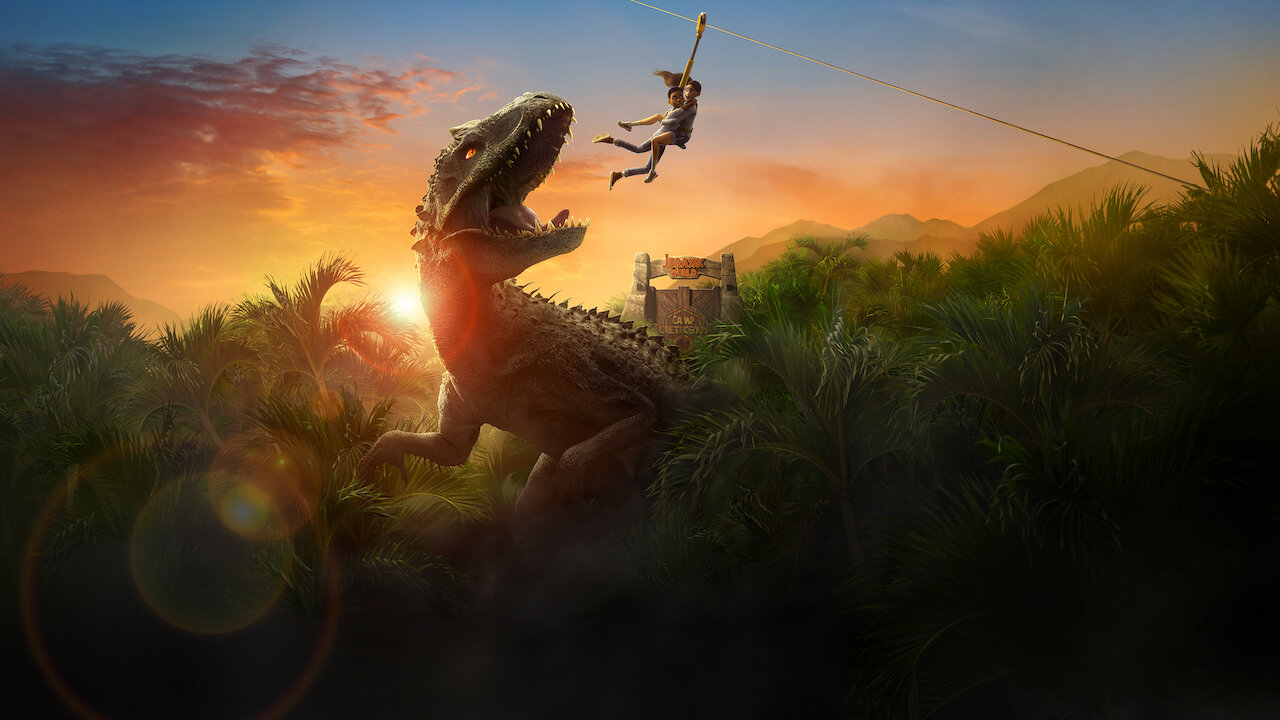 One of my favorite movies of all time is Steven Spielberg’s 1993 larger-than-life dinosaur adventure, Jurassic Park. The adaptation of Michael Crichton’s novel is thrilling, scary, and action-packed from beginning to end.

The idea of returning to this world is exciting, and it all started with the 2015 blockbuster Jurassic World starring Chris Pratt and Bryce Dallas Howard. The film broke opening weekend records in the U.S., earning $208.8 million its first weekend and going on to bring in over $1.67 billion dollars worldwide.

As we sit between 2018’s Fallen Kingdom and 2021’s Dominion (the second and third films in this trilogy) there is a new animated Jurassic World show on Netflix today that takes place during the events of the film – but on the other side of the island in the periphery.

Having seen the film, we know how well this is going to turn out for everyone – and that’s part of the fun. There are tidbits sprinkled throughout the series referencing characters and events from Jurassic World, and you can track what is going on in the rest of the park by following these clues. Fans of the films will eat up all the Easter eggs, including some nice callbacks to the original (Rejoice, Mr. DNA is in this show).

Although the main characters in the show are kids, that doesn’t mean it’s a “kids show” necessarily. Sure, it is rated TV-PG and most kids will be fine to watch it. But there are some genuinely terrifying moments, keeping in line with the films in the franchise. And fair warning, just because it’s an animated show doesn’t mean that no one will be eaten by dinosaurs.

Spielberg is a producer on the project and had a specific tone in mind during development. According to an interview with io9, showrunner Scott Kreamer said, “When Steven gave the okay for the project, when he gave the final sign-off, his marching orders were, ‘Don’t do the kiddy version… It needs to feel like it’s Jurassic Park. It needs to feel like it’s Jurassic World.’ And we went for it.”

DreamWorks does a nice job with the animation, creating an original style for the series while recreating key elements from the films. There is a lot of detail, and the dinosaurs have fun designs. It’s neat to see how these creatures we’ve been seeing for decades are brought to life in a new medium.

The kids’ connection to the adult world comes by way of their two camp counselors, voiced by Jameela Jamil (The Good Place) and Glen Powell (Scream Queens). Roxie and Dave may not be the most responsible adults – but they mean well, and truly care about the kids. They are a fun addition to the cast.

Jurassic World: Camp Cretaceous is a welcomed addition to the Jurassic World universe, and I hope we see more from the series. The show is clever in the way it ties into the world of the films, making it a fun watch for fans of the franchise. There are also themes based around teamwork, friendship, and growing-up that are great for younger viewers. I’m looking forward to more episodes, and seeing how far they can expand the universe through new mediums.

All 8 episodes of Jurassic World: Camp Cretaceous are now streaming on Netflix.