Juan’s Rant: Why Chris, Why? A Case for Medical Marijuana

As long as I’ve been alive, I’ve associated with the Democratic Party. My grandfather is a staunch Democrat. My family drove American Cars and worked for a living, like the majority of people I know. As I grew older, I started to do what any good journalist does: question the purpose of what I believe in.

I started to look at the views of the Republican and even Tea Party. It’s not that I was bored with the Democratic Party; I felt that as a journalist and scholar, I owed it to myself.

As a former educator, the only issue I had with Chris Christie was his stance on public education. He is deathly against it. Other than that, I like the guy. He knows his stuff, he seems like he is approachable – and he is from Jersey (AKA the home of the Sopranos). Maybe we need some mafia in Washington. 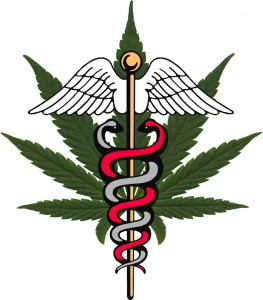 Well, while my stance on public vs. private education has softened, my stance on marijuana use has not. I’m not saying I’m a stoner; I’m far from it. But I’ve done my research. As someone who deals with pain on a daily basis due to spine issues, I’m willing to try anything. I currently take an Oxycodone or two a night. I was on Hydrocodone, which is extremely addictive. If my prescription ran out and I couldn’t get a refill – watch out. It was like watching an addict withdraw. So, one night I decided to try a joint. The results were magnificent.

My pain went away, and I felt great! Was I stoned? Absolutely. But I wasn’t out driving around, or doing anything illegal. It took my pain away and I wasn’t left with the tired feeling the next morning that I get from the narcotics my doctor gives me. I was on the bandwagon to legalize pot for medical use immediately.

That is not the only benefit of pot. The tax money would help the economy tremendously.

Well, I opened the paper yesterday and there is Christie speaking out against marijuana. My heart sank. Why Chris, Why? 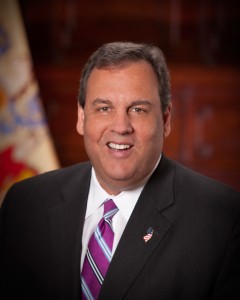 “I will crack down and not permit it,” he said stridently. His reasoning was simple. “Marijuana is a gateway drug,” the New Jersey governor confidently asserted. “We have an enormous addiction problem in this country. And we need to send very clear leadership from the White House on down through the federal law enforcement. Marijuana is an illegal drug under federal law. And the states should not be permitted to sell it and profit from it.”

Damnit Chris, why are you letting the conservatives persuade you?

You’re a big guy, and I’m sure you’ve toked up before and taken out some Jack ‘n the Box Tacos or some White Castle burgers. Weed won’t kill anyone. I’m not saying to legalize it totally, but I know the positive it can do for people like myself and others with medical problems like cancer.

If Christie doesn’t back peddle on this, he will be dead in the water before he gets a chance to run for president, which would be a shame. The time for Nancy Reagan’s “Just Say No” campaign has passed. As a former smoker, let me suggest that the real gateway drug is already legal, and it’s called nicotine.

So, for the next Great American Smoke-out, I am offering an open invitation to any and all cigarette smokers; put down the cigs and pick up a bong. The world will be a better place for it. Chris, I hope you will join in.

We will order some pizza afterward.