For those of you who don’t live life on E! Television, there is a Joan Rivers movie. That’s right; a movie all about Joan Rivers. Here is the synopsis:

Exposes the private dramas of comedian and pop icon Joan Rivers as she fights tooth and nail to keep her American dream alive. A unique look inside America’s obsession with fame and celebrity – Joan’s story is both an outrageously funny journey and a brutally honest look at the ruthless entertainment industry, the trappings of success and the ultimate vulnerability of the first queen of comedy. With unprecedented, unguarded access, the film takes the audience on a year long ride with Joan Rivers in her 76th year of life; it peels away the mask of an iconic comedian, laying bare both the struggle and thrill of living life as a groundbreaking female performer.

Here is the comic, courtesy of Joey Vee: 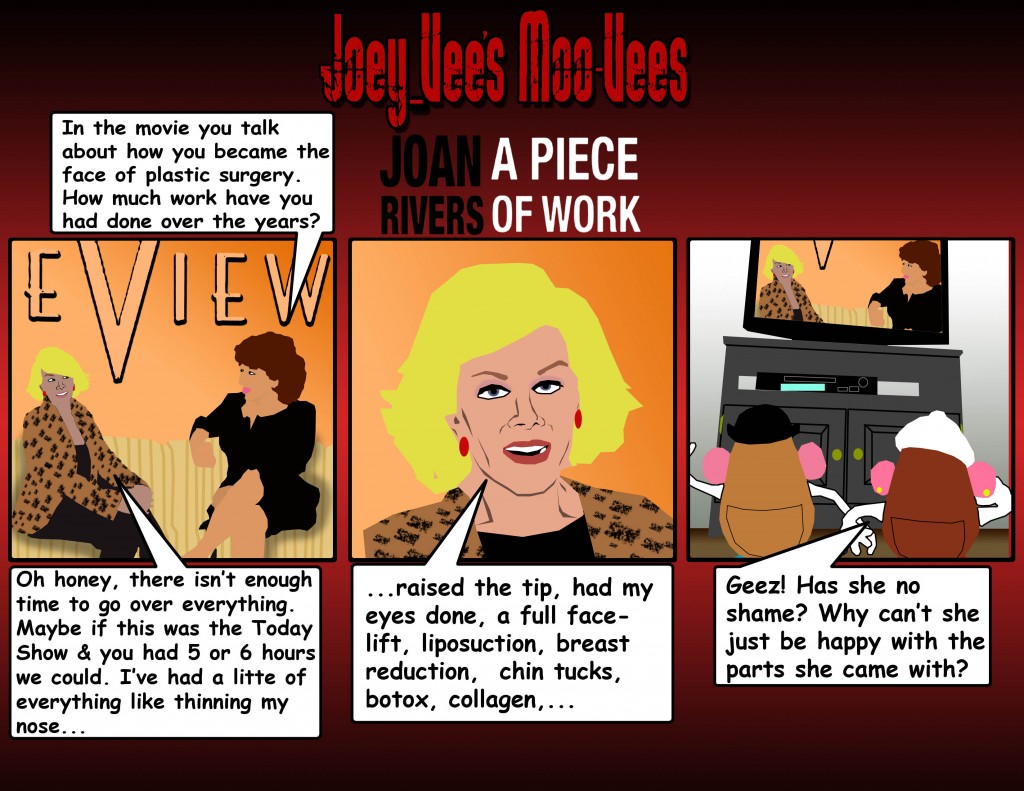 Check out Joey’s “Survival of the Dead” comic.

Check out Joey’s “A Nightmare on Elm Street” comic.

Check out the “Kick-Ass” comic.

Check out the “Date Night” comic.

Check out the “Clash of the Titans” comic.