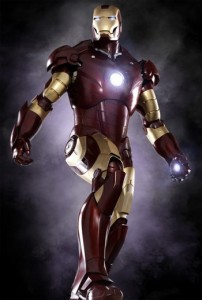 The billionaire Super Hero in the iron suit is back in Marvel Studios’ and Paramount Pictures’ thrilling sensation IRON MAN 2, debuting on Blu-ray, DVD, and digital download September 28, 2010. Packed with fantastic battles, stunning visual effects and an all-star cast, the new blockbuster adventure will be available to own as a three-disc Blu-ray/DVD combo pack with digital copy, as a limited edition two-disc DVD with digital copy, or as a single disc DVD. In this highly-anticipated sequel, Robert Downey Jr. (Sherlock Holmes, Tropic Thunder) reprises his role as Tony Stark, a.k.a. Iron Man, in a thrill-a-minute story filled with explosive action, new suits and powerful new villains. The phenomenal cast includes Gwyneth Paltrow (Iron Man), Don Cheadle (Oceans series), Scarlett Johansson (He’s Just Not That Into You) as the seductive Black Widow, Mickey Rourke (The Wrestler) as the vengeful Whiplash, as well as Sam Rockwell (Charlie’s Angels) and Samuel L. Jackson (The Other Guys).

To date, with over $300 million at the domestic box office, IRON MAN 2 has delighted audiences with its combination of high-intensity action, intelligence and humor. The Blu-ray/DVD combo pack comes fully loaded with immersive and interactive bonus materials including an in-depth, feature-length documentary of the making of the film, revealing featurettes about Nick Fury, Black Widow and War Machine, a look inside the creation of Stark Expo, deleted scenes and an exclusive peek inside the Marvel Super Hero Universe through the S.H.I.E.L.D. Data Vault.

The single-disc DVD includes the feature film with commentary by Jon Favreau.