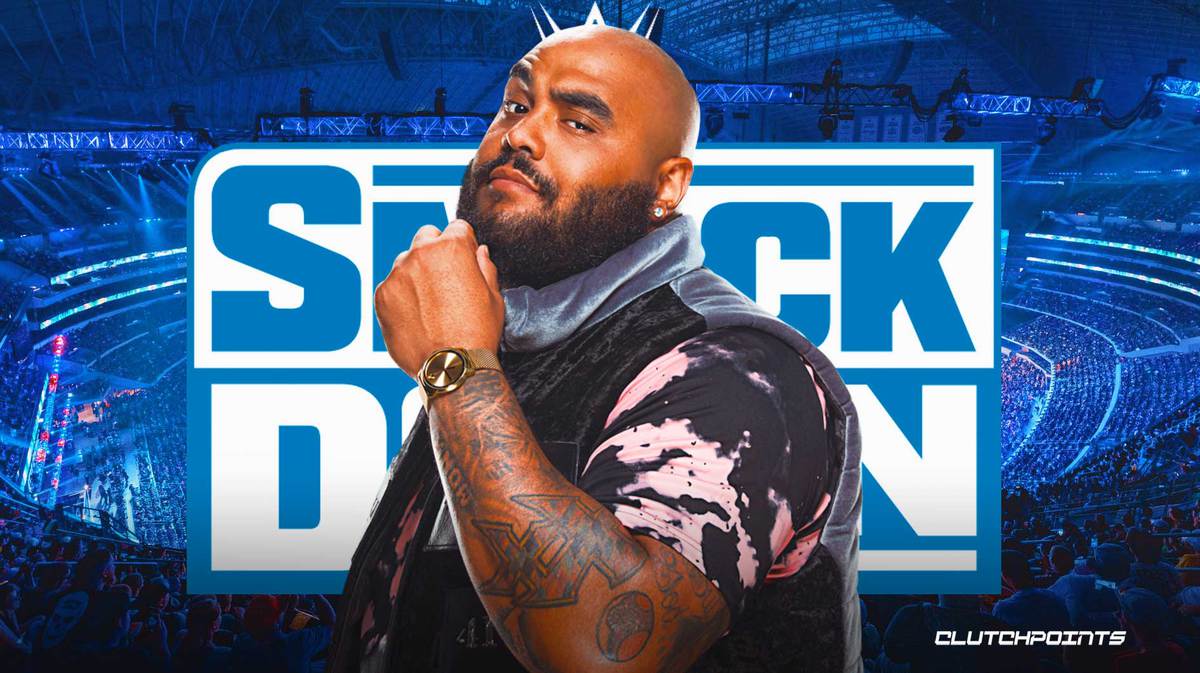 After a shocking release from the WWE, Hit Row is back! That means A. J. Francis is continuing to live out his dream as a professional wrestler. Francis, who goes by Top Dolla in WWE, will be in action on Friday live at Enterprise Center. Hit Row will be taking on Legado del Fantasma as Smackdown returns to St. Louis following a three-year absence.

“They targeted us cause they knew that we were hot,” Dolla said in an interview with Reviewstl. “They want our spot. I personally was disrespected that they wouldn’t fight us face to face.”

Fantasma jumped Hit Row in a previous Smackdown episode, leading to the match that will happen on Friday night.

In November of 2021, Hit Row was shockingly released from WWE. The group had been a major attraction in NXT and then moved up to the WWE main roster only to be given their walking papers shortly there after.

In a surprise to fans, the group was brought back in August.

“It was a shock to us as much as anybody,” Dolla said. “We knew we left a lot of potential on the table. I felt like we were at the point where we could have been on a rocket to the top. We were hot.”

While some may have hung their heads with the release, the group which also features B-Fab and Ashante ‘Thee’ Adonis continued to work on the independent scene.

“We were working for multiple promotions and big shows, so we never really lost what we were doing,” he said. “When we got the call from Triple H, we didn’t have any rust so we were ready to go.”

Dolla, who is a lifelong wrestling fan said he thought a Hit Row reunion would be cool as he watched superstars like Bayley make her return at Summerslam.

“I was sitting there thinking that’s so cool and good for them,” he said. “Two days later Hunter calls me and asks how fast we can be there. The next day the three of us had a conversation with Hunter and a week and a half later we were back on Smackdown.”

Before his days of becoming a WWE superstar, A.J. Francis had a football career. He starred as a nose tackle for the University of Maryland from 2008-2012 and played five years in the NFL with Washington, Seattle, New England, Miami, Tampa Bay and the New York Giants.

“When I was in the NFL, college football and high school football, I’m a lineman, so that means every single play I’m physically assaulting a grown man and sometimes it’s two or three of them physically assaulting me,” Dolla said. “That toll on your body through OTA’s, training camp, and regular season is brutal. Wrestling can be brutal but for me, luckily because I’m a big man, I don’t have to take the same bumps as smaller guys. “

“I feel way better now than I’ve ever felt,” he said. “The schedule grind of WWE is harder than anything in the NFL. In the NFL you got three or four months to get your body back together and you need it. If my back hurts on Thursday, I still have to do the show on Friday, Saturday, and Sunday. There is no break in WWE and there is no comparison to the NFL.”

Traveling is the hardest part for Dolla.

“Because I’m a giant,” he said. “Being on those planes is wildly disrespectful sometimes with how small those planes are.”

When asked if he ever misses the NFL, Dolla was quick to respond.

“Absolutely not,” he said. “When I was in the NFL, I would tell people my dream was to be in the WWE. This is what I wanted to do as a kid. I loved football. I grew up a fan of Emmitt Smith. I grew up a fan of Tony Siragusa. But, The Rock was my idol. I didn’t want to be Tony, I wanted to be The Rock. There’s a different level of respect there.”

Dolla said he’s grateful that he gets to be a superhero on TV each week.

Speaking of The Rock, Dolla was able to meet him at a WWE event in Hershey, Pennsylvania. Through his friend Torrey Smith, who won the Super Bowl with the Ravens and Eagles, he was able to meet The Great One backstage.

“I was expecting The Rock to be in L.A or New York, not Hershey PA, but low and behold we go backstage and he’s there,” he said. “Torrey went over and talked to him, so I went to talk to him and my legs were just shaking. It’s the first time in my life I’ve ever experienced anything like that. It was like meeting Luke Skywalker.”

One thing that many fans may not know about Dolla is that while at University of Maryland he was a three-time All-ACC Academic selection. Education is something that he holds near and dear.

“My dad works in a public school in Maryland and instilled in me the importance of education as a kid,” Dolla said. “As a high school coach, he saw plenty of students who were good enough athletes to go to college but couldn’t because of their grades. If they just had the grades they could have went on to a bigger opportunity.”

Because of his father’s influence, Dolla continues to stress the importance of education to young fans.

“Do you use every single thing you learn in high school? The answer is no, but you use it to build something else,” he said. “You use it to open the door to something else. You use that degree to open the doors to a career and if I never made it in the NFL, I still have a master’s degree in International Economics. I will be able to use that to support myself and support my family.”

Dolla visits schools to spread his message to students, as well as holding a canned food drive at University of Maryland every year. He will be at it again on Nov. 19.

“The point is to get the canned good for the homeless shelter which I grew up by,” he said. “The shelter is made up of about 80% kids. When I’m able to interact with the kids there it’s important. If anybody’s having a tough life, their having a tough life and to be able to instill in them the importance of trying to get themselves out of that situation through education is very big.”

Dolla is a huge fan of New Day, one of WWE’s most popular and most successful tag teams of all time. In fact, when I asked him about the group, he went and pulled down an autographed framed 16×20 of the group that hangs in his studio.

“I have had this for years,” he said. “What’s funny is now they are my friends.”

At Wrestlemania 35, when Kofi Kingston won the World Title, it was the first time for a lot of fans to see a black man holding the most prestigious title in WWE.

“I was at Wrestlemania 35 when Kofi won it and the chills I felt, I just can’t describe it,” Dolla said. “It was unlike anything I’ve ever been to and I’ve been to five mania’s now.”

Dolla said he appreciates the New Day because they are unique.

“There’s never been a group of African Americans in wrestling like them,” he said. “They come out with rainbows and unicorns talking about Booty-O’s. They have a completely different style of crew than any other African American crew in the past. That’s huge to me because it’s a way to get us out of a bubble so we can play different characters. They are so good at what they do.”

Dolla said working a match with the New Day was one of the greatest moments of his life.

“I’ve watched so many great New Day matches, so to be able to be a part of one with them was a badge of honor.”