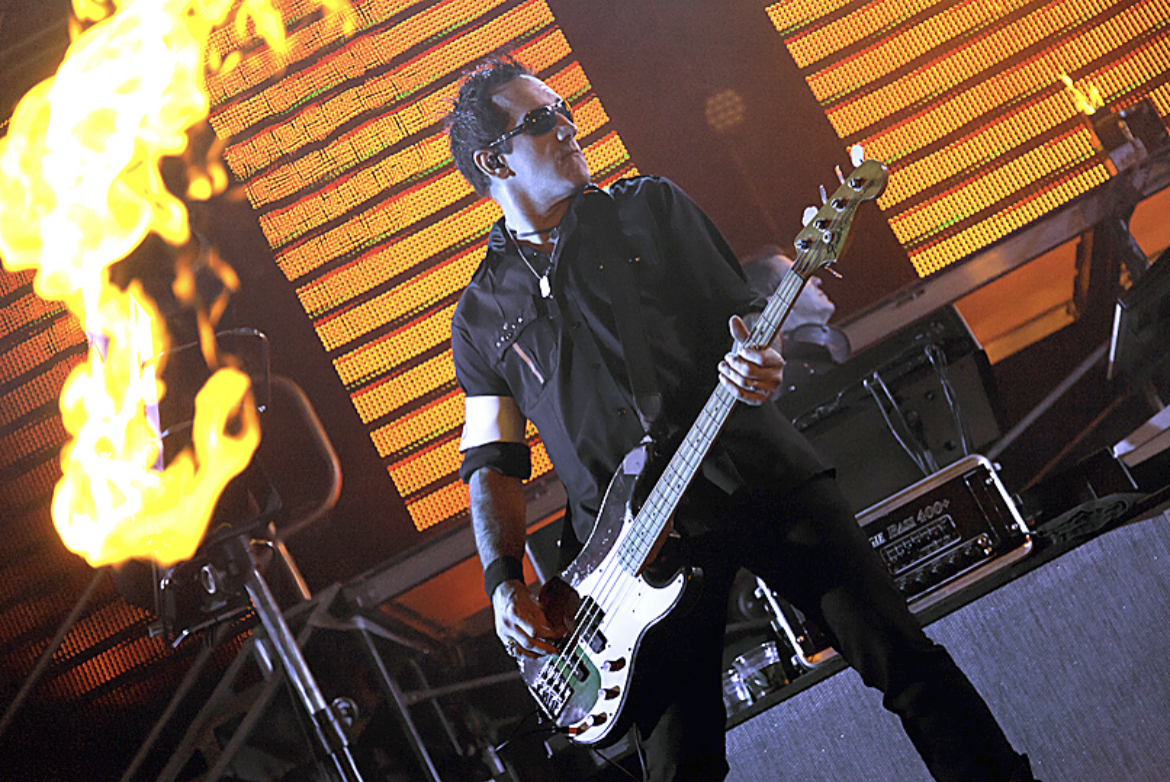 Ahead of their performance this weekend, opening up the 2021 concert season at the Verizon Wireless Amphitheater in Maryland Heights, Kevin Gagnepain, Bassist for the group, did a Q and A with ReviewSTL.

It’s an El Monstero concert … so the production will be big.  It’s the music of Pink Floyd so there is a lot of inherent drama there.   It’s also the first concert back at the Hollywood Casino Amphitheater since the pandemic closed down the music business.   Its going to be little emotional for me .. you don’t realize how much something is a part of you until it’s gone.   So it’s going to be a big pink emotional musical connection for all of us.

We pushed for it.  There was talk of moving us later into the summer, but we pushed hard to be the first show back there.   It’s our home town.  It’s a project that couldn’t exist without St Louis music fans.  We wanted to celebrate the return to Riverport with everyone.

The production is different every time.  We build off themes.   The set list, lighting, video, pyro ..etc .. it all starts with a theme.  It was an obvious choice, but this summer’s theme is “rebirth”.  The production touches all aspects of what that means to us and to society in general.  The joy, the celebration, along with the trepidation and fear.  It’s a combination of feelings that we all have in varying degrees.  Those feelings grow from our personal pasts and how we are facing the present and future both as individuals and a group.  The set list pulls from some deep corners of the PF catalog and, of course, contains the hits.

Well, for a year and a half, my music career was mostly on pause.  We did get to try some other ways to do shows …. Live streamed, we did the drive in show last summer  – a new idea that came from the need to socially distance, we did low-capacity shows for the same reason.  We tried to play and to not let people forget that Live music is an important connection between people.   A communication that is close to impossible to achieve in any other way. Some of the EM band members took the last year and half to record new original music.  Bill Reiter has a new LucaBrasi record out now,  Jake Elking has a new Buz record coming out – I’m playing on a few tracks on that as well,  John Pessoni did some studio work … we’ve all stayed busy in one way or another.  Lived a little life outside of music so that we can now bring those experiences into the music we play.   So there were some positives.

The negatives is that we haven’t worked, we weren’t generating revenue.  This affects not just us but an entire industry of support and production people.  The production people were some of the hardest hit.  Some of them will never come back to the music biz.  2020 was devastating for that business.

I guess I will answer this for me … we all have different tastes, so I can’t speak for the band.  “Modern” artists that I’m listening to and occasionally drawing from:… Jason Isbell, Band of Horses, Thundercat, The War and Treaty, The Black Keys, Sufjan Stevens…. The list of classics is probably a lot longer … the names above came from “recently played’ list in iTunes.

It’s going to be 95 degrees.  I’m going to hydrate, hug a few people, eat something terrible and hit the sack.

Having a place for outside concerts … I’ve probably been to at least two shows a summer since 2001 … before that, I was touring so much with Stir, that I doubt I made a show every year … I have definitely seen some great shows there and had incredible experiences that turned into stories that I still tell

8. What is one thing you want audience members to leave with after the concert.

Tinnitus….. that’s a joke.   Happiness is the answer….. Happiness and a desire to go spread love in the world instead of division.  Have an open mind and turn towards each other instead of away from each other.  We can do it.  It’s that easy.

El Monstero and The Schwag will be turning out a performance you will not want to miss Saturday, July 24th. Tickets will be available at the box office with the show starting at 7 PM. I can’t think of a better way to kick off the summer concert series at the Amphitheater as well as the perfect show to begin the venue’s 30th anniversary celebration.