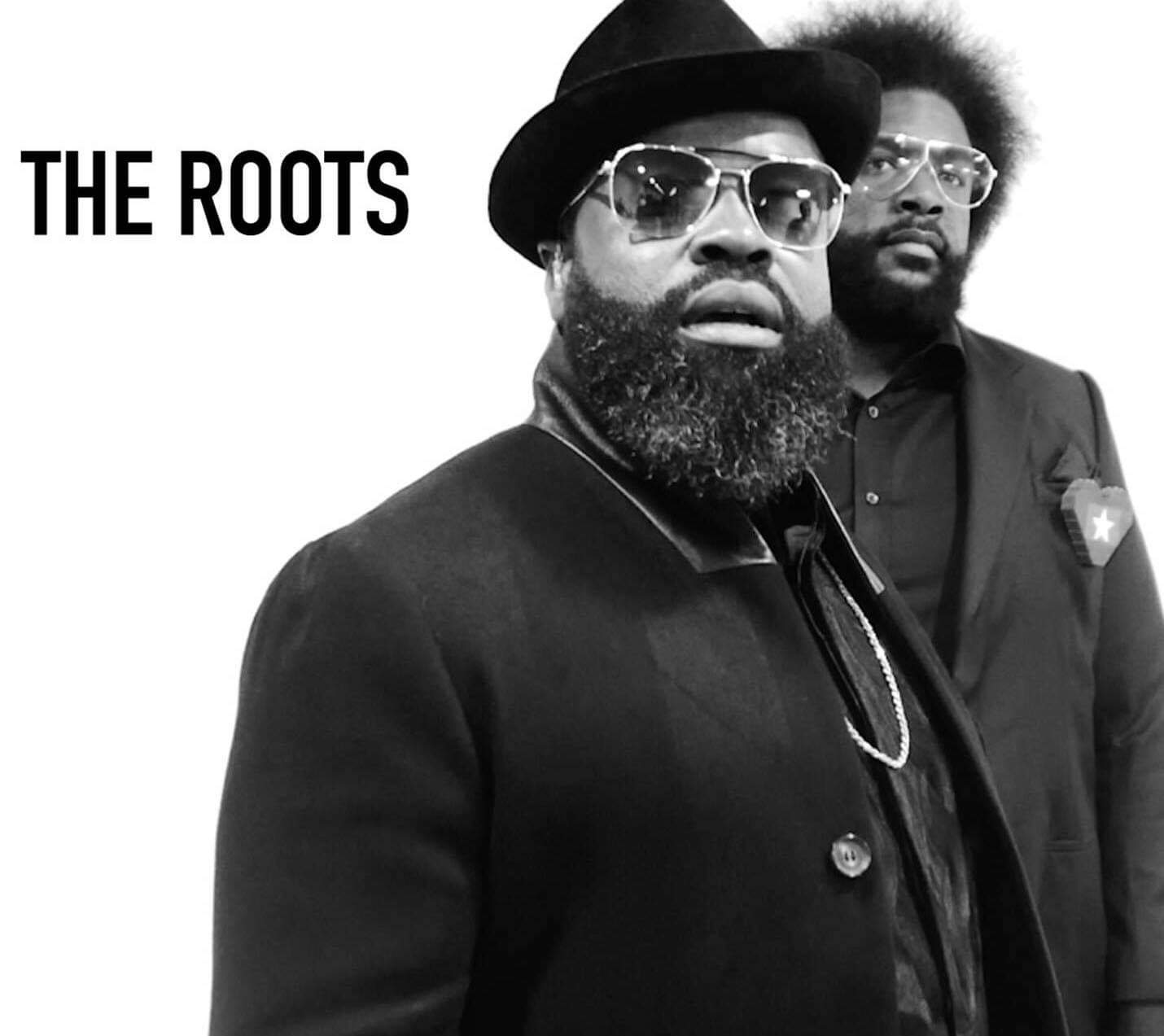 At a time when the world is struggling to get back on its feet The Roots are here to show us the way. Their uncanny ability to tap toes and lift spirits through their music, an unpredictable mélange of soul, rock, funk, and rap, has made them one of the most innovate collectives of the last three and a half decades. They are unstoppable.

At their heart is MC, Tariq Trotter, aka Black Thought. From tagging walls in Philadelphia to acting in films and fronting the Roots, Black Thought’s essence has also permeated through the records he’s produced for his contemporaries and more recently, the fragrances he’s dropped via his own perfume line.

Hailed as one of rap’s most prolific performers, his multisyllabic rhymes and onstage charisma has led to collaborations with Common, The Pharcyde, Zap Mama, Dilated Peoples, Raekwon and more.  As a performer, actor, artist, activist, or member of Jimmy Fallon’s house band, Black Thought has distinguished himself as a heavy hitter whose career knows no boundaries.

Ahead of The Roots All the Way Live stopover at The Factory on September 5th Black Thought talked to ReviewSTL about his creative process, staying positive and playing live music again.

How have the live shows been going?

They have been going really well. I think it took for us to become reacclimated and get our sea legs back so to speak.

Is it weird performing live again before a large audience again?

Not so much weird as it was great. You don’t miss a good thing until it is gone, or however, that saying goes. It was something we took for granted, that there was always been and will always be an audience there for us. The last year or eighteen months has proven to us that, that is not always the case. Every performance, anything and that we ever do, is full speed with full energy. To have an audience that we can still reach out and touch is dope. We are all extremely grateful.

What is it like doing The Tonight Show Every Night? Is it a grind?

It is a grind for sure. In the summer months we often get Fridays off, so we’ll shoot Monday through Thursday. So, any downtime we get is welcome. I believe that if you choose a job that you love or get to do something that is within your passion, then you’ve never really worked a day in your life! Do you know what I mean?

What is your working method for creating songs? Do you work like a traditional songwriter?

I work like a traditional songwriter, composer or arranger. It depends on the capacity I am working in. I am pretty traditional. As someone whose been rapping for the last 38 years straight, I think that at this point I can’t help but to have gotten really good at it. I tell people there is really no shortcut to it. You have to be prepared to be spontaneous

How does visual art influence you as an artist?

I am definitely very visually oriented. I believe that every artist is a storyteller and that the variety of tools that we have helps us to tell a story from a new perspective. The tools are always changing so we have to use whatever we have in our wheelhouse. I have always been creative. Whether it is at a school for visual art, or for music, or anything in between. I have always taken an interest in telling a story and making it visual, something that the listener is able to immerse themselves in.

How do The Roots stay positive in a negative world?

There has been negativity in the world for a very long time. Far longer than we’ve been a band. So, I think we stay positive by focusing inward. We keep one another on point as creatives. We look to ourselves and support each other.

See The Roots on Sunday, September 5 at The Factory. For more information, visit theroots.com.