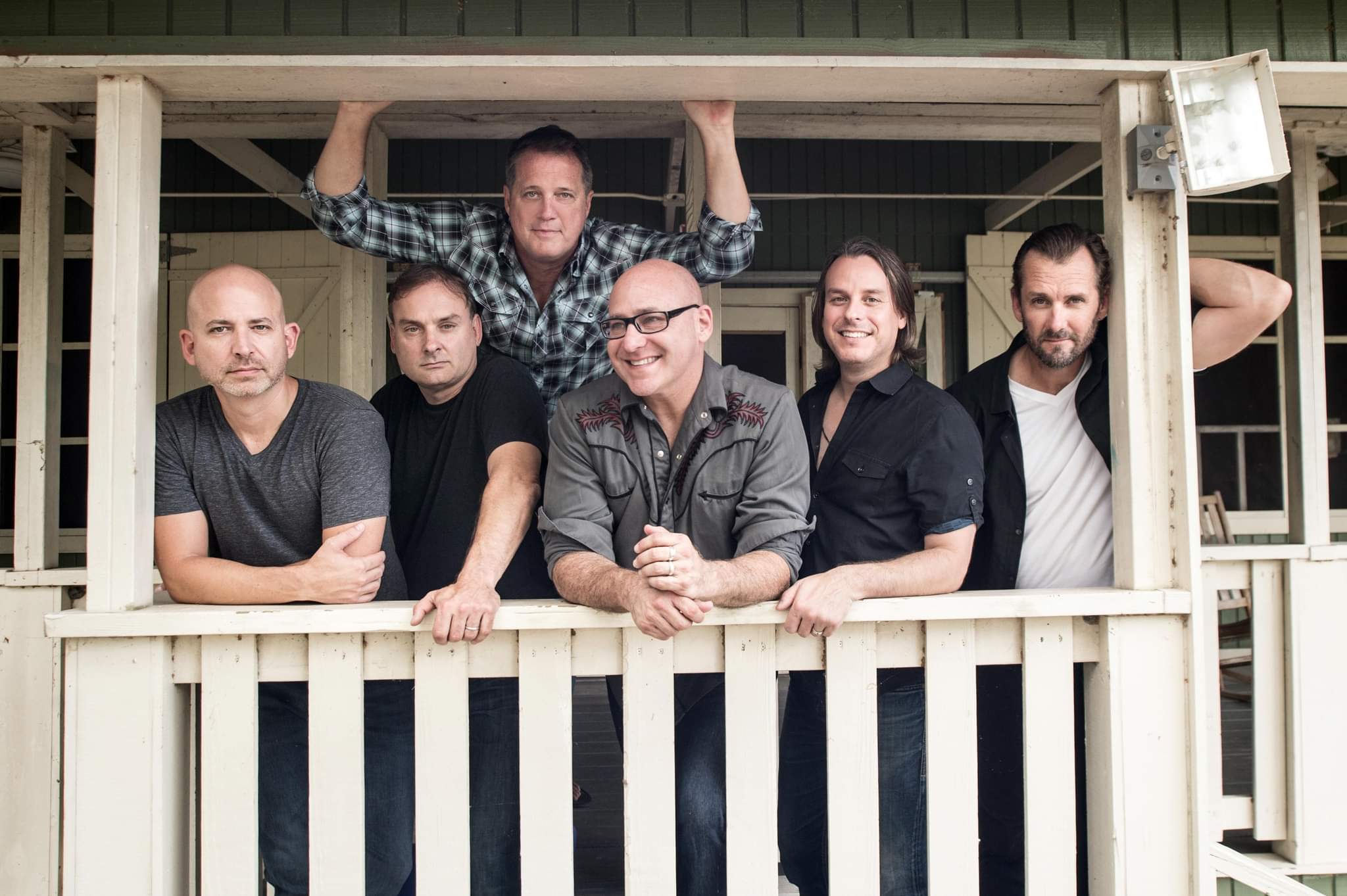 Andrew Copeland of Sister Hazel answered some questions for ReviewSTL ahead of their show this Saturday at River City Casino and Hotel. Covering topics from the life of a musician during the pandemic, to some of the amazing charities the band participates in, and what is in store for fans with their upcoming show, a lot of ground was covered.

On their upcoming performance, Sister Hazel is glad to be able to perform back in St. Louis – it’s been a while. Fans will be treated to some new music, as well as their favorite hits from the canon of the many albums released by the group, who have become a staple of rock music. Having been off the stage for quite some time, the band is excited to get back to live performances. Over the previous two years, and being a touring group – Copeland mentioned that he wished he would’ve been careful what he asked for. Wanting a small break to put together some new music, the band definitely had some downtime to develop new material. But, wanting to leave that comment on a positive note, Copeland stated he and his bandmates were happy to be back at work.

For Copeland, his musical writings are inspired from his own family and life experiences. When asked about other musical inspirations, Copeland mentioned other artists that he appreciates and currently “digging” including Blackberry Smoke, but the 70’s and 80’s rock is still the style that pulls Copeland’s focus as his own musical appreciation.

Speaking about the breakthrough into modern country music, Copeland thinks Sister Hazel didn’t necessarily move into the direction of country music so much as the umbrella that covers country music has expanded to include them. Having performed and written songs in Nashville, the shift seemed to happen organically. But, Copeland thinks the bands music has grown and developed to fit under both categories, rock and country. It was interesting to hear that the band has examined some of their earlier albums and see how even those songs can now fit into the ever-growing genre that branches from country. Speaking on Nashville and his experiences, Copeland stated “You can’t outwrite Nashville.”

Comparing the duality between the heavy rock sets and the acoustic sets, Copeland discussed the differences between how the audience reacts, how it fuels their performance. His personal affection is for the rowdy crowd at a full rock show.

While touring and continuing to release new content, Sister Hazel is extremely philanthropic and is involved and spearheads many different charity events. One of those events is “Lyrics for Life,” where fellow songwriters can take an item, any item they please, and write lyrics to their songs on them to be auctioned off. These proceeds are all donated to cancer research. Out of all the items mentioned, I think a wooden plane propeller sounded pretty rad, and the roster of other musicians who have participated is quite impressive, such as Zac Brown Band and Elton John.

As many fans know, the following of Sister Hazel is often referred to as “Hazelnuts.” With that being said, a second event the band hosts annually is Camp Hazelnut, a camp for children diagnosed with cancer who can bring their families and spend time with the band and do a variety of events with loads of live performances. (The pajama party sounds like it would be a blast.) On other events, Copeland also mentioned how much he enjoys doing the music cruises and the Hazelnut Hang.

I, personally, had to ask about ‘Ale for You,’ the brew that the band released as a play on their anthemic song “All for You.” When asked about the song and how it seems to be a timeless tune, Copeland stated he isn’t naïve enough to believe the song hasn’t lent to their tremendous success. He said he would play the song three times a night if that’s what his fans wanted. For that particular beat, he is extremely thankful, and loves the part during the set when the crowd sings a portion of the song.

Sister Hazel has been named one of the most influential musical groups in the industry, and their stride is still strong. Copeland made it a very important point to thank all of the Hazelnuts and fans, and wanted to stress how important it was that the group remain accessible to their fans.

Sister Hazel will perform Saturday, August 6th with tickets available for purchase through Ticketmaster as well as www.Rivercity.com. With the giant hiatus in live performances, those of you itching to get back to a rock show, I encourage you to grab your last minute tix and check it out this weekend!