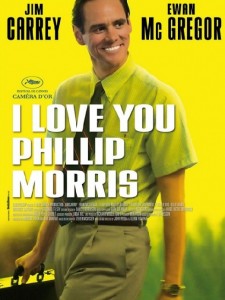 When a local Texas policeman, Steve Russell, turns to cons and fraud to allow him to change his lifestyle (in more ways than one), his subsequent stay in the state penitentiary results in his meeting the love of his life, a sensitive fellow inmate named Phillip Morris. What ensues can only be described as a relentless quest as Russell attempts escape after escape and executes con after con, all in the name of love. This is the world of the preposterous: it plays like a farce but is vastly entertaining because it turns all that we take for granted about life on its head. As a primer on the irresistible power of a man who is either insane or in love (is there a difference?), this film surely serves to remind us of the resilience of the human spirit. Based on a book by Steve McVicker.