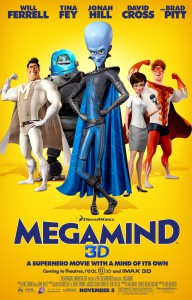 I had the chance to talk to Tim Heitz, story artist and St. Louis native about what it was like to work on the project.

“I graduated in 2006 from San Jose State University with a BFA in animation/illustration, and I’m currently working as a story artist at PDI/DreamWorks in Redwood City, California. You can contact me at [email protected]“

Kevin: So I have to ask you the St. Louis question, “what high school did you go to?” 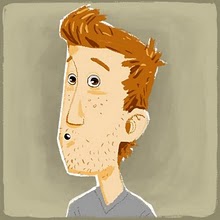 K: Well, now that we have that out of the way… Were you always interested in art as you were growing up?

T: I was. Yeah, ever since I was little I always loved to draw, and knew that I wanted to get into animation in one way or another.

K: I saw your blog online, and you have some great artwork on there.

K: I saw one of your early projects – “Fumi and the Bad Luck Foot.”  Tell me a little about that.

T: That’s right.  That was actually a short film project that I worked on, me and a bunch of fellow classmates, with our teacher over summer.  So it was not actually a school project, but it was something we did with our teacher.  It ended up doing pretty well.  It went to some festivals, and won a couple of awards here and there. So it was really fun to be a part of.

K: I see – I wasn’t sure exactly how you got involved with it.  That’s cool.  So after school, you and your classmates decided to work together.

T: Yeah, the teacher came up with the idea, and he put a group of us together.

K: Awesome.  So, from looking at your artwork, I couldn’t tell exactly how you draw most of your artwork.  Do you draw it freehand, or use a computer for most of it? 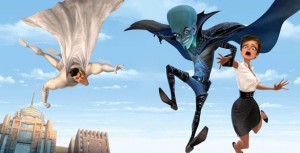 T: A lot of what I do now is done on the computer. So we have something called a Cintiq, which is basically a big tablet screen that we can sort of draw right on.  And it doubles as a computer monitor.  So we can do our drawings on there, and we do pretty much everything in Photoshop.  So draw on there, and then add the different layers of color and different things to build it up.

K: I know a lot of people are going to tablets, but the old ones are pretty hard to use.  But with the new ones, you can draw right on the screen?

T: Yeah, exactly.  And if you go to wacom.com, you can take a look and I’m sure they have a demo where you can see exactly what it is.  But yeah, it’s exactly that.  It’s sort of a little computer monitor that you can draw right on.  It takes away that disconnect between the drawing that you do on a regular tablet, where you are drawing down here and looking up at the screen to see what you are doing.  It gets a little confusing.

K: So for “Megamind,” is that device what you did your artwork on?

T: It is.  I work in story here, so we do a lot of storyboarding.  We all use the same stuff, and draw in Photoshop and that’s pretty much how we do are thing.

K: So tell me a little bit about that process, when you are working on the storyboard, and how it works. 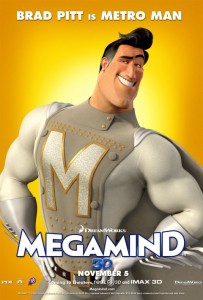 T: We get the script, basically straight from the director. He will give us a little portion of it or a little sequence to work on, and sort of kick us off with his thoughts and ideas for it.  Then we will just take the script and basically break it down into sort of a comic strip form, and start drawing it out.  Planning out some of the staging, and where the characters are moving, and trying to nail some of the general acting beats. Then those go on to the next department, which is the computer layout.  And then animation sort of has a blueprint to work from.

K: So when you started off working on films like “Madagascar 2” and “Monsters vs. Aliens,” did you go right to the computer or did you do any traditional stuff?

T: You know, when I started interning here they were just transitioning from drawing on paper with pencils still, pinning up the boards and doing that sort of thing. So I did a little bit of that right at the beginning.  Then about half way through the internship is when everybody started moving towards the Cintiq.  Then by the time I was actually offered the job, and started working full time here, I was fully transitioned to the Cintiq and digital work.

K: So the way you got a job there is by taking an internship during school?

T: Yeah, they came to our school looking for interns.  So a bunch of my classmates and I submitted portfolios.  And I ended up being one of the ones who was chosen for the internship.  And then that lead directly into the job, which was fantastic.

K: I bet it was a dream come true.

K: So tell me a bit about “Megamind” and what it’s all about.

T: I’d say it’s sort of a superhero comic book story, looked at from a different angle. We tried to do it in a way that is sort of new, and different from the other comic book movies that you see out there right now. It’s definitely comedic, and definitely an action movie.  And there is a little bit of a love story in there too.  So I think it should be pretty pleasing to a pretty big audience.

K: It looks great from the trailer.  But most of the DreamWorks stuff
has been, so I’m not expecting any less from “Megamind.”

K: So what was it like working on this project?  Did you get to meet any of the voice talent?

T: As far as the voice talent goes, a lot of that is done down in LA or up in New York.  We pretty much are kept separate from that process. We work with the director, but as far as the actual celebrity names – we don’t really interact with them too much.  But it’s such a cool collaborative experience working with the rest of the story guys, and the director.  You have all these different people, with all these great ideas.  It keeps it fun, and fresh – and interesting.

K: How long would you say it takes from beginning to end for your process? 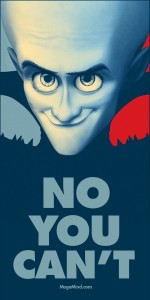 T: That’s a tricky question.  It sort of varies from project to project.  For the ones I’ve been involved with so far, the whole process takes about 3 years from start to finish.  As a storyboard artist, you are one of the first people on.  But you can also be on almost until the very end.  With “Megamind” for example, I think I was still boarding on it until August or maybe even sometime in early September. And the movie comes out in November.  So that’s really a span of only two months where we are finished with our part.

K: Wow, that really is working on it from beginning to end.

T: Yeah, definitely.  And it’s cool to be a part of the whole process and see it really take shape and take form. To see where it starts and where it ends, and how far it has come from the first little idea to the final product.

K: So this project lasted about 3 years?

T: I was brought on about a year and a half ago.  But it had already been going on for maybe a year or a year and a half before that.  There were some big changes; they had a different director and a pretty much different story at the beginning at the first pitch of it. Things change, and they bring in new people and new directors take over. Once that happens, the whole project can change.  I was brought on right as the director switch happened.

K: Have you had a chance to see the final product?

T: Not yet – I am actually going to see it this weekend.

K: I bet it’s a great feeling to see it after all the hard work and time you have put into it.

T: Yeah, it’s a really cool feeling and I can’t wait.  They actually had a screening of it last weekend up here in San Francisco, but I was actually in St. Louis at the time.  So I missed out on that one.

K: Do you know of any new software or technology that was used in the creation of “Megamind?” 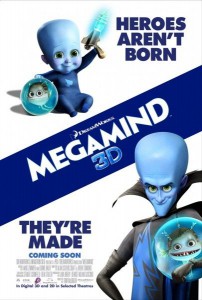 T: They do have their own proprietary software that they are constantly working on making better, and making it as quick and fast for the animators to use as possible.  I don’t know a whole lot about the specifics, but I think it’s based off of a 3D “Maya” type of software and we made our own.

K: Do you have any new projects coming up soon, or that you are working on right now?

K: I hadn’t read about that yet.  When is it set to be released?

T: 2012 I believe is the current release date.  As long as the world doesn’t end, our movie should come out!

K: Well, I’m really looking forward to seeing “Megamind.”  Thanks for sharing a bit with me about the process, and all the hard work that goes into making a movie like this.

T: Definitely.  Thanks for the call.