Henry Cavill Is The New Superman 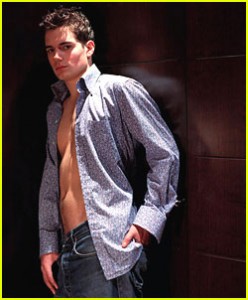 In the pantheon of superheroes, Superman is the most recognized and revered character of all time, and I am honored to be a part of his return to the big screen. I also join Warner Bros., Legendary and the producers in saying how excited we are about the casting of Henry. He is the perfect choice to don the cape and S shield.

That is what Zack Snyder had to say this morning after Warner Brothers announced that Henry Cavill will indeed be playing Superman in their next film.  I think it is interesting that after we heard a lot of rumors about them casting an older Superman that would fit the Jon Hamm description that the studio once again cast a younger guy.

Henry Cavill is not known to a wide audience.  He is a regular on The Tudors which I have never seen.  He has also appeared as a supporting character in some bigger films including Stardust, Tristan+Isolde, and The Count of Monte Cristo.  He has two more films that will be released later this year, but it is easy to say that this is by far his biggest project yet.

What do you think of this choice?  Is he fit to wear the blue tights?